The play 'Waiting for Go' by Elspeth Tilley will be performed in London as part of this year's British Theatre Challenge. PHOTO: Trevar Alan Chilver

Elspeth Tilley is taking Wellington to the West End with a candid look at our daily lives through the eyes of a Kiwi road worker.

The Massey University associate professor has turned one sleep-deprived week into an award-winning play, Waiting for Go, soon to be performed at Stockwell Playhouse in London.

Tilley had anticipated a quiet week off work at her Karori home but much to her despair a road works team parked right outside her bedroom window.

“They had all these trucks and a portable room they were practically living in, and every morning really quite early they would play this really loud hip hop music.  I was so angry about it.” 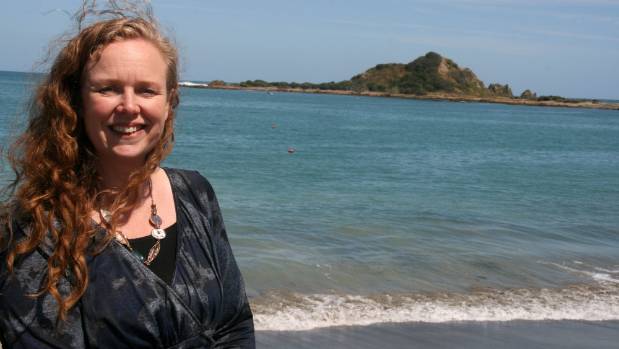 Unable to escape the noise, Tilley wrote down snatches of their conversation and was stopped in her tracks by the workers’ insights and humour.
“I didn’t use their exact words, I was just inspired by their tone and the way they carried on with each other. They were always teasing each other which was really quite cool.”

What she heard made her question why we all rush everywhere, polluting the planet as we go, failing to take the time to enjoy life.

One simple, clear message came through – just slow down and be still.

The workers’ snippets of dialogue struck her as theatre gold resulting in a 10-minute play Waiting for Go, now one of the 10 winning plays of this year’s British Theatre Challenge.

Tilley had been interested in climate change since she wrote for Climate Change Theatre Action in 2015 which made her think about her own behaviours and attitudes.

“We drive through road works every day and I think we sometimes dismiss the people working there as if they’re just a mannequin holding a lollipop sign, but they’re human beings with personalities.

“These guys were really cool, they were funny, they were insightful, and they had a real community.”

Written in homage to Samuel Beckett’s classic of modernist theatre Waiting for​ Godot, the play premiered in Australia, and has also been performed in Manila and Dubai albeit unbeknownst to Tilley.

The New Zealand premiere will be held in Queenstown as one of the top 10 finalists of Pint Sized Plays New Zealand.

“I’m really happy that a few things with political messages about climate change are getting picked up. I had a fear that people wouldn’t like a political message, but I think if you find good characters, that becomes the vehicle that gets the message across.

“It’s finding those stories that don’t get told, and I’m very lucky I’m in the privileged position of being able to amplify them.”

– As published on Stuff

“Just a girl with a guitar”

Garage music to the Max