Calls for malnutrition screening for at risk elderly

New Massey University research highlights the importance of screening for risk of malnutrition among older people as a preventative health measure. 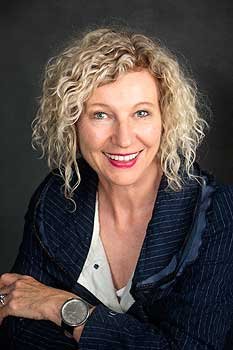 New Massey University research highlights the importance of screening for risk of malnutrition among older people as a preventative health measure.

Researchers from Massey’s School of Sport, Exercise and Nutrition co-authored a paper entitled High nutrition risk is associated with higher risk of dysphagia in advanced age adults newly admitted to hospital, which was recently published in Nutrition & Dietetics.

Associate Professor Carol Wham led the study, and says it aimed to establish the prevalence of malnutrition risk and associated risk factors among adults of advanced age (85 years and older) newly admitted to hospital.

Dr Wham says more than two thirds of the participants were malnourished or at risk of malnutrition, and a third were at risk of dysphagia (swallowing difficulties).

“Among this vulnerable age group we found a high prevalence of nutrition risk. At present nutrition screening in primary care is under-used. However targeting those who are vulnerable, such as the frail elderly, has the potential to improve health outcomes and may help prevent hospitalisation. Over half of our participants had a low BMI [body mass index] and more than two thirds had five or more health problems or were taking five or more prescribed medications. They are an easily identifiable group. Intervening to improve their nutritional intake may prevent or delay health problems at least partially attributed to malnutrition."

She says advanced age adults are more susceptible due to the presence of chronic disease, depression and social isolation. “These things can act synergistically, making them more nutritionally vulnerable.

“Malnutrition can become entwined in a vicious cycle for older adults, as it is often interlinked with reduced immune function, weakening their defence. Vulnerable people may experience longer hospital admissions, higher mortality rates and are more likely to need long-term residential care. Regrettably, once admitted to hospital malnutrition may not be detected, and there is a tendency for nutritional status to considerably worsen over 10 days of hospitalisation.”

Dr Wham says the use of a screening tool at the time of hospital admission has been shown to improve the identification of malnourished frail individuals and reduces the length of hospital stays.

“Malnutrition and swallowing difficulties significantly affect quality of life and are costly to individuals, families and the community. Simple intervention measures to manage under-nutrition, can make a substantial difference.”

She would like to see awareness around malnutrition in older people given a higher profile. “This issue should not be considered a ‘normal’ part of ageing. It needs to be higher up the political agenda.”

The study was conducted in Auckland, between June and August 2015. Among the participants, two thirds were widowed and nearly half lived alone.