David Seymour delivered the winning line in Parliament while discussing police protection of Deputy Prime Minister Grant Robertson from protesters. One of the protesters was carrying a lamington.

The top quote was decided by public vote, with Seymour’s one-liner attracting 27 per cent of the 2451 votes cast.

This is not the first time David Seymour has featured in Quote of the Year. In 2015, he came third in the competition with his “The French love the coq” slip-up, which he made when discussing whether national emblems should be on flags.

Why the lamington quote prevailed

Speech writing specialist Dr Heather Kavan said the best quotes tell a story and this is an ‘only in New Zealand’ one.

Also, the scene is easy to imagine as Kiwis are partial to lamingtons, both as a weapon of protest and a treat to be eaten.

The popularity of the quote was unaffected when, on the fourth day of voting, Prime Minister Jacinda Ardern referred to Seymour as an “arrogant prick.”

“The lamington upstaged everything, from people and personalities to serious matters of personal safety.” Dr Kavan says.

Dr Kavan says David Seymour used a sophisticated rhetorical device to talk about the lamington, although this may have been unconscious.

“The quote is what speech writers call a ‘reversible raincoat sentence’ where the second part of a sentence reverses words in the first part.

“Reversible raincoat sentences are quite an art form. Because of the high-level verbal gymnastics involved, we wouldn’t usually hear them in a discussion about lamingtons,” she says.

“Of all the quotes, this one is likely to have a strong ripple effect. There may be young people in the crowd who are so inspired by Ruby Tui that they do something great in years to come,” Dr Kavan says.

Third place went to Jacinda Ardern’s comment about whether Barack Obama and John Key would be asked the same question that two female prime ministers were asked.

Votes for this quote rose steadily, unaffected by Ardern losing her cool and making her infamous “arrogant prick” remark about Seymour.

Fourth place went to comedian Alice Snedden’s one-liner about wanting to be a “good person with as minimal inconvenience as possible.”

Dr Kavan says people related to the sentiment and the quote was especially popular with Kiwis living abroad.

But what about the Wizard?

The Christchurch Wizard’s quote “I was born to disrupt things” came in eighth place. It is not known whether he cast a spell on the poll, but the number of votes for Seymour’s quote was 666.

“New Zealanders tend to like quotes that are humorous or irreverent. I think that shows open-mindedness. Also, several studies suggest there’s a link between sense of humour and high intelligence.”

Quote of the Year poll open for voting

Quotes about women’s rugby, Bird of the Year and a threatened lamington have made this year’s list of top New Zealand quotes. 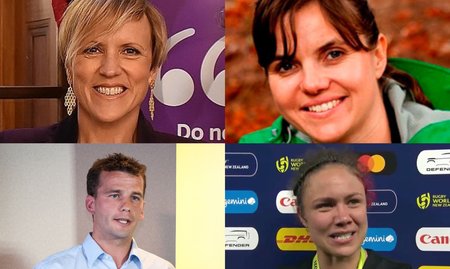 COVID-19 Response Minister Chris Hipkins' slip of the tongue has taken out New Zealand's Quote of the Year competition, beating a toddler's response to seeing a goat by a mere 0.5 percent of votes. 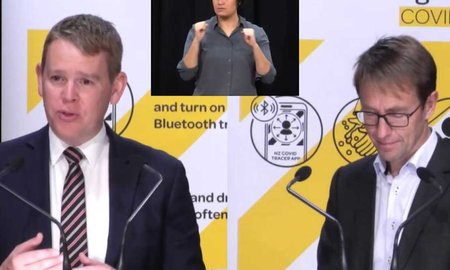