The research report highlights the unique challenges and opportunities faced by people starting a business later in life, and how they could be better supported.

With Aotearoa New Zealand’s workforce ageing, researchers from Massey University are calling on the Government to invest in support and resources for older people who are starting their first business after the age of 50, to maintain and extend the working lives of older people.

Massey University’s Health and Ageing Research Team (HART) has today released the report Senior Entrepreneurship in Aotearoa New Zealand which outlines how senior entrepreneurship is an unrealised opportunity for the country.

The research provides valuable information on the unique challenges and opportunities faced by people starting a business later in life and gives a better understanding of how policymakers can offer more suitable and directed support for senior entrepreneurs.

HART Co-Director Professor Fiona Alpass says that while the increasing number of senior entrepreneurs is a global trend, this research was the first major study to examine it in New Zealand.

“While the ageing of the workforce is often conceptualised as a problem, there are in fact opportunities and benefits to all of society in maximising the participation of older New Zealanders in the workforce,” Professor Alpass says.

“Older workers contribute to the economy by addressing labour shortages and facilitating the transfer of skills and knowledge. Contributions to society by older workers also have economic and psychological benefits for the individual. Promoting senior entrepreneurship through targeted policy development provides an opportunity to recognise and realise these benefits.”

Data from the first 18 months of the COVID-19 pandemic showed a significant growth in the number of people reporting as self-employed with no employees. The growth rate of people aged 50 and over was 10 per cent, compared to two percent for those under 50.

“Starting a business later in life is an activity that increasing numbers will aspire to, and need to pursue given demographic trends, economic realities and the challenges older workers face in employment,” report author and founder of Senior Entrepreneurs New Zealand Geoff Pearman says.

“The suite of recommendations in this report calls for a narrative in respect of ageing, life stages and entrepreneurship that reflects the changes that are taking place; and to empower those who may want to explore the option to start a business later in life.

“To achieve this will require a concerted effort by Government and the key players in the innovation eco-system to become more inclusive and to develop policy and programmes that address the needs of aspiring senior entrepreneurs.”

The recommendations are grouped into five areas for action, which includes the need for the Government to build a robust evidence base and policy response.

Other action areas include changing the way people think and talk about both ageing and entrepreneurship, and a stronger focus on the later life stage with improved access to advice and support, including the need for customised programmes that enable people to better navigate this stage and start a business. Local innovation eco-systems also need to become more inclusive inconnecting with non-traditional start-ups.

The research, which included targeted survey data, in-depth interviews, focus groups and community workshops, identified five motivations as to why people venture into business later in life, instead of taking the usual path of retirement. These motivations include people who want a change of direction, or to make a difference, those who are forced to find new income streams due to necessity, those who wanted to embrace new opportunities, and those who saw going into business as an investment.

Research participants had started a range of new businesses, such as art dealership, clothing production, eco-tourism and becoming a celebrant.

While entrepreneurs are usually expected to be younger, older workers possess decades of experience, as well as transferrable skills, knowledge and networks, which form a great basis from which to build a business.

“A major finding of our research was that people simply did not know how to access the services that were available, and if they did, the fit with their needs wasn’t always evident. Hence the argument for more inclusive and responsive innovation eco-systems at a local, regional and national level," Mr Pearman explains.

HART have also launched a new website Better Work in Later Life with resources and a self-assessment tool to equip older New Zealanders with the information they need to start a business.

This research was funded through the Ministry for Business Innovation and Employment Endeavour Fund 2017-2022. This project was a component of the wider Maximising Workforce Participation for Older New Zealanders: Opportunities, Challenges and Prospects research programme undertaken by HART at Massey University.

Over 55s needed for survey on ageing in NZ

Massey University researchers are seeking 400 people aged over 55 to do an online survey that will contribute to research and knowledge on health and ageing in New Zealand. 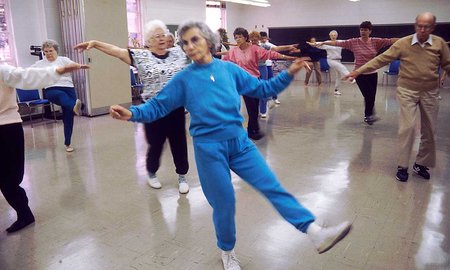 Most NZers enjoy good health as they age: report

Most New Zealanders are doing well in terms of health and wellbeing as they age, challenging the idea that health inevitably deteriorates as we reach retirement years, say Massey University authors of a new report. 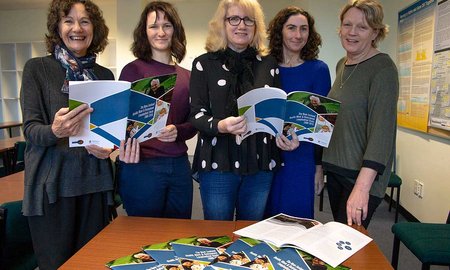 Older caregivers and entrepreneurs a focus of study

Should you launch your first business when you are over 50? How does caring for a loved one fit around paid work in later years? These are among new topics canvassed in the latest biennial survey by Massey University psychology researchers running a longitudinal study on health and ageing in New Zealand. 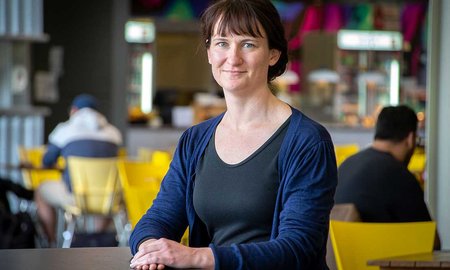