Plant-based beverages are expensive and provide only a small fraction of the nutritional goodness of cow’s milk, according to a new study.

The study, published in Frontiers in Nutrition last month, assessed the nutritional profiles of a range of plant-based beverages, such as soy, oat, coconut, almond or rice drinks, and compared them to standard bovine milk. Researchers collected 103 plant-based products from supermarkets in Palmerston North, New Zealand.

The drinks were found to have much lower quantities of the 20 nutrients measured, such as calcium and protein, and were significantly more costly than cow’s milk.

One of the study’s authors, Riddet Institute Professor of Nutritional Sciences Warren McNabb, says plant-based beverages were often marketed as alternatives to ruminant milks such as cow’s milk, and consumers could easily believe they were nutritionally interchangeable.

He says the new research demonstrated they were not the same and in fact it was 'nutritionally risky' for consumers with high nutrient demands like pregnant women and young children to replace cow’s milk with plant-based products.

“Milk as a food supplies 49 per cent of the world’s calcium. It’s one of the most important things about milk," Professor McNabb says.

The independent study first surveyed the prices and nutrition labels of the products, before nutritional content was analysed in an external accredited laboratory. Selected almond, coconut, oat, rice and soy products were tested for their macronutrient and mineral content.

“One of the researchers noticed that on storage you get a really thick layer of semi-solids on the bottom and then a watery layer on the top. He wondered what happened to the distribution of nutrients with sedimentation," Professor McNabb says.

Further tests were done before, and after shaking the products, it was found that many of the nutrients like protein and calcium remained in the sediment in the plant-based beverages if you did not shake the product before consuming. This was not the case for the cow’s milk.

The protein content of cow’s milk was in the range of 3.3-3.9 grams per 100 grams, and Professor McNabb says only soy drink had a comparable content to cow’s milk, with all other plant-based beverages containing less than 1.1 grams of protein per 100 millilitres, on average.

Most plant products were ultra-processed and fortified with calcium and minerals, with additives like sugar, fats, hydrogenated oils, hydrolysed proteins, flavours or thickeners. Oat and almond beverages contained as little as the equivalent of half a cup of oats or six almonds in 250 grams of product.

The plant-based beverages were often promoted as having no added sugar, but Professor McNabb says milk also does not have added sugar.

“Lactose (in milk) is also poorly converted to glucose in the body, which means milk is quite low in what we commonly call sugar.”

He says plant-based beverages have plant equivalents to sugar that do convert to glucose in the body.

“And that is why plant-based beverages often have a natural sweetness and don’t need added sugar. But they cannot be considered low in sugar.”

He says the argument for alternatives being more environmentally sustainable also did not stack up when considered in the light of how much product would need to be consumed to achieve the same nutritional benefits as conventional milk. With some plant-based beverages, you would need to have eighteen serves to get the same amount of protein, for example, as a single serve of milk. This comes at a much higher cost to the environment - and the wallet.

But it was not all bad for the alternatives. Professor McNabb says plant-based beverages do supply some nutrients that milk does not, such as fibre.

“Our final conclusion was the plant-based beverages and bovine milk were not nutritionally similar in any way. They are completely different foods. If you want to use alternatives, do so, but do not consume them with the belief that they are nutritionally similar substitutes for cow’s milk.”

This was the first study to analyse the actual content of plant-based milks available in Aotearoa New Zealand. The study, Nutritional assessment of plant-based beverages in comparison to bovine milk, was published in Frontiers in Nutrition on 8 August 2022.

A video summary of the research can be viewed here.

Massey scientists are cream of the crop at international dairy award

Riddet Institute scientists from Massey's Manawatū campus have won half of the top prizes in an inaugural International Dairy Federation award. 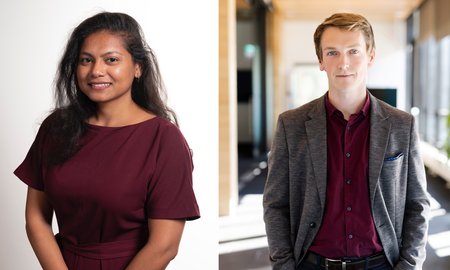 A team of PhD students from the Riddet Institute, hosted by Massey University, have been selected to present their project idea to a panel for the international QING Innovation Track competition hosted by Wageningen University & Research in the Netherlands. 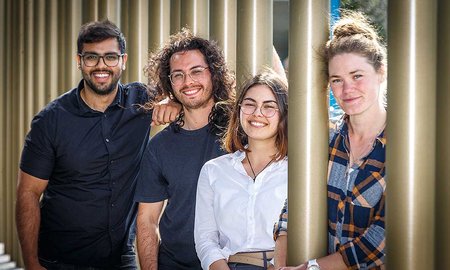 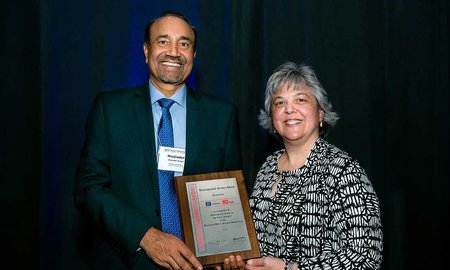