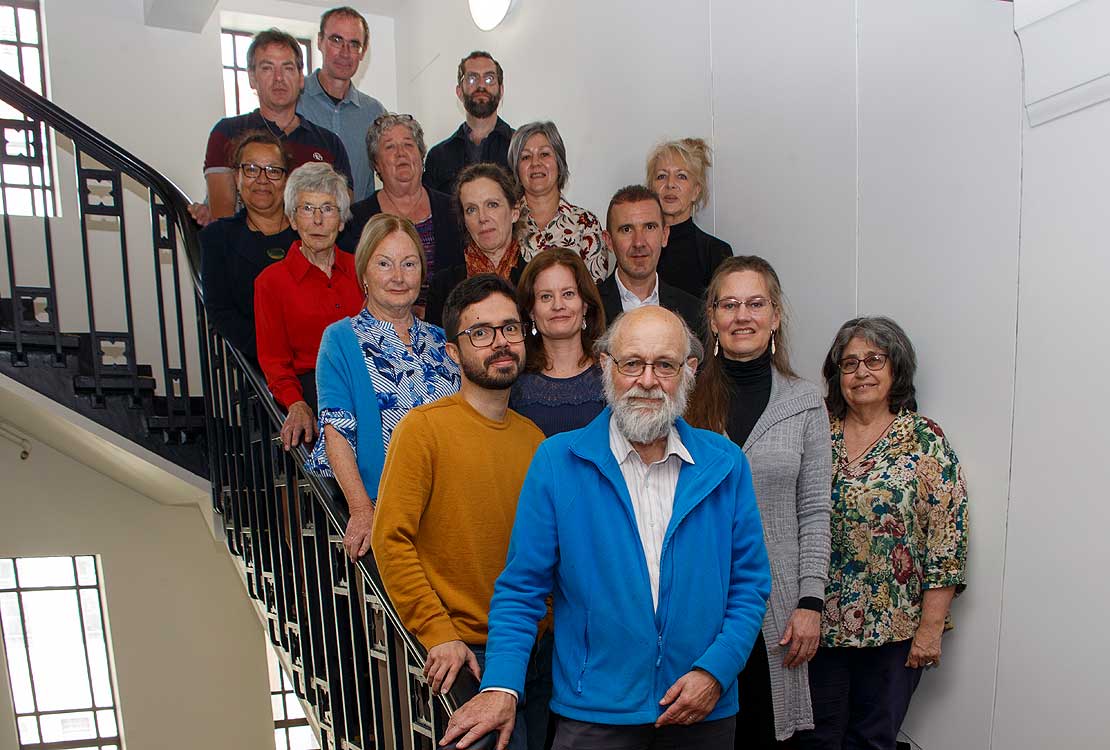 The crème de la crème of New Zealand's French language scholars at the 2020 French Inter-University Seminar at the Manawatū campus.

Adapting to teaching French online during lockdown, new thinking on literary translation, and how to forge closer connections between secondary schools and tertiary French language programmes were among hot topics at the annual French Inter-University Seminar hosted by Massey University last week.

Around 15 academics attended the annual event, which is hosted in turn by one of the six French teaching departments in the country. It is a chance for all university French programmes members in New Zealand to get together, present on their research, share thoughts about the situation of French in Aotearoa/New Zealand, and to connect with current master’s and PhD students.

French language academics discussed the challenges they faced switching from face-to-face to online teaching during the pandemic lockdown, although this was not an issue for Massey students because the French programme has been delivered exclusively online for several years, says Associate Professor Grenaudier-Klijn.

The growth in literary translations of New Zealand fiction into French, and vice versa, highlighted a new approach in which the identity of the translator is more evident. “The idea is that the translator is not a machine – they can bring their own sensitivities and perspectives to the work,” she says.

Attendees talked about the need to strengthen links with schools. They also expressed a wish to forge stronger collaborative connections and peer support across university French departments, including sharing teaching materials on specialist topics. They identified a need for more resources and support for students from lower socio-economic backgrounds who may not have ready access at home to a laptop, Internet connection or study space.

Despite uncertainty about enrolments for 2021, there was a positive outlook among the group, with around 10 PhDs in French in progress across New Zealand universities.

French remains a language with kudos in the world of politics and diplomacy, as well as through the influence and popularity of French cinema, literature, fashion, food, food and culture, Associate Professor Grenaudier-Klijn says.

Looking ahead, she says another influence that could propel French language to the forefront on the world stage is the anticipated doubling of the population on the African continent by 2050. With that, a number of French-speaking African nations (including former French colonies such as Senegal and Ivory Coast) will likely have a stronger voice in global issues. She envisages potential opportunities to engage with French language teachers from these nations for cultural, academic and pedagogical exchanges. 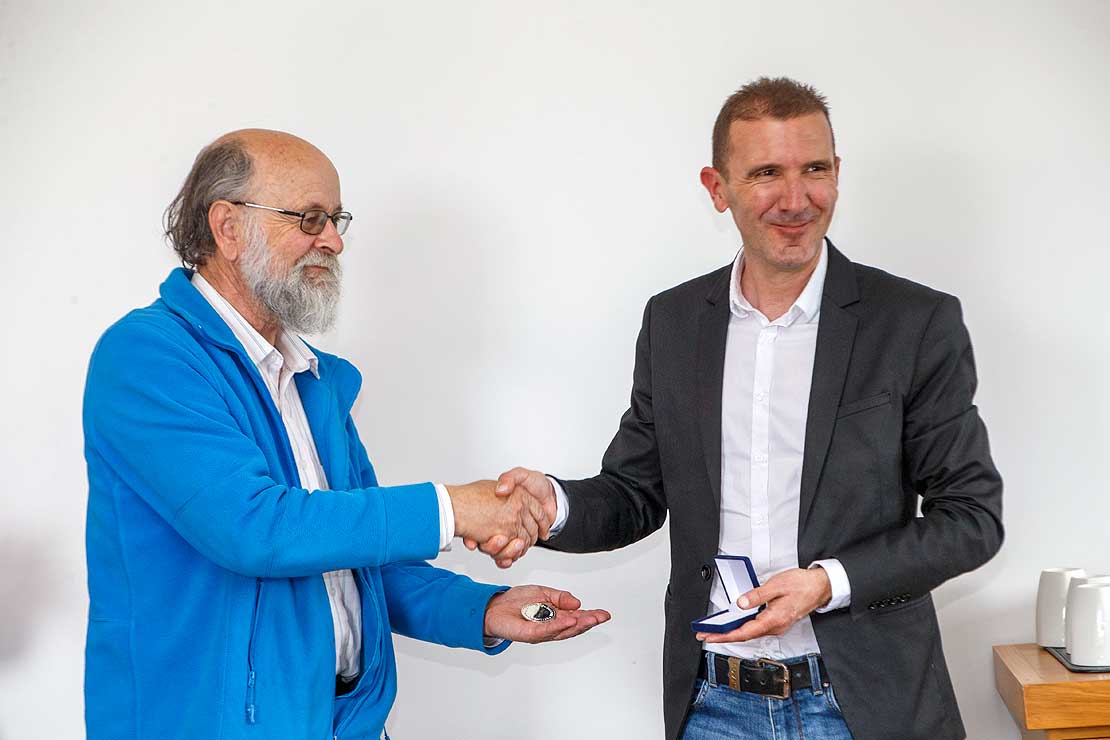 The seminar culminated in the presentation of the John Dunmore Medal to Associate Professor Peter Low, Adjunct Senior Fellow in the Department of Global, Cultural and Language Studies at the University of Canterbury. The medal is named after Professor John Dunmore, who was appointed as foundation lecturer in French at Massey in 1961, where he remained for 20 years.

The medal is awarded annually in recognition of a major contribution to knowledge and understanding of the part played by the French people or the French language in the development of historical, intellectual, scientific, economic or other aspects of world culture, preference being given, although not exclusively, to the Pacific region. 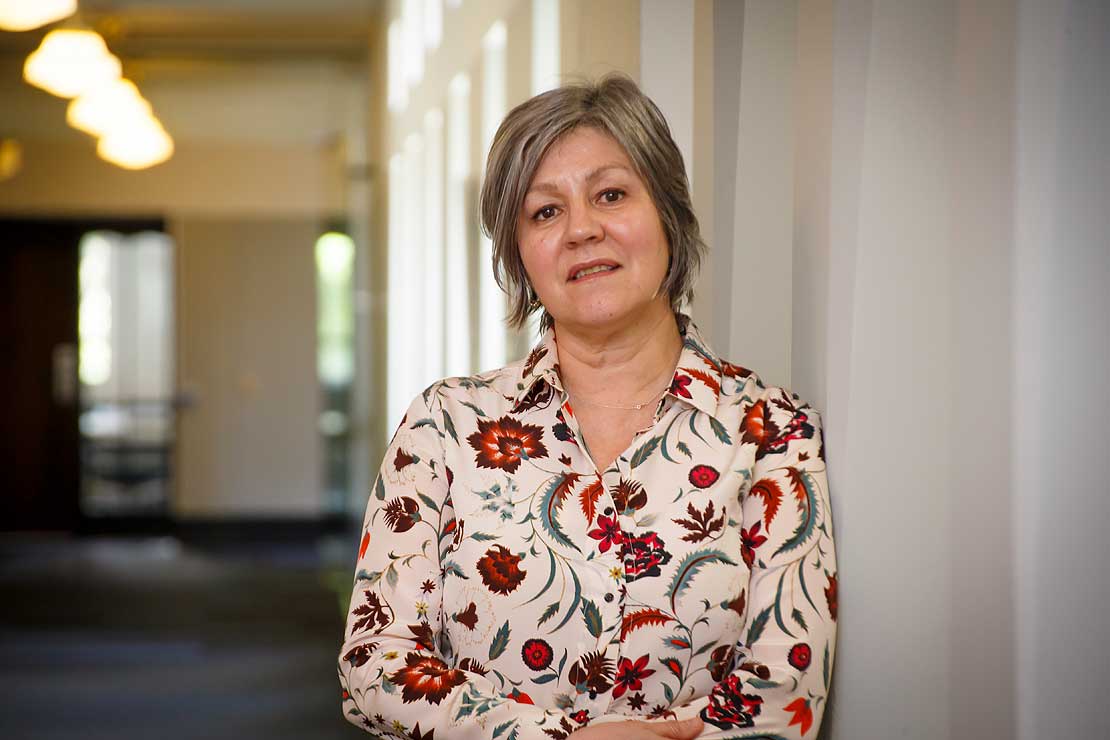 French at Massey: a few facts

French was one of the first six subjects taught at Palmerston North University College, a branch of Victoria University of Wellington, officially opened in March 1960, says Professor Cropp, who began her career at Massey almost 60 years ago when she joined Professor Dunmore as the second lecturer, in 1963.

In its early days there were full-time and part-time students attending classes and extramural students studying, mainly part-time, in different regions. Extramural teaching relied on a postal service, consisting of printed study guides prepared by lecturers, and audio tapes, with off-campus weekend courses and vacation courses on campus.

The French programme offered language, oral and written communication skills, together with one or two papers in literature and civilisation/culture, including French literature from the Middle Ages to the contemporary era. Students were encouraged to go to France or New Caledonia to gain further language competence and to experience the French way of life. French Government Teaching Assistantships assisted graduates. A few undertook post-graduate study in a French university.

Extramural/distance/online teaching and learning of modern languages have been challenging, says Professor Cropp.  “At the outset audio tapes and recorders were relatively new equipment, expensive and difficult to operate. Teaching material prepared for overseas institutions seldom seemed appropriate in the New Zealand context.

But she says technology has since greatly improved the situation for teachers and learners, with access to video material and the use of computers and the Internet so that; “distance online teaching is a general and accepted mode of learning a modern language now.”