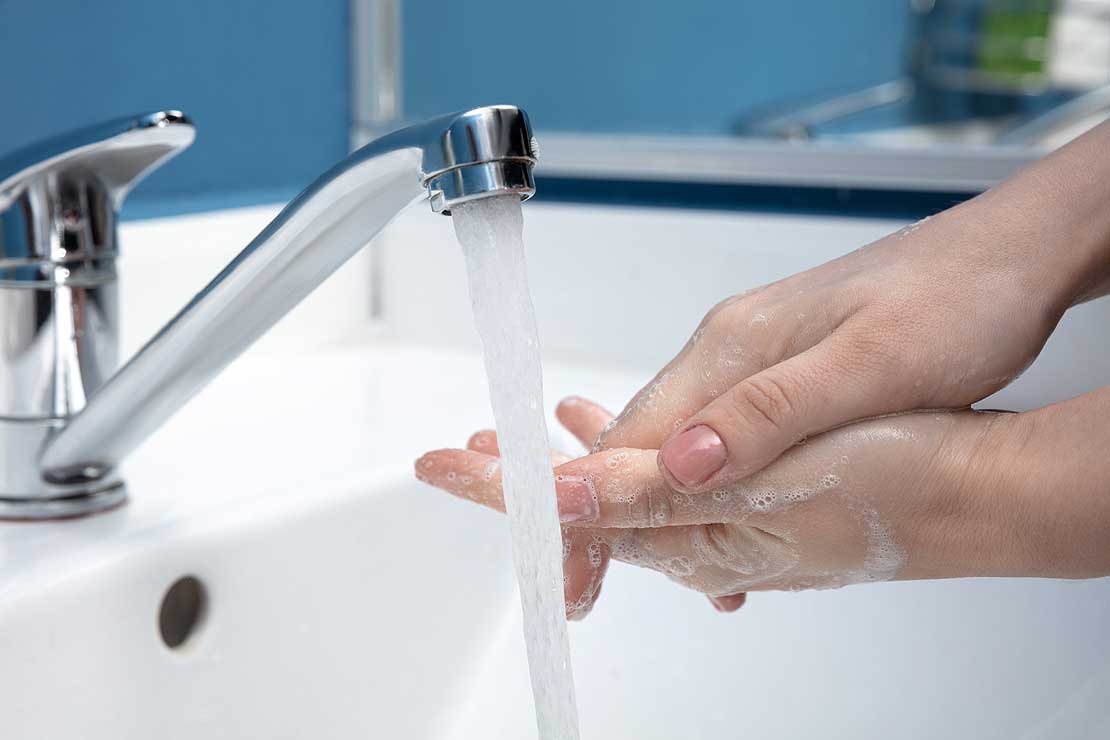 The US Government's messaging around Covid-19 preventative measures changed under different leaders. 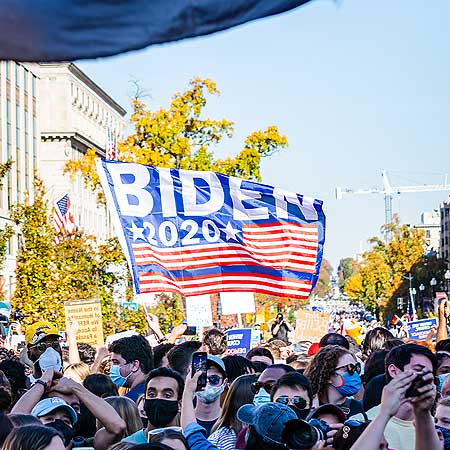 Democrats during a rally in the 2020 US presidential election. Republicans during a rally in the 2020 US presidental election.

New research has found handwashing and mask-wearing in the United States since the 2020 election have decreased among Republicans as a sign of loyalty to outgoing President Donald Trump while these behaviours have increased among Democrats.

Head of the School of Communication, Journalism and Marketing Professor Stephen Croucher, alongside Senior Lecturers Dr Niki Murray, Dr Doug Ashwell and Shawn Condon and Lecturer in Digital Marketing Dr Phoebe Fletcher have carried out a longitudinal study that examined whether the adopted COVID-19 preventive behaviours of Democrats and Republicans changed over a long period of time after the election and whether political bias played a part.

The 2020 United States presidential election was a key focal point in the COVID-19 debate. The election took place in the midst of growing cases, debates over the efficacy of mask-wearing, other preventive behaviours (like social distancing), rampant misinformation spreading about COVID-19, growing fears over the virus, and mounting economic and political division across the nation.

Under the leadership of President Donald Trump, Americans were told mask-wearing and other preventive behaviours (including lockdowns) were not necessary, while actions such as handwashing were encouraged. After the inauguration of President Joe Biden, the Government’s messaging changed to be in favour of preventive measures and Americans were encouraged to wear masks, social distance and wash hands regularly.

“We applied several social-cognitive models of health behaviour to determine what motivated individuals to increase or decrease the use of these preventative measures,” Professor Croucher says.

“Using a longitudinal-panel study, participants were asked a range of survey questions about their demographic, how often they washed their hands after being in a public place, how often they wore a mask inpublic, and a Fear of COVID-19 scale modified from the Fear of HIV/AIDS Scale,” he adds.

These particular demographics were chosen to ascertain how the dominant ethnic and social population has responded to the COVID-19 pandemic and preventive measures.

The results also suggest the belief that the virus is a public health concern did not influence the frequency of handwashing and mask-wearing. “Results showed fear of exposure to the virus, or fear of contact with the virus, decreased the likelihood of adopting preventive behaviours. We attribute this result to people tending to socially distance from those they do not know.”

Professor Croucher says the increase from Democrats may be a result of several factors; United States President-elect Joe Biden and Vice President-elect Kamala Harris both appeared speaking wearing masks when the election result was clear. He suggests they may have acted as strong role models to Democrats illustrating how easy it was to wear masks in public, thereby increasing feelings of self-efficacy among their supporters to wear masks and increase their handwashing.

Professor Croucher says the evidence supports the Social Determination Theory; a framework that suggests a person’s political affiliation might influence their decision to adopt health preventive behaviours because they desire to seek approval from others affiliated with that particular political ideology and/or alternatively they feel pressured by those with similar political affiliations.

“Democrats may have been more inclined to wear masks because of contingent rewards and social approval they would receive after the election, when the political rhetoric had changed to encourage mask-wearing and other health preventive behaviours,” he says.

“In contrast, the drop in Republicans wearing masks may be explained by their faith in then President Trump who downplayed the need for mask-wearing and social distancing and even encouraged defiance of such measures. When combined with his constant rhetoric of election fraud, those who believed in Trump may have increased their defiance of such measures to show their continued loyalty to the now former president.”

Professor Croucher says previous research has demonstrated a person’s political affiliation influences their decision to adopt health preventive behaviours as individuals desire approval from others in their political ingroup.

Opinion: Anxiety and the election – voter volatility in pandemic/politics mix
Massey researchers assess nation's mood as 2020 elections loom
Opinion: COVID-19 and the election: can we keep prejudice out of politics?