The Olympics: When athletes were men, nude and Greek 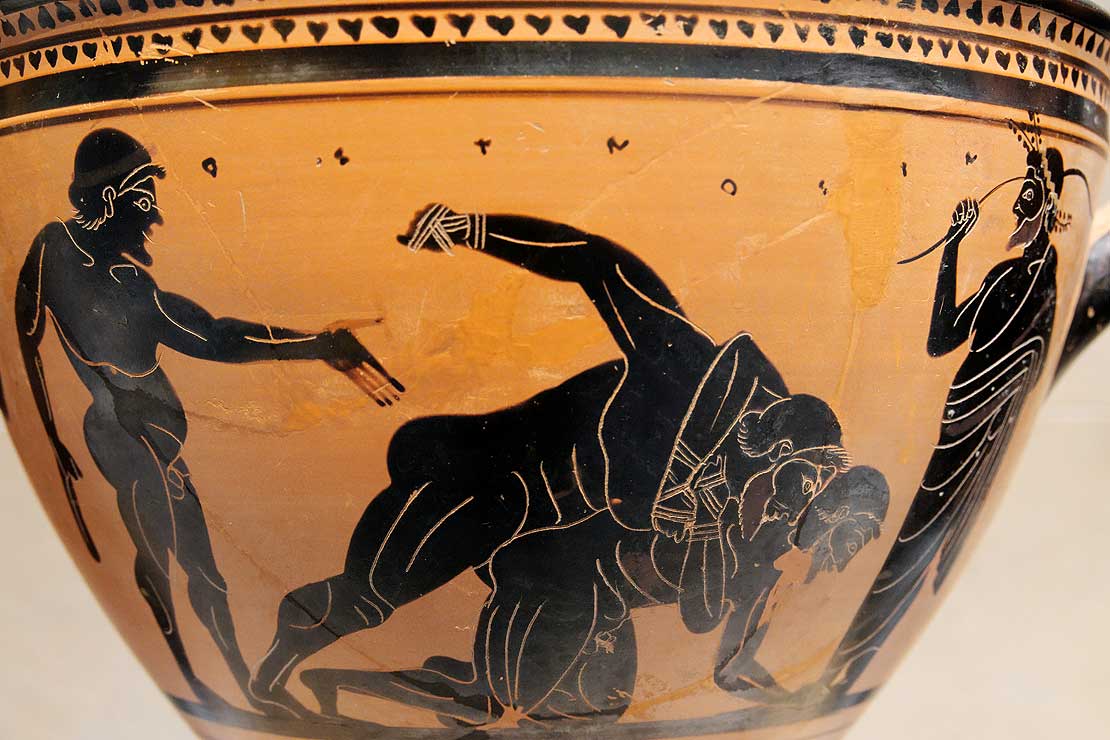 The Olympic Games have a rich history: The inclusiveness of Tokyo will be a world away from their origins in Ancient Greece where men from only the city states of Greece competed nude after prayers and sacrifices

More than 11,000 athletes from all over the world are competing this year in the world’s largest sporting attraction, the Olympic Games. The modern games are the greatest athletic legacy of the ancient world. The Greek Olympics were the pre-eminent athletic event, attracting the best athletes and held in honour of Zeus at Olympia for more than 1000 years.

But the modern games bear little resemblance to the ancient Olympics, and not just in the equipment used or style of execution. One of the main differences revolves around eligibility for participation: only freeborn male citizens who spoke Greek could compete at Olympia. This excluded women, non-Greeks, and non-citizens, a large majority of the adult population of ancient Greece.

Athletics was a male-dominated activity in the ancient world, and this remains the case to a large extent today. Even so, over 5,000 female athletes will participate in more than 300 events in Tokyo’s Olympics. By contrast, the ancient Olympics were strictly for men, though maidens could compete in foot races at a separate festival at Olympia, in honour of Hera, the wife of Zeus.

Few women could even attend the men's games. Married women, for example, were barred from attending the games, a breach punishable by death. We hear of a brave woman, Kallipateira, whose brother and father were both famous boxers, who disguised herself as a trainer to watch her son compete in boxing. The son won but when the jubilant mother leapt over the barrier her clothes fell off. She was not punished out of respect for her father, brother and son, all Olympic victors. But it was decreed that, from then on, trainers, like athletes, would appear naked when registering.

In patriarchal Greek society, there were separate ideals for men and women. While athletic training was an important part of free male citizens’ education, women (except in Sparta) were confined to domestic duties and closely supervised. The separate festivals for men and women at Olympia reflected this gender divide.

Strangely, even though women could not compete personally in the Olympics, they could still win from afar in equestrian sports. Since the Olympic prize in horse and chariot racing belonged to the owner, not the racer, women could enter their chariots or horses driven and ridden by hired charioteers and jockeys.

We hear of a double Olympic champion, Kyniska of Sparta, who won two chariot races that way. While she did not receive the customary olive wreath prize, she was allowed to place her statue in Zeus’s sanctuary and commissioned the following inscription: “I declare myself the only woman in all Hellas to have won this crown.”

The modern Olympics are truly international, with around 200 countries taking part in Tokyo. Competitors did gather at Olympia from all around the Mediterranean and beyond, but they were all Greeks, making the occasion much more nationalistic. For many centuries all and only Greek males were eligible to participate.

Then again, ancient Greece was not a single country but a collection of independent city-states, who were often at war with each other. So, a competition that stretched across political boundaries is surely worth applauding as a landmark of inclusion, even if such inclusivity didn’t stretch as far as we would like it today.

Nudity in both training and competing was an exclusive characteristic of Greek athletics. In fact, our word “gym” (gymnasium) derives from the Greek word gymnos (=naked) -- the place for naked exercise. Since other contemporary cultures regarded public nudity as shameful, this was another way to assert Greek identity and exclusivity.

Religion also played a part in excluding non-Greeks. Like all regular athletic competitions, the ancient Olympics were part of a major religious festival that began, ended and was peppered with religious worship and ceremonies (prayers, processions, sacrifices, dedications, oaths). And since religion went hand in hand with Greek identity, foreigners were excluded. By contrast, the modern Olympics are secular--their international extent would certainly make it impossible to find common religious expressions.

Sport was part of the education and leisure of free male citizens. The Greeks, especially of aristocratic background, believed in balancing mind and body, with physical training rigorously accompanied by mental training, and strove for excellence in both.

In theory, social status did not matter, because all classes of freeborn Greek citizens were eligible to participate in the Olympics. In practice, though, poorer citizens would not have had the same opportunities as the more affluent, because competing required a substantial investment in time and money. The often long and costly trip to reach Olympia and a requirement of training at home for ten months, and near Olympia for one month prior to the games, almost certainly limited entry to those who could afford the time and expense.

Wealthy and powerful individuals certainly dominated the expensive equestrian contests, because only they could afford to maintain a chariot and horses. But they rarely drove the chariots or rode the horses themselves; they usually employed charioteers and riders.

The horse and chariot races were spectacular but dangerous events. Horse riding was bare-back without stirrups; in the chariot race, rounding the posts at either end of the track was very tricky, and the lack of a barrier down the centre often resulted in head-on crashes and serious injuries. It is understandable then, that few aristocrats would want to risk their own lives competing in person. Surprisingly, though, the owners, not the hired drivers or riders, claimed the Olympic prize.

Today’s Olympians come from a variety of social backgrounds. Even though inequalities in participation in elite sport remain, there is always the possibility for athletes to land lucrative endorsements deals and sponsorships.

The Olympics have advanced greatly since ancient times. The International Olympic Committee recently announced that the wording of the Olympic oath, one of the most symbolic parts of the Olympics, has been modified to “highlight the importance of solidarity, inclusion, non-discrimination and equality.” And sending “a strong message of inclusive and gender-equal Olympic Games where women and men have equal prominence”, the IOC Executive Board will now allow the flag of each country to be carried jointly by one male and one female athlete during the Opening Ceremony in Tokyo.

So, as we gather in front of our screens this year to watch the athletes compete in the ultimate global sporting event in Tokyo, let’s appreciate and celebrate not just the passion for sport, achievement, and competition, but also the international and inclusive character of the modern Olympics.

Associate Professor Gina Salapata was born and raised in Greece and has been at Massey University since 1995. Her research revolves around Greek art, archaeology, sport and religion.

Ecology award the first given to a Massey recipient