Home > About Massey > News > Women philosophers on the rise

Women philosophers on the rise 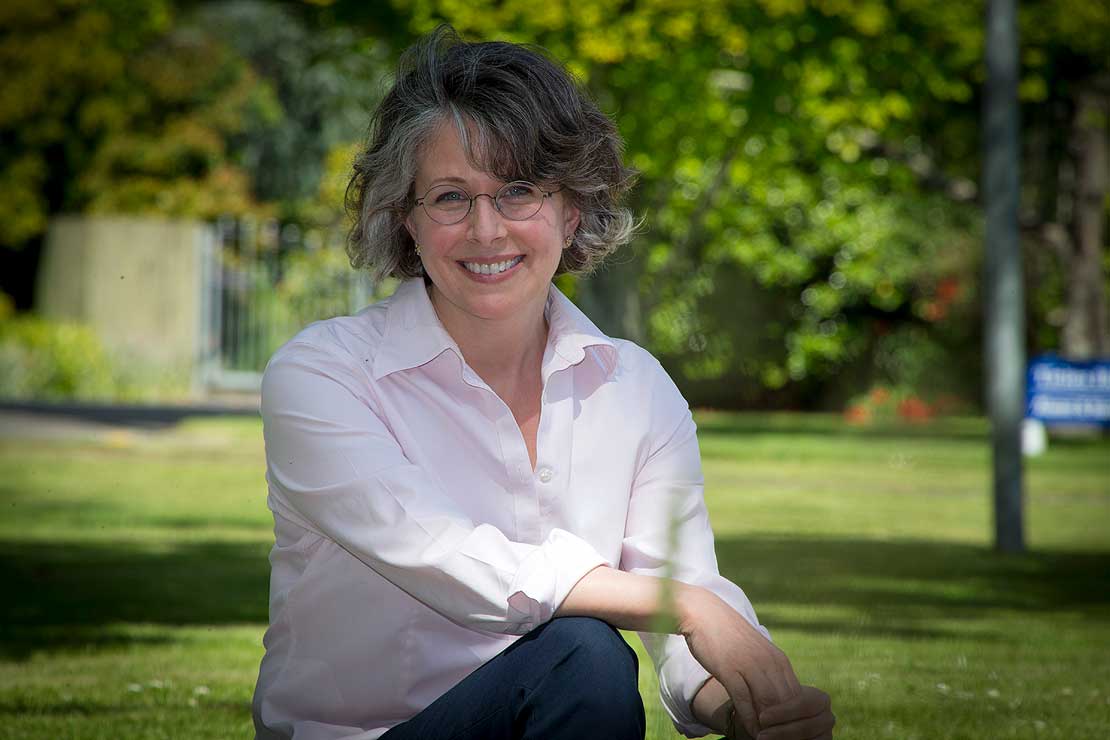 The clichéd image of a philosopher is a mature white man, bearded and bald, chin cupped in hand. Statistics confirm male dominance in the field more than 2400 years after Socrates founded Western philosophy, but Massey University is bucking the trend with a rise in women philosophers.

Associate Professor Adriane Rini, a philosophy lecturer in the School of Humanities, says World Philosophy Day on November 16 is an opportunity to highlight the place of women thinkers. Nearly half of Massey’s philosophers are women – including one of Māori and Tongan heritage.

“Over the past decade there have been numbers of stories around the world about how philosophy is a discipline that is not welcoming of women, with all sorts of problems about low participation and representation,” she says, referring to articles about gender inequality and discrimination in many philosophy departments published in the New York Times, the Washington Post and others.

A google search for ‘famous philosophers’ across the centuries is almost exclusively men, from Plato to Popper, Socrates to Sartre. It takes a bit of scrolling to find a handful of women among their ranks, including Germany’s Hannah Arendt, France’s Simone de Beauvoir, England’s Elizabeth Anscombe, and America’s Christine Ladd Franklin.

Dr Rini is heartened by “a different story here and now – we at Massey have very good numbers, with three women in our team of eight philosophers,” she says.

All three have helped to bring highly-competitive Marsden funding into Massey, including Dr Rini’s project this year (her fourth Marsden) – in partnership with Victoria University – on New Zealand’s most famous philosopher, Arthur Prior (1914-1969), ‘the father of tense logic’.

Dr Rini’s colleagues are Dr Krushil Watene, a senior lecturer in philosophy at the Auckland campus in Albany, who won a Marsden Fast-Start Grant in Humanities in 2016 for her research on Māori concepts of social justice.

Dr Vanessa Schouten, philosophy lecturer and ethics specialist at the Auckland campus, is part of a Social Sciences Marsden-funded project awarded this year, on sexual consent in nursing homes.

Both women studied philosophy in New Zealand and did their doctoral degrees in Scotland and the United States, respectively.

“Philosophy has always been strong in New Zealand,” Dr Rini says, “but with this track record we’re showing that strength in philosophy isn’t just for the guys.”

Why aren’t there more women philosophers?

Dr Rini says a simple answer is elusive and that speculation is controversial, but she suspects there may be a perception among many women students that that “guys are rewarded for bright remarks which might not always get to the heart of the philosophical problems”.

She thinks another reason might be resistance to the kinds of ‘thought experiments’ used as starting points in philosophy classrooms. Questions such as: ‘Imagine you are in a trolley race going downhill fast when the brakes fail. Should you steer left into a crowd of people to minimise harm to yourself while possibly inflicting harm on others, or steer right and hit a brick wall – with the high chance you will be killed?’ Ironically, this one was formulated by British philosopher Philippa Foot, a founder of contemporary virtue ethics.

What many do love about philosophy is “the fun of sharpening reasoning skills as a well as a sense of playfulness in exploring arguments as you test ideas and explore solutions to what might seem insurmountable problems,” Dr Rini says.

Philosophy, she adds, teaches highly transferable skills for today’s workplace, such as analysing and evaluating evidence, constructing valid arguments and establishing plausibility in the face of received wisdom. Intellectual skill acquired through the study of logic, ethics, critical thinking and reasoning equip students for a wide range of work, from IT to law, policy-making and politics, she says.

And while the public might assume the world’s great philosophy centres are in Europe, from Oxford to the Sorbonne, or in America, from Yale and Harvard to Stanford and UCLA, Dr Rini says that New Zealand has an international reputation for excellence in the discipline. When she was studying for her PhD at the University of Massachusetts and was offered the chance to move to New Zealand in 1993, she feared it would be career-limiting until her supervisor told her it would be just the opposite.

Dr Rini’s area of expertise is in the history of logic, Aristotle, and the philosophical applications of modern formal logic. Her research has earned numerous awards and honours including a Foreign Fellowship at the Royal Flemish Academy (2010). She is author of two books: Aristotle’s Modal Proofs (Springer 2011) and, with M.J. Cresswell, The World-Time Parallel (Cambridge 2012).