New research suggests children living in areas with diverse vegetation are less likely to be asthmatic. 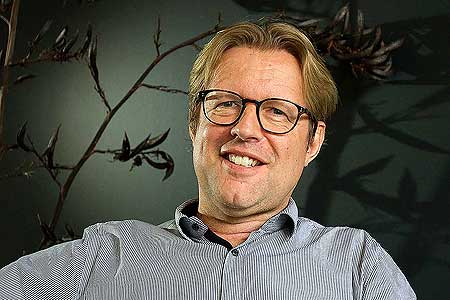 A study of almost 50,000 New Zealand children has found exposure to green natural environments, and especially diverse vegetation, may protect against asthma.

The research, led by Dr Geoffrey Donovan and Professor Jeroen Douwes of Massey University’s Centre for Public Health Research, used linked health data available through Statistics New Zealand’s Integrated Data Infrastructure (IDI). The researchers assessed the association between the natural environment and asthma in 49,956 children born in New Zealand in 1998. The children were followed until they were 18 years old. They used satellite imagery and land-use data to assess children’s lifetime exposure to the natural environment and vegetation types.

“There’s considerable interest in understanding how exposure to the natural environment may protect against asthma, and in identifying what specific aspects provide the most protection,” he says. “It’s a chronic health condition affecting 334 million people worldwide, and its prevalence is increasing. While treatment has improved, it’s not effective for all asthmatics, and there is no cure.”

Other findings were consistent with previous research. “We found that girls are less likely to have asthma than boys. Asian and Māori children had higher rates of asthma than Europeans. Underweight or prematurely born children, the number of antibiotic prescriptions, and having a mother who didn’t receive any secondary school qualifications and/or smoked also increased the risk of asthma. In contrast, having siblings was protective,” Professor Douwes says.

“We hypothesise that the protective effects of exposure to green space and a more biodiverse environment are mediated by increased microbial exposure and gut microbial diversity, which in turn, promotes healthy immune responses and a reduced risk of allergies and asthma. Our finding that antibiotics, which are known to reduce gut microbial diversity, increase the risk of asthma, points towards the same underlying mechanism. Reduced stress and increased physical activity, associated with living close to green space, may be another reason for the observed protective effects.”

While native New Zealand plants appear to be protective, exposure to gorse and exotic conifers was a risk factor for childhood asthma, which may be due to the low biodiversity of these land-cover types.

This is the first study of its kind in New Zealand, and one of only a few longitudinal studies internationally. “Going forward, this research could help inform the design of public health interventions to reduce the global burden of childhood asthma,” Professor Douwes says.

Further experimental and observational research could focus on the specific biological mechanisms underlying the protective effects on childhood asthma. “We are keen to study gut microbes and the immune system in families living close to diverse green space and compare them with families who do not live near green space, but are otherwise very similar.”