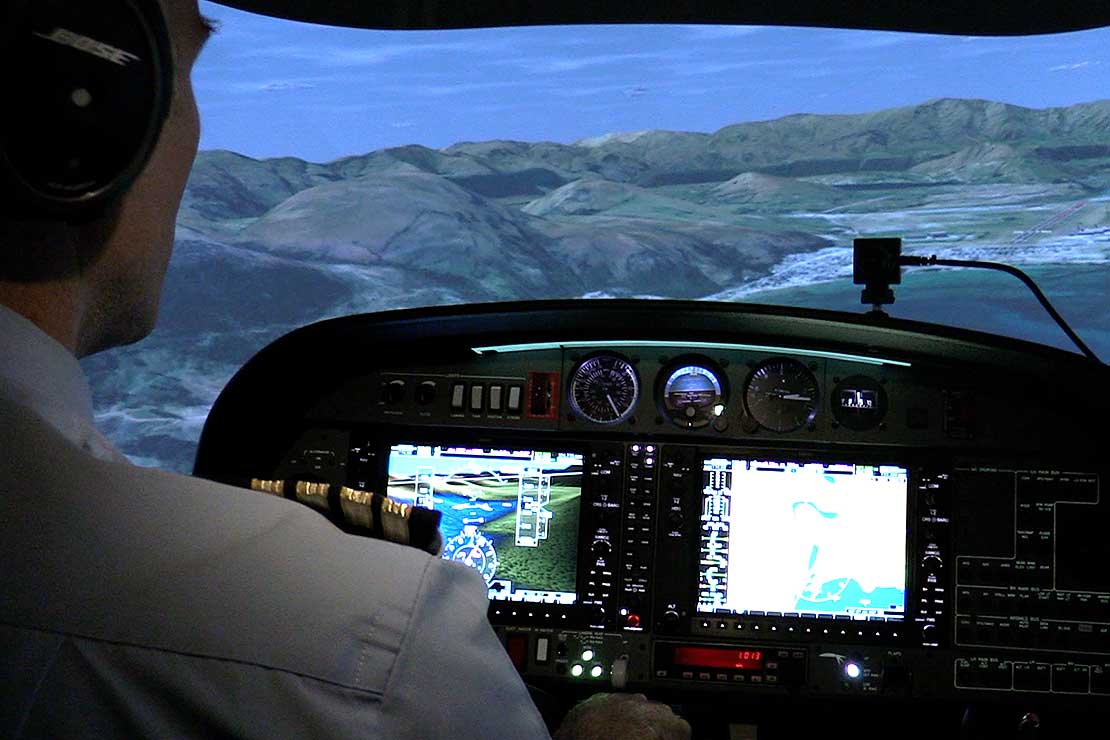 Massey University's School of Aviation is the first pilot training facility in New Zealand to install the new-generation Diamond DA-42 simulator. The state-of-the-art machine, which is worth nearly $700,000, will revolutionise aviation training at the school.

"The simulator will give students the opportunity to practice a range of emergencies that can't be done safely in an aircraft," says School of Aviation chief executive Ashok Poduval.

He says the simulator also allows students to prepare for the Qantas Future Pilots Program, which provides a pathway to flying for Jetstar New Zealand.

"It fits perfectly with our strategy for growth, especially with the looming shortage of pilots and increased training requirements," he says. "The simulator will be a catalyst for addressing that growth".

'It's hard to believe you are in a simulator'

The School of Aviation's chief of standards Paul Kearney describes the flight experience in the Diamond DA-42 as "incredible".

"At times it's hard to believe you are in a simulator, it's so realistic in the way it flies," he says. "That’s because you are using actual aircraft parts – they literally take it out of the mould at the factory and turn it into a simulator.

“The feeling in the controls is exactly like the real aircraft, which is particularly important when you start doing engine failure work."

The simulator has a 220-degree wraparound screen, which creates a realistic view outside the plane’s windows. The aircraft can be positioned at any airport in the world and the scenery outside will match the location.

“We have Civil Aviation approvals for things I've never seen before with a simulator,” Mr Kearney says. “For example, I can examine pilots in this simulator for a circling approach when landing. That's because the visuals come right round to behind the wing, which is pretty unique for a simulator.”