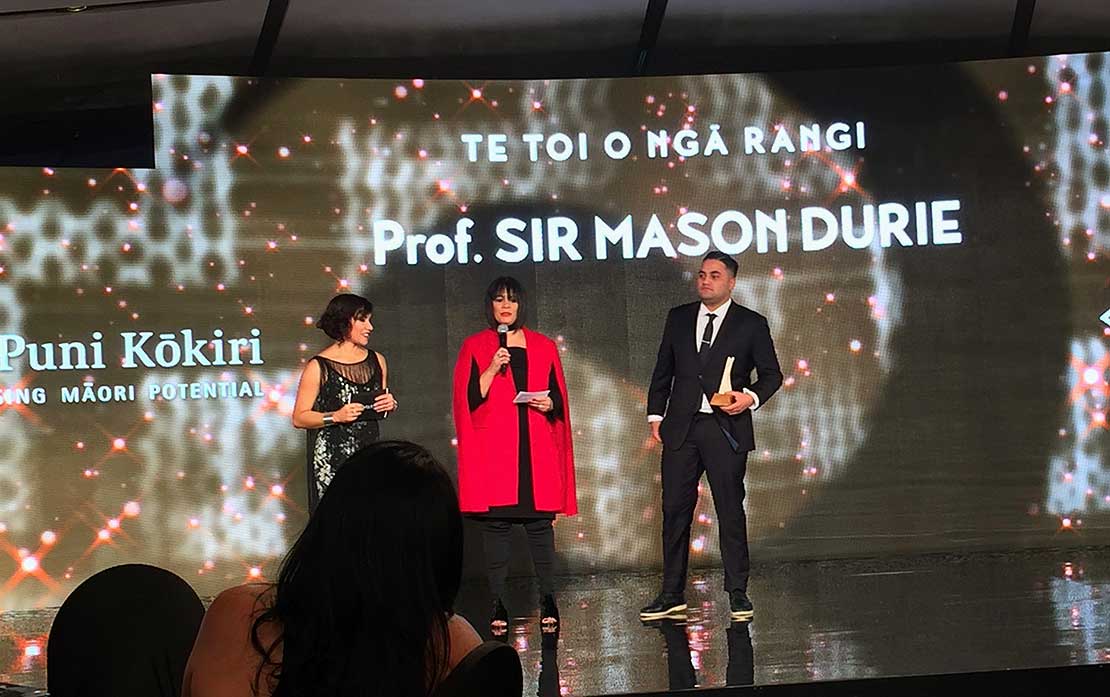 Sir Mason, of Rangitane, Ngāti Raukawa, Ngāti Kauwhata, is one of New Zealand’s most highly respected academics and was knighted in 2010 for his services to public and Māori health.

During his career at Massey University, Sir Mason was appointed Professor and head of Te Pūtahi-ā-Toi, School of Māori Studies in 1988, chair of Māori Research and Development in 2002, and Deputy Vice-Chancellor in 2009. He held the role of Assistant Vice-Chancellor Māori and Pasifika and his academic portfolio of Professor of Māori Research and Development until he retired in 2012. Later that year he was conferred with the title of Professor Emeritus.

For more than 40 years, Sir Mason has championed a “transformational” holistic approach to Māori health and has played major roles in building the Māori health workforce. Margaret Kawharu, and Taniya Ward, of the Office of AVC Māori and Pasifika standing to the left and right of Awerangi Tamihere at the Matariki Awards

Sir Mason could not attend the ceremony at the Auckland War Memorial Museum on Friday night, but his daughter, Awerangi Tamihere accepted the award on his behalf relaying his message. He commended the many recipients across the varied award categories, saying they represented a powerful collective that had the potential to move mountains and reach beyond the stars “If a cyclist and a yachtie can work together and bring home a world cup, then there is much to be said for collaboration across fields of expertise.”  He said the awards gave a glimpse of the potential that lies within Māori’s united efforts.