Could robot harvesters be the way forward for New Zealand's apple industry? 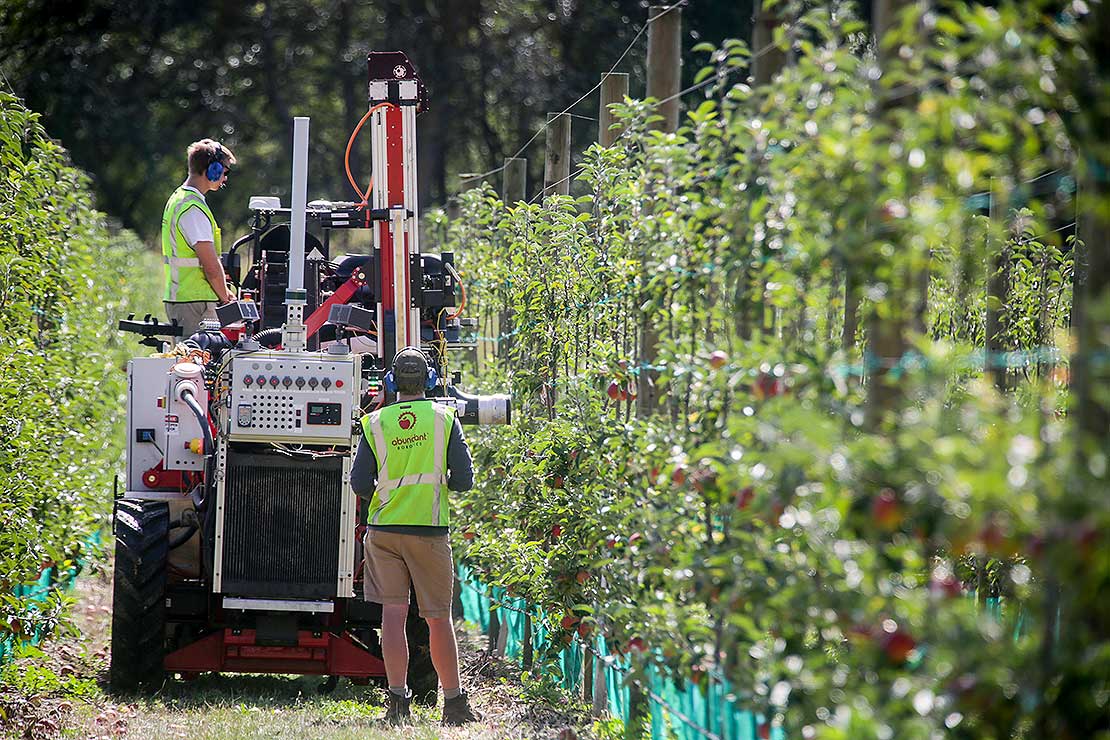 Dr Morteza Ghahremani recently received his PhD in agribusiness from the School of Agriculture and Environment. His PhD research looked at the economic feasibility of robot harvesting of apples in New Zealand.

“For a long time I wanted to pursue research at the crossroads of agriculture, business, and engineering sciences, with a focus on real-world research. I am thrilled that I had the opportunity to do so at Massey,” he says.

Dr Ghahremani is originally from Iran but has had quite a diverse and adventurous life living in different countries from a young age. Having lived for several years in Canada and later in South Korea, he was more than ready to take on a new adventure by moving to New Zealand to follow up what he’d been interested in from an early age.

He says he chose to study his PhD at Massey University in Palmerston North because it offered the best combination of proximity to farming life, experienced supervisors, and interdisciplinary research.

Dr Ghahremani says that a shortage of skilled labour in recent years, particularly for harvesting, has challenged the profitability and continued growth of the apple industry. Robotic harvesting technology has the potential to address this problem. However, robotic apple harvesters are still in the commercial trial stage, and the assessment of the economic feasibility of the technology from a system perspective has not been studied, he says.

Dr Ghahremani developed a bio-economic model to analyse the economic feasibility of robotic harvesting of apples under various varietal, orchard types, and size scenarios in New Zealand. His model is generic and can be adapted to other countries and crops.

His findings suggest that fruit value and yield are the key drivers for the adoption of harvesting robots. Robotic harvesting of orchards that had relatively lower-value apple varieties and achieved lower yield per hectare, was economically less viable compared to those with relatively higher-value apple varieties and higher yield per hectare. He found that using harvesting robots reduced the required number of pickers by an average of 54 per cent compared to manual harvesting. This would have significant impacts on the sustainable growth and competitiveness of the industry.

“I hope that my research provides valuable information for the scientific community, and helps the New Zealand horticulture sector, in particular apple growers, developers, and potential adopters of robots, in their decision-making when considering investing in the technology in the future,” Dr Ghahremani says.

He says doing a PhD is a unique journey full of its own ups and downs. “My message for those considering doing a PhD is to see it as an adventure – an opportunity to discover so much about the topic that you’re passionate about, and about yourself. Doing a PhD equips you with many transferable skills and trains you to become a better writer and communicator, teaches you how to more effectively manage your time, prioritise your workload, set goals and achieve them within a deadline, and find balance between work and personal life. All of these are invaluable assets both in the personal and professional realm.”

Dr Ghahremani's research findings have been published in the December 2021 issue of The Journal, a magazine produced by the New Zealand Institute of Primary Industry Management (NZIPIM). The findings are also under review for journal publication.