A partnership between Massey University and Affirming Works – an organisation to empower Pasifika youth – has been invited to hold its annual conference at Parliament next year.

Psychologist Dr Siautu Alefaio, based at Massey’s School of Psychology in Albany, Auckland, has spearheaded the innovative community partnership, and says she is thrilled that the Young, Free and Pasifika (YFP) conference will be hosted in Wellington at Parliament in 2020.

Dr Alefaio says Affirming Works (AW) has delivered its Young Free and Pasifika conference since 2014, gathering over 500 Year 12 young women from across the Auckland region to explore, embrace and be empowered by their Pasifika identity. “Most importantly, it provides a forum to enable wellbeing for youth leadership to thrive,” she says.

As the city with the largest demographic of young Pacific peoples, the first of several conferences in a national tour kicked off in Auckland in May, before launching for the first time in Wellington, Palmerston North (at Massey) and Blenheim.

“The heart of the Pasifika Youth Fono [conference] is to provide our youthful leaders localised leadership workshops and spring-board opportunities into an international alumni group that represents our aspiring Pacific diaspora,” says Dr Siautu. She, who was keynote speaker in Palmerston North, and provided a welcoming address in Auckland for Minister for Pacific Peoples Aupito Tofae Su’a William Sio and in Wellington for Minister for Youth Peeni Henare.

YFP organizer Nastassia Wolfgramm says; “These workshops present unique opportunities through creative arts and expression for Pasifika youth to be inspired by a generation of Pacific youth who have gone through similar journeys and learned to explore, embrace and be empowered by their Pasifika identity, heritage, value, and community.” 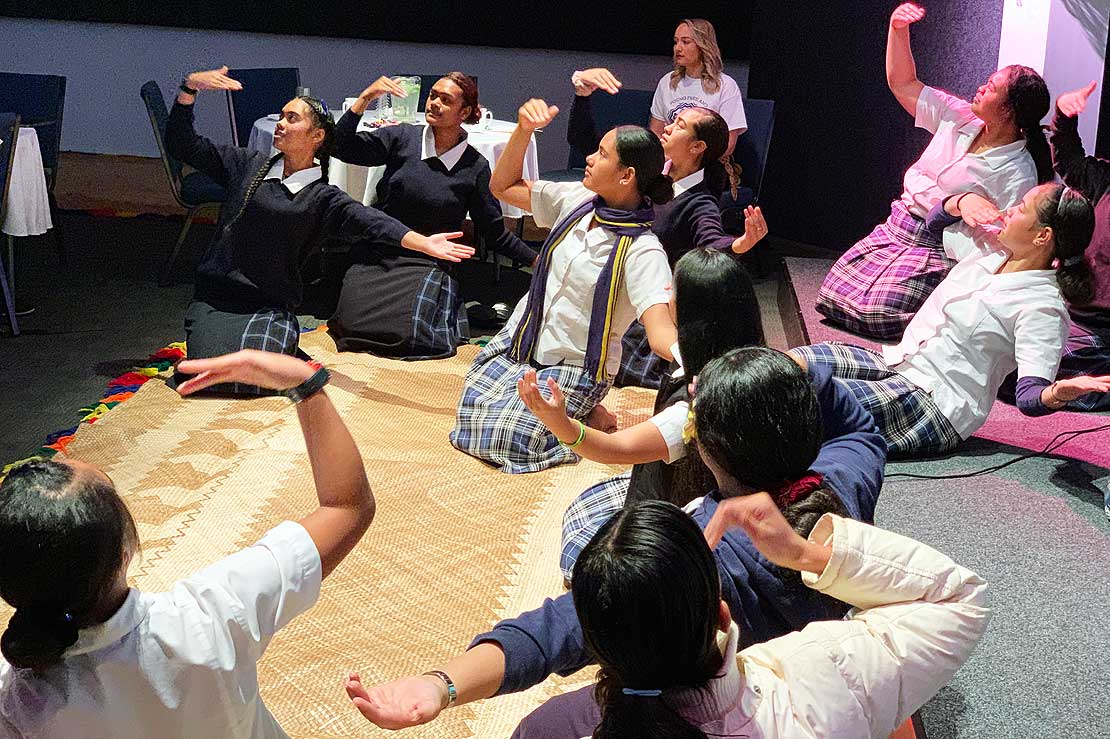 The main issue facing Pasifika youth, says Dr Siautu, is; “how to embrace their cultural identity within the education setting, which is often far removed from their everyday lives. For example, managing family, cultural, church responsibilities and education expectations in the midst of developing as a young person is still very difficult for Pacific youth.

“Most youth are juggling various responsibilities and with pulls from so many avenues now creating alternative options for economic gains – like gangs, prostitution and drugs propelled through social media – holding on to who they are amidst all the turmoil is what YFP offers.”

She says the event provides youth with a tool for resilience expressed through their cultural creative expressions, such as dance, spoken word/poetry, song, drama. “The speakers, being young Pacific women and men, are not too far from the students’ ages and experiences so they speak directly to issues of economic hardship, suicide, cultural pressures, family dynamics and collective responsibilities.” 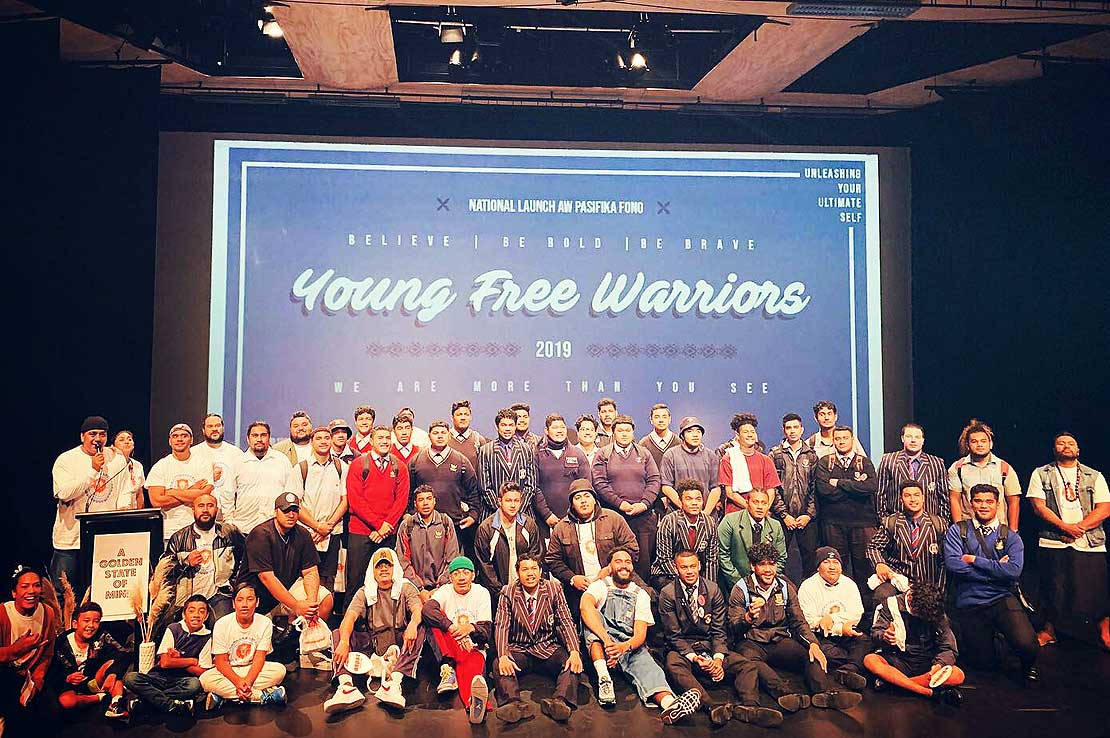 Young Pasifika men at the Auckland Young Free Warriors conference, an off-shoot of the original Young, Free and Pasifika fono.

Dr Siautu says that the Young, Free and Pasifika fono (conferences) are “very much needed.”

“The teachers [in Wellington] were in tears, saying this event has been so inspirational for their students and is something different to the [cultural] festivals as it tackles real raw and difficult issues.

“Speakers in Wellington were young women who had achieved in IT, business, engineering and creative arts. In Palmerston North, non-Pacific teachers were very supportive and again emphasized that there is nothing much south of Auckland that brings young people and leaders together to address culture, faith and education in a holistic way.”

In 2018 the event was expanded to include a conference for Pasifika young men as well. “Following many requests, AW launched its inaugural Young Free Warriors conference enabling young men the same opportunity to explore what it means to ‘Believe, Be Bold and Be Brave’ as leaders in Aotearoa, New Zealand,”  says AW founder Emeline Afeaki-Mafileo, a Massey social work graduate. She is currently working on her doctoral thesis through Massey’s School of Psychology.

The invite to hold a conference at Parliament next year came from Minister Henare.