Professor Meihana Durie arrives supported by his whānau and iwi.

Sir Mason says Monday’s pōwhiri was a celebration of Māori education and the excitement people feel around realising Māori potential. “When I came here 30 years ago it was quite a different picture and now it needs a different approach and I think the team with Meihana will move forward in a way that’s relevant for today and tomorrow,” Sir Mason said­­.

Professor Durie says he’s happy to be working where education is the focus. “To me education is a vessel that will propel Māori forward. We know that by educating and instilling knowledge in our children we will prosper.” 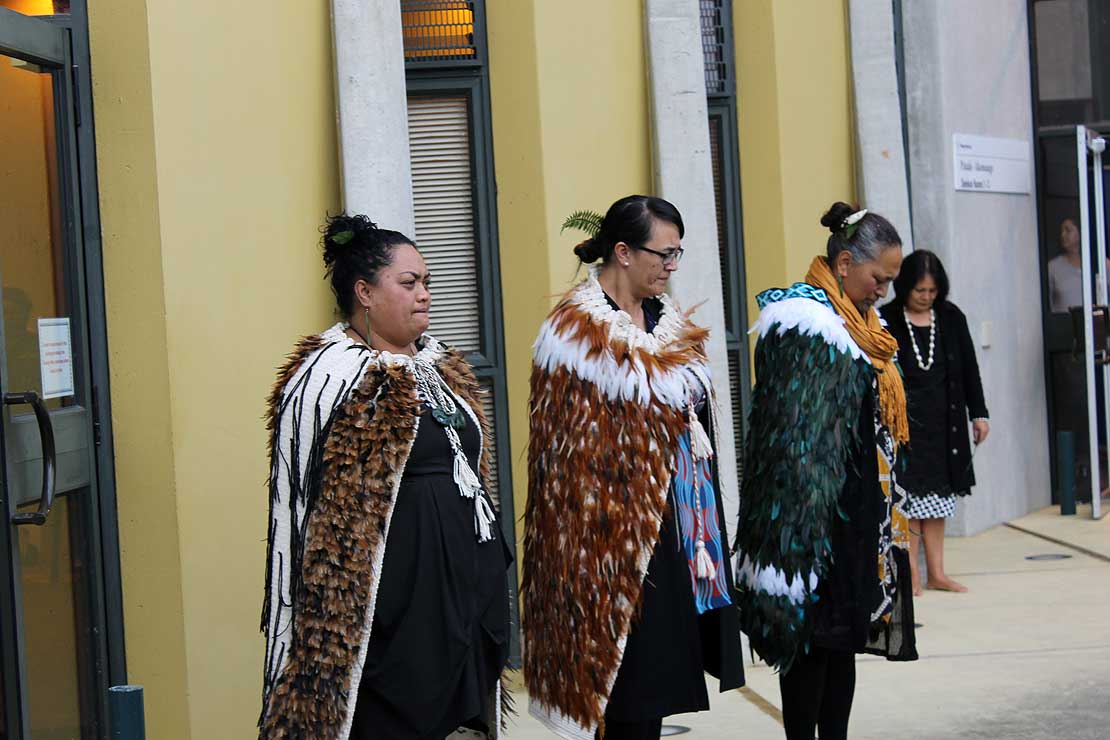 The appointment is also a homecoming for Professor Durie, who completed his PhD at Massey University in 2011. While he comes from a renowned academic family, including his mother Māori educationalist Professor Lady Arohia Durie, Professor  Durie is an award-winning researcher in his own right.

About 100 people representing Professor Durie’s varied iwi travelled to Massey’s Manawatū campus for the pōwhiri to support his move from Te Wānanga o Raukawa, where he helped to establish Ngā Purapura, a development committed to the empowerment of whānau through education in health, exercise, and sport. University Vice-Chancellor Professor Jan Thomas told the large crowd that Professor Durie’s arrival had been hugely anticipated since his appointment late last year and she vowed to give him all the support he needed to fully reach the potential of his new position.

Distinguished Professor Paul Spoonley, Pro Vice-Chancellor of the College of Humanities and Social Sciences, which is home to Te Pūtahi-a-Toi, said Professor Durie’s arrival in the milestone 20th anniversary year was great timing. He said Te Pūtahi-a-Toi is Massey’s Māori powerhouse. “At last week’s Celebration of Māori Graduates, two thirds of the graduates came from the school and this appointment marks a new dawn.”