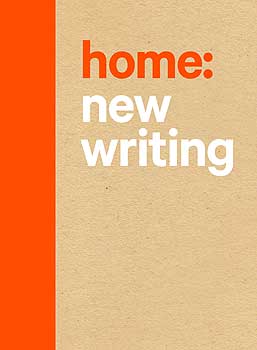 A sharp new addition to New Zealand literature arrives in July with the publication of Home: New Writing — 22 essays by some of New Zealand’s best writers.

The first in an annual series, it marks ‘Massey University Press’s serious intention to help further an intelligent national cultural conversation, to showcase the work of New Zealand’s many fine writers and thinkers, and to support the art of the essay,’ says its publisher Nicola Legat.

What is home? For many, home in the modern world speaks of exile, displacement, homelessness. For the writers in Home: New Writing, home is sometimes also the locus of raw and confronting memories. The Press is proud to publish writers who bring skill, panache and mana to the literary form.

Edited by Dr Thom Conroy, the essays cover wide ground: There’s everything from Lloyd Jones on the Syrian refugees he meets at the railway station in Budapest and Ockham New Zealand Book Awards winner Ashleigh Young on kissing her friend in the hallway at home to Martin Edmond on the day a circus elephant died in Ohakune; Jillian Sullivan on building a straw bale house in the Ida Valley; Paula Morris on her family’s long history in Grey’s Avenue, Auckland; and Anna Gailani on being an exile from Iraq.

Dr Thom Conroy teaches creative writing in the School of English and Media Studies at Massey University. He is the author of two novels, The Naturalist (2014) and The Salted Air (2016), both published by Vintage. His short fiction has appeared in journals in New Zealand and abroad, including Landfall, Sport and New England Review. His fiction has been recognised by Best American Short Stories 2012 and has won other awards, including the Katherine Ann Porter Prize in Fiction and the Sunday Star-Times Short Fiction Competition. In 2013 Thom received a Vice Chancellor’s Award for Teaching Excellence.