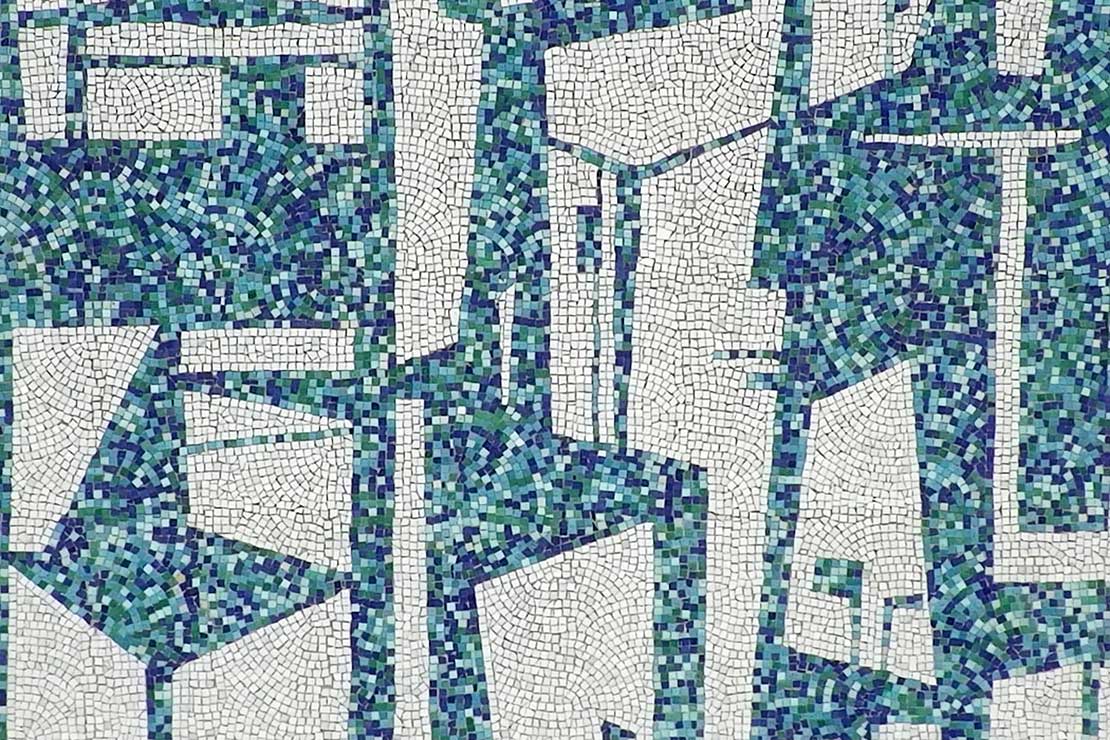 A still from Bledisloe Bebop.

A research project from Massey’s Toi Rauwhārangi College of Creative Arts is bringing an Auckland rooftop icon to ground level.

Ngan’s first major public artwork was commissioned by the New Zealand Government in 1956: a mosaic tile frieze that sits quietly out-of-reach on the rooftop of Bledisloe House in Tāmaki Makaurau Auckland’s Aotea Square.

In 2019 the mosaic was documented by Auckland Council-commissioned drones under the instruction of Dr Holloway-Smith.

Dr Holloway-Smith has now set these images to a New Zealand jazz soundtrack from the era in her new video work Bledisloe Bebop, a lively dance that highlights the extraordinary detail and playfulness of Ngan’s frieze.

An alumnus of the College of Creative Arts, Ngan is described as one of New Zealand’s most prolific artists, with many large-scale public artworks located throughout the country. His works include a wide range of media including architectural and freestanding sculpture, design, painting, drawing, interior architecture and printmaking.

Alongside his art practice, Ngan held positions as Director and Vice-President of the New Zealand Academy of Fine Arts, was a Council Member of the New Zealand Industrial Design Council and a Council Member of the National Art Gallery. He was awarded an Order of the British Empire (OBE) in 1983 and was inducted into the Massey University College of Creative Arts Hall of Fame in 2012.

Bledisloe Bebop screens on the Auckland Live Digital Stage in Aotea Square from 10 -13 October 2020. Catch it at the start of each hour daily from 10am to 5pm and until 9pm on 13 October. View the trailer here.

Dr Holloway-Smith will also give a special presentation followed by a screening of Bledisloe Bebop at Artspace Aotearoa from 6pm, Wednesday 14 October. Entry Free and open to all.