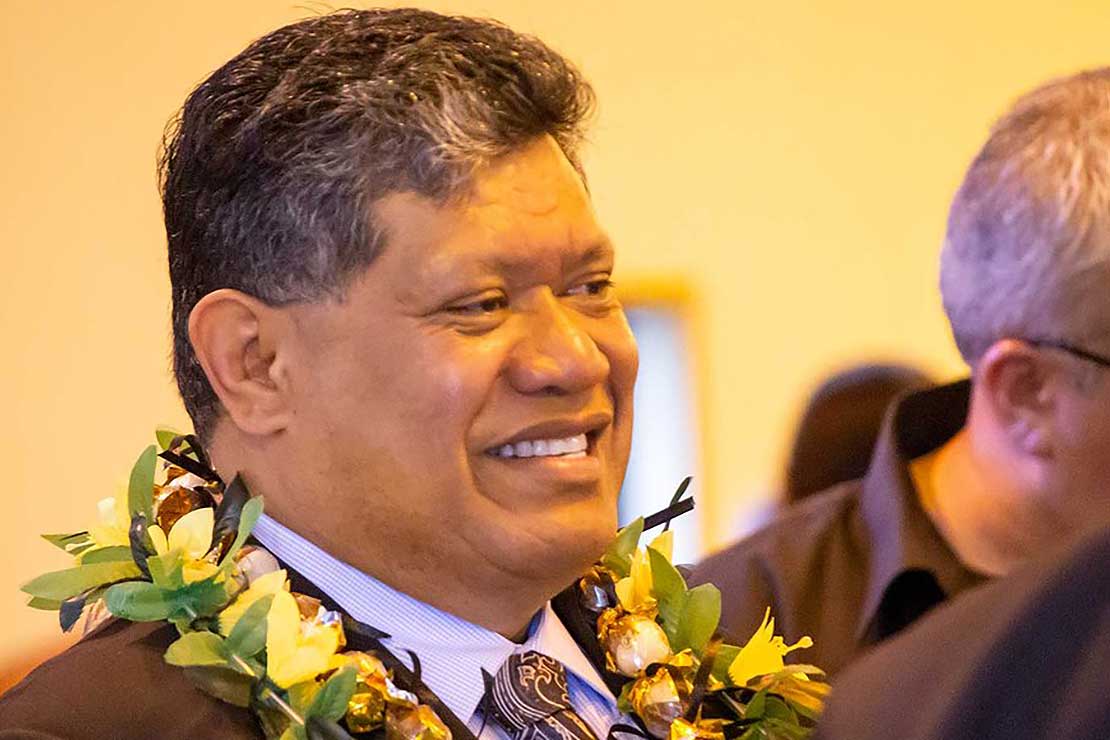 It is with mixed feelings that I write this. I speak Tongan as my first language, but my understanding of its grammatical composition is restricted to what I was taught at high school. While I am convinced of its beauty and richness, it is painful to admit that it is predominantly a spoken language, by about 150,000 people. There are very few people who can write Tongan properly.

It should be the aim of our language week to bring forth and teach the foundations that underpins the cultural values and wisdom within each language. The Tongan language in its current state needs rescuing. We have a lot to learn from the te reo Māori system; they are zealous about their language, and they don’t tolerate it when the writing is inconsistent within known protocols. With the changing world of technology, a language evolves and if there are no solid writings to retain its grammar and phonology, the integrity of any language may be lost irretrievably.

The main factor that has led to the demise of the Tongan language is the fact that the education curriculum in Tonga did not see their native language as important as the English language. When I was at high school, Tongan language was taught as a compulsory subject up to Year 10. Beyond that, the only compulsory subject was English. Most Tongan academics today in Aotearoa cannot tolerate grammatical errors in their English writings, but they make all sorts of mistakes in their Tongan writings and don’t really care to correct them. We also have many Tongans with university qualifications, including PhDs, in English. I am not aware of one with a degree in Tongan language. One must question what value we place on our own language.

The Tongan language has different levels or forms. We have a language for the king (Royalty), and another for the royal family and nobles or chiefs (Nobility), and a different one for the common public. A simple sentence, “Come and eat”, is translated, “Ha’ele mai ‘o taumafa” for royalty, “Me’a mai ‘o ‘ilo” for nobility, and then “Ha’u ‘o kai” for the common public. So, maintaining order and harmony within the Tongan society, one must learn to master the different levels within the language.

Furthermore, different styles of the language are spoken in public gatherings. The teaching (for example from the pulpit of a church) is usually delivered in simple and easy to understand language. Speaking in funerals (or other gatherings) is normally delivered in an implicit language. This normally uses metaphors to imply the meaning of what is being spoken. It is quite rare and an acquired skill to deliver and understand these.

The most skilful art of this implicit language can be found in the compositions of the late Queen Sālote. Her poems and songs epitomise the careful art of imbedding the wisdom and values of our culture within the language. Our modern Tongan academics marvel at the depth to which our late Queen portrayed romance, love, reciprocity, humility, and respect in her writings. This kind of skill is found today in the minds of relatively few elderly Tongans. It would be a great outcome of our Tongan Language Week if we could begin the journey in capturing this skill from these people before they pass on.

The writing of Tongan language involves a beautiful logical mix of punctuations and separations of words that portray how the phonology and grammar of the language present meaning to what is being said. The Tongan language is phonetic, words are spelled the way they sound, or the sounds are spelled the way they are spoken. If you can pronounce a word correctly, according to Polynesian phonetics, then you can spell it. Every word finishes with a vowel and similar sounds in English language are combined in a common sound that results in some consonants being eliminated from the Tongan alphabet. For example, there is no variation between D and T sounds. Donga will be interpreted as Tonga because for a Tongan ear, these are not different, hence no D in our alphabet. There are no variations between S, J, Ch, and Z sounds. They are all S in the Tongan language (John is Sione; Champ is Semi, Zealand is Sila). The same applies to P and B, among others. So, the Tongan alphabet does not have the letters B, C, D, J, Q, R, W, X, Y, or Z.

There are different stresses used to indicate sounds which give different meaning. For example, an inverted apostrophe (‘) is used to indicate the glottal stop (as u in umbrella). This sound is used a lot for all the vowels in the Tongan language. In most cases, it differentiates the word being used from similar spelled words without this (‘); e.g., ha’u means ‘come’, hau means ‘champion’.

The Tongan grammatical structure of a sentence does not follow the English structure. One of the common mistakes Tongans make when translating is trying to follow the English structure. The Tongan sentence structure usually has the verb come before the subject, whereas the English sentence usually has the subject going before the verb. When translating this sentence, “Some people say that covid vaccination does not work”, three Tongan academics did it like this, “’Oku ‘i ai e kakai ‘oku nau pehe ‘oku ‘ikai ngaue e vekisini koviti.” There are a few things wrong in this translation and the mistakes were born out of trying to follow the English structure. In their attempt, they put the subject in the front of the verb resulting in having two sentences instead of one, i.e. “There are people they say that covid vaccine does not work.” The right translation should be, “Oku pehē ‘e he ni’ihi ‘oku ‘ikai ngāue e vekisini koviti՛.” There is a lot to learn about the grammar, the spelling, and separation of words among other things in the Tongan language.

The few things I mentioned here are just examples of the important aspects of the Tongan language. The first writing of the Tongan language was done by the first explorers (Schouten and Le Maire) who arrived in 1616. From then on various missionaries continued to add to this early work. The original Tongan orthography was formalised by the Privy Council of Tonga in 1943. Following that, the most critical work on the Tongan grammar was written by C. Maxwell Churchward in 1953 under the guidance of the late King Taufa’ahau Tupou IV. There are few other works after that, but there has been relatively little work to teach and promote the proper grammar of the language. The best Tongan writings we can find today are probably the translations of the bible and old hymns, but the interesting point is that these were all written by people who did not have Tongan as their first language.

There is a lot more to say about my beautiful language, but this commentary was supposed to be short. I have not spoken about the Proverbs, and the legends that gave rise to traditional practices of our day; the fananga, talatupu’a, etcetera. My aim here is to provoke discussion and debate that may result in uplifting the value of our beautiful language. My wish is for Tongan Language Week to initiate a movement towards enriching Tonga and Aotearoa with the integrity of the Tongan language and culture.

Professor Palatasa Havea is Massey’s Dean Pacific, based in Manawatū.