Opinion: “If you don’t have a seat at the table bring a folding chair” The recent announcement of members for the two new health boards has generated much thought within the nursing community. 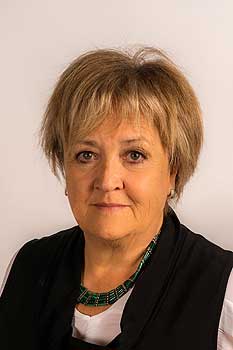 The recent announcement of members for the two new health boards – Health New Zealand and Māori Health Authority Board – has generated much thought within the nursing community. Both boards contain a mix of leadership backgrounds and specifically three members whose background is in the medical profession. There is, however, not a single member whose background is nursing. Not surprisingly, senior leaders in nursing are mystified at the total exclusion from the boards given their status as the largest and most well distributed health workforce.

It seems that decision-makers operate on an entirely untested assumption i.e. that doctors are able to suspend their professional lens and operate at a broad systems level of thinking as required but that nurse leaders have a limited myopic view of their own professional concerns and will not contribute usefully.

Ironically, nurse leaders do expend considerable energy endlessly contesting systems and processes and funding decisions from the perspective of nurse workforce needs. They do this because years of local and international research evidence shows clearly how critical adequate staffing and clinical nursing autonomy are to patient and community well-being and safety. Recent research shows that investment in registered nurse staffing recoups the investment several times over in saved adverse events and other costly indicators. And despite the time and energy invested in such research and in sharing the results, we are rarely taken seriously. It seems so much easier for the world at large to wax lyrical about our heroic or angelic contributions rather than focus on the hard data.

But the notion that nurses cannot lift their focus from professional concerns to systems issues is wholly unfounded. As the largest workforce we are present in every single corner of the health system; we have intimate knowledge of what works and what does not work and of the experiences and consequences for those whose needs the current system does not meet. We hold leadership positions that include chief executives of district health boards, public health organisations and district health board and Commissioners of Health. It is certainly true that many nurses would avoid engaging at a systems level (as would many doctors), preferring to focus their energies locally and clinically. But there is also a highly experienced cohort of nurse leaders, Māori, Pacific, and non-Māori who would be willing to serve accordingly and whose contribution would be a vital addition to the governance role of the two boards.

Globally, countries are grappling with the decreasing sustainability of their health services; the inadequacy of public and primary health services, the blow out in hospital budgets and ever shrinking workforce numbers alongside increasing long-term condition prevalence.  COVID-19 has added an intolerable additional burden. Yet decision-makers continue to talk to the same people, restructure the same basic models of care and fall prey to the hegemony of biomedicine as the major solution to our woes. The problem of disengagement with nursing is not unique to New Zealand and is widely discussed across multiple countries. Here as elsewhere it seems easier to bring in people with no background in health at all rather than engage with nurses.

Despite being well into the 21st century, it seems that gendered thinking prevails. It appears that some cannot comprehend that a predominantly female profession could hold vital insights and make valuable contributions to high-level deliberations and decision making. Rather, in classically gendered fashion, it seems that nursing must be confined to ‘the doing’ whilst others do the thinking. It is also possible that despite the radical insights of the Health and Disability System review (Simpson Report), this situation and other similar mistakes which constrained previous attempts at reform may be repeated. Nursing needs to work out very quickly how and where to place that folding chair and ensure that the grounded voice of nurse leaders is part of all significant deliberations about health systems review.