Paving over paradise: How complex construction can boost biodiversity in Waitematā Harbour 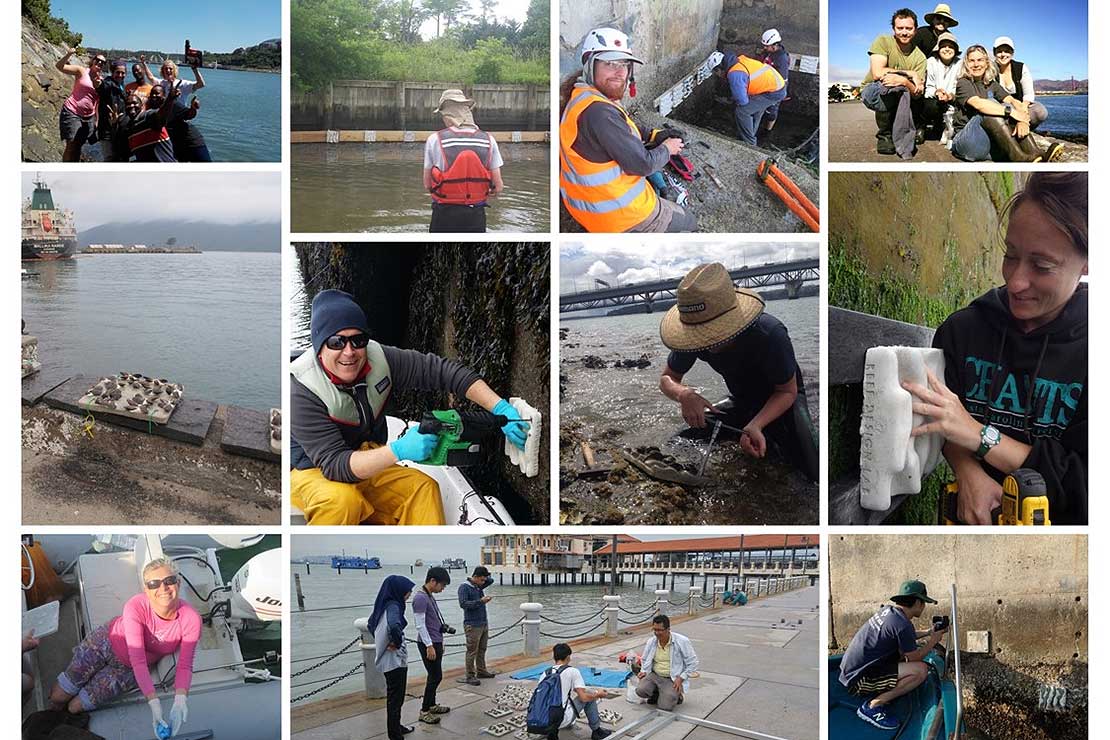 A new international study looks at how the inclusion of topographical complexity, such as cracks and crevices, in new coastal construction can boost biodiversity in the Waitematā Harbour.

Master of Science student Connor McKenzie and Associate Professor of Marine Biology David Aguirre were part of the international study and says he hopes this research will encourage developers and lawmakers to think more carefully about the kinds of coastal development that is encouraged.

“Do we want barren concrete coastal wastelands that encourage unwanted pests and invasive species? Or do we want thriving communities of diverse native species?”

The study revealed that by enacting relatively simple changes to construction practices, biodiversity in urban marine developments can be significantly enhanced.

Small changes such as instead of having smooth concrete walls, having walls and structures that include undulating cracks and crevices have been shown to increase the biodiversity especially in the Waitematā Harbour.

This research project was part of the World Harbour Project and involved international academics coming together to analyse biodiversity in harbours around the world.

Dr Aguirre says working in a global team allowed them to determine the commonality of their proposed solution, across a very broad set of circumstances.

“The “paving over paradise” syndrome of marine urban development – the concreting over of coastal marine habitats and biodiversity – is a global phenomenon and will require global collaboration to find workable solutions.”

Harbours analysed included some very young harbours and some much older, harbours in the tropics and in subpolar regions, some with a large recreational component and also some of the world’s mega ports.

“A global analysis of complexity–biodiversity relationships on marine artificial structures” is published in Global Ecology and Biogeography, and is available to read here.

Banking on our future biodiversity