COVID-19 leads to increased prejudice, but less so in NZ Many more Americans than New Zealanders blame "the Chinese" for the spread of COVID-19.

COVID-19 has claimed nearly 450,000 lives globally, while a different sort of epidemic is spreading online. A Massey University research team, led by Professor Stephen Croucher, is examining the relationship between social media use, prejudice towards Asians and foreigners and beliefs about COVID-19 in 16 countries, including New Zealand.

The team has so far analysed data from the United States, New Zealand, Spain and Italy and found the level of racism directed towards Asians in New Zealand is lower than elsewhere.

“We measured how threatened people from the dominant culture felt by Asians during the COVID-19 pandemic – and New Zealand scored significantly lower on measures of both symbolic and realistic threat,” Professor Croucher says.

“New Zealand respondents also scored significantly higher on their level of contact with Asians when compared to those living in US, Italy and Spain, so the prejudice levels towards Asians in New Zealand during the COVID-19 pandemic has clearly been lower than in the other three nations.”

On a scale of one to five, New Zealanders scored 3.54 on symbolic and 3.32 on realistic threat, while the scores for the United States, Italy and Spain ranged from 3.71 to 3.82 for symbolic threat and 3.67 to 3.79 for realistic threat.

New Zealanders scored 2.48 for the level of contact with Asians, while United States respondents scored 1.93, Spaniards scored 2.31, and Italians scored 1.92. 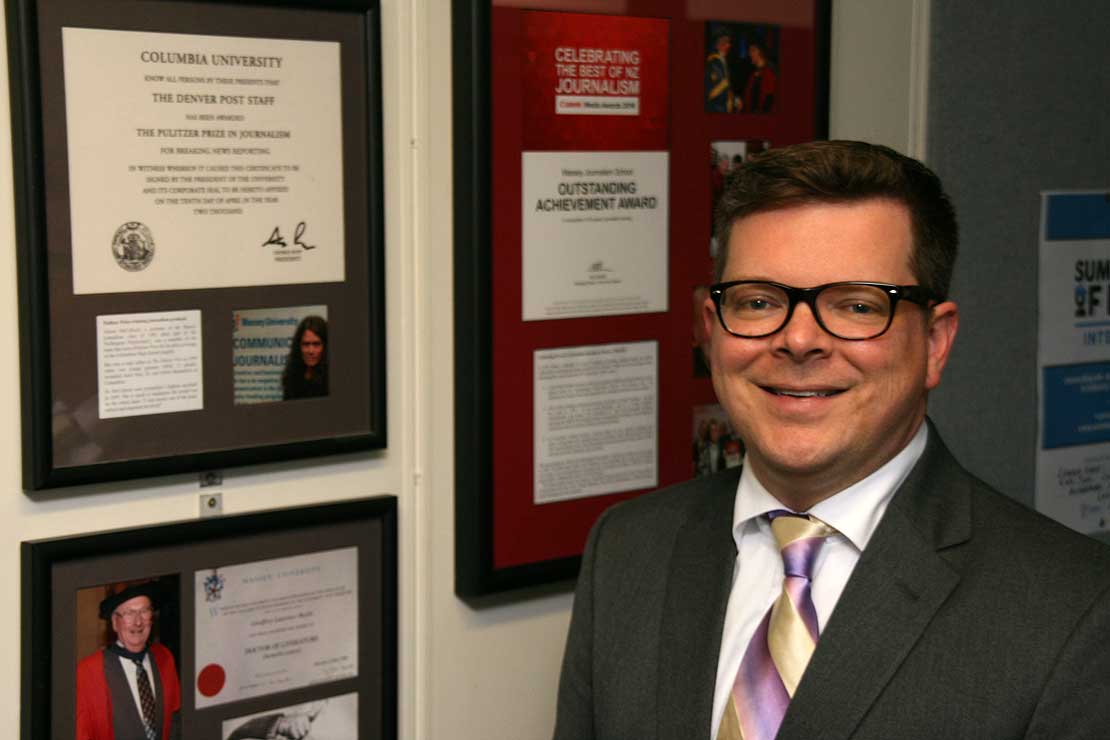 An online questionnaire gathered data on demographics, social media use, and sentiments about Chinese people. The researchers examined a range of components – realistic threats, symbolic threats, intergroup anxiety and negative stereotypes – that lead to prejudice between social groups.

“We asked participants a series of questions, including how many Asians they have contact with, to assess their inter-group contact,” Professor Croucher says. “We also assessed their level of prejudice towards Asians by assessing symbolic and realistic threat.

Professor Croucher believes the study’s results reflect the fear generated by the much higher infection and death rates in the United States, Italy and Spain and the strong and inclusive messaging from the New Zealand Government.

“The New Zealand Government’s communication has been very focused with messages like ‘we’re all in this together’ and ‘be kind’, while messaging in other countries has been less centralised, more chaotic and, in some cases, lacking in leadership.

“The survey results also show significantly higher rates of contact between Asian and non-Asian people in New Zealand and there is a plethora of research that shows contact between groups tends to decrease prejudice.”

Survey respondents were also asked, “Who is to blame for the spread of COVID-19?” For Americans, the most common response was “the Chinese”, followed by “Trump”. For New Zealanders, the top three answers, in order, were “tourists”, “not closing borders early enough” and “the Chinese”.

“While in New Zealand, the blame for the spread of the virus has largely been attributed, by both politicians and the media, to tourism, borders, and China.”

Professor Croucher says social media channels, like any media, can also be used effectively for spreading positive messages about Asian people. He believes governments and healthcare industries should also use social media to combat COVID-19 prejudice.

“In the case of COVID-19, social media and other media, were and are being used as places to share and build ideas, values and morals. Many of these are very positive, but some are not.”

United States data from the study has already been published in the academic journal Frontiers of Communication, and from there it has been picked up by international news organisations, including Newsweek and De Spiegel.

The next phase of the research project will be include more cross-cultural analyses and the publication of the New Zealand findings in a peer-reviewed journal. “Our hope is the results from this research project will help to combat prejudice during this, and future, pandemics, Professor Croucher says.

Opinion: Post-COVID economic rebuild needs hearts and minds
Opinion: COVID-19 and the election: can we keep prejudice out of politics?