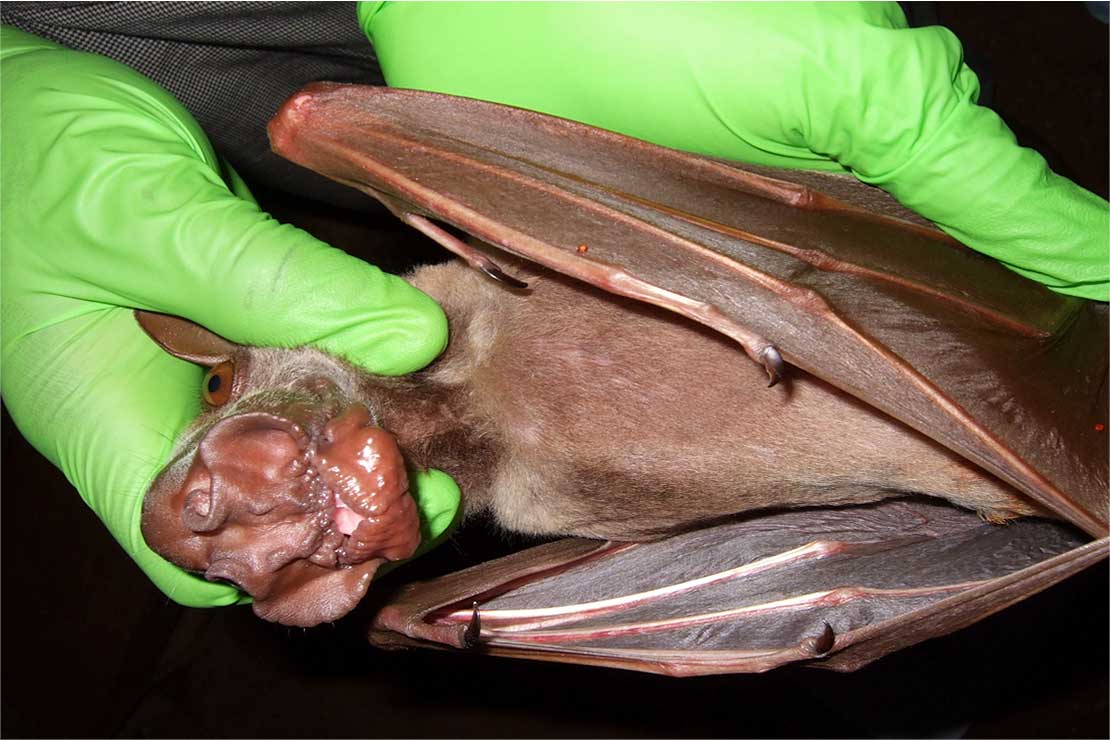 A Massey University veterinary scientist has co-authored research suggesting that Ebola virus emergence is linked to the clearing of animal habitat through deforestation in West and Central Africa.

Associate Professor in veterinary public health, Dr David Hayman, says in order to avoid future outbreaks of Ebola and other viruses, we need to understand the processes that lead to infection emergence as well as produce intelligence that aids monitoring and surveillance.

“The destruction of tropical forests in many regions of the world is causing human populations and wild animals to come into close proximity to one another. This has been going on for decades, but the links to Ebola virus were not well understood. Our findings suggest that there is an increased risk of Ebola virus disease where there are hotspots of forest fragmentation as animals are brought into contact with people.

“Effectively through our own encroachment into their space, we are bringing disease reservoirs [the habitat in which the carrier normally lives, grows, and multiplies] closer to ourselves.”

The team of researchers conducted an analysis using land coverage data and Ebola virus outbreak records to establish this association in West and Central Africa and demonstrated that the spillover of Ebola virus from wildlife to people occurred mostly in hotspots of forest fragmentation.

Dr Hayman says the study is about understanding the drivers that cause outbreaks in order to help protect the population against further outbreaks.

“Decision-makers in Africa and the wider world could be taking vital steps to change their behaviors to avoid further forest fragmentation and help reduce the risk of more outbreaks, as well as improve surveillance in those regions already fragmented, because fragmenting the habitats of wild animals could be contributing to human disease.” 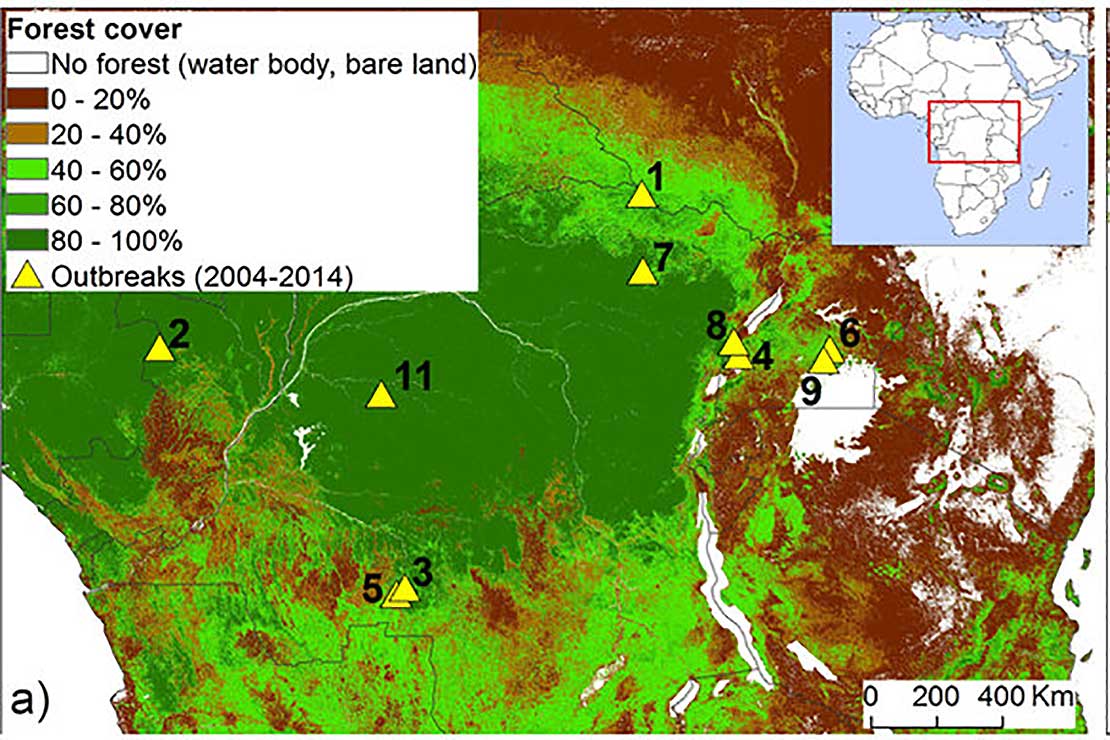 The map shows areas where Ebola outbreaks have occurred, along with degrees of forest cover

Dr Hayman has previously been involved in research that identified evidence of Ebola virus in West African bats as well as hotspots for on-ground monitoring for Ebola and other filoviruses.While many are found in sub-Saharan Africa, they found that they were more widely distributed than the team expected, particularly across Southeast Asia.

The recent study, ‘The nexus between forest fragmentation in Africa and Ebola virus disease outbreaks’ was published in journal Scientific Reports.

Opinion: Why we should care about what happens in DR Congo
Bats lead suspects in Ebola epidemic