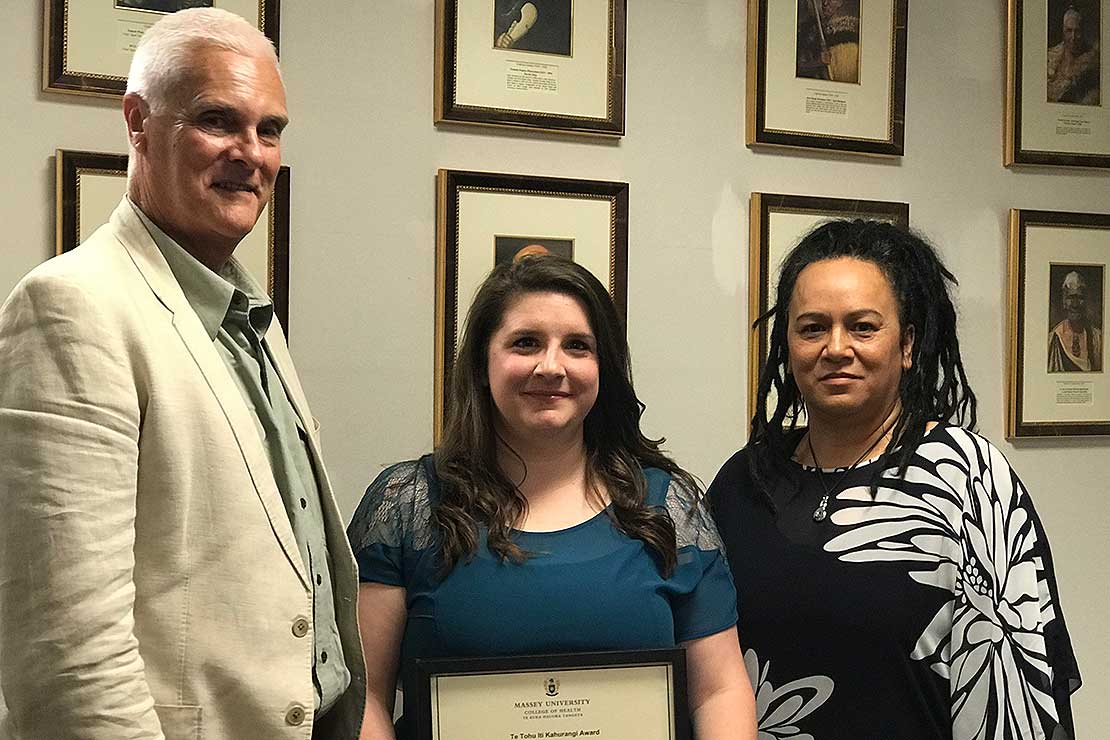 The School of Social Work acknowledged three of their top students from the Auckland Campus at the Student Social Work Awards yesterday.

Unlike the other two awards given out, the winner of this accolade is nominated by fellow students, with 12 candidates put forward this year. Miss Sell, a third-year Bachelor of Social Work student, reflected on the support she has had from her lecturers during her studies.

“There have been so many moments over the past three years where I have had so much encouragement from them. All those little moments of encouragement across the years mean so much to me. For you, they might just be a sentence, but to me they are really valuable,” she said. 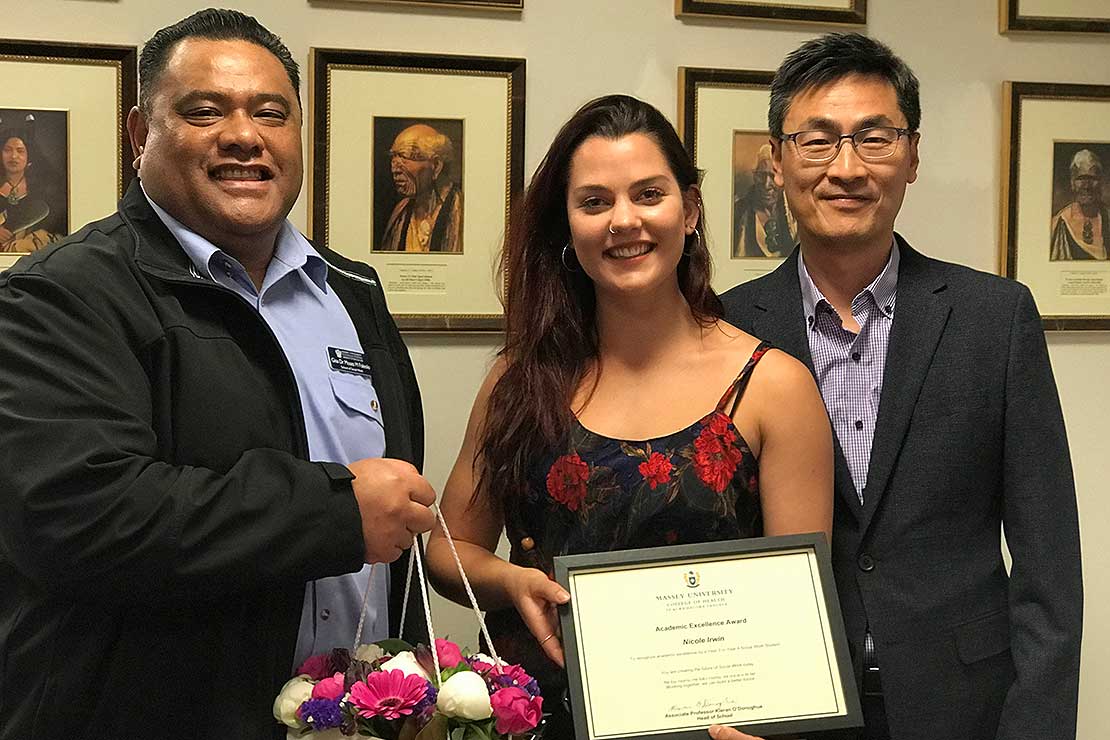 Miss Irwin thanked her lecturers, family and partner for their support during her studies. “I wouldn’t have been able to do this without your support. To my lecturers, you have all touched me in such different and important ways. It has been a really challenging but rewarding journey. Thank you.”

Nominations for this award were sought from Auckland campus Social Work and Social Policy staff.  Miss Irwin was awarded $250. Kalayvani Perumal was awarded the Social Work Practice Award, in recognition of her high practice standard, competence and her contribution to the field. Nominations for this award were sought from field educators, external supervisors, placement agency staff and service users. Students were also able to self-nominate.

Mrs Perumal reflected on how her social work studies have changed her. “Through my own personal development, I am now somebody new. It has been a struggle, and there have been challenges, but it has been beautiful. I go away with a lot of richness, a lot of knowledge, and I can only build on that.”