The secret life of an animal science student Her classmates know her as Martha Broughton, but most are unaware that for the past few months, Martha has led a double-life as Massey University’s long-serving mascot Fergus the Ram.

But before she was Fergus, she had to make her way from the bottom of the South to the middle of the North island to Massey’s Manawatū campus.
Growing up in Otautau, a small town near Invercargill, Martha developed a love for animals on her parents’ sheep and beef farm. But it wasn’t those animals she was interested in.

“From when I was about age seven, we have had 250 plus dogs come through our farm,” Martha says. “I really love working with dogs, and I always wanted to work with them in some capacity.

“When I was younger I dreamt of roaming the streets with a German shepherd or inspecting contraband in an airport with a beagle. So, a good stepping stone would be to complete an animal science degree at Massey. But as I completed more papers and practical work I realised I wanted to enter the farming industry, but farm with a difference.”

“Everyone knows Massey’s really well-known for animal science, and there wasn’t anything to match it locally, so it was easy really,” Martha says.

She credits boarding school for allowing her to make the move easily but encourages new students to join Massey Young Farmers.

“I regret not joining till second year as it is a great way to meet new people through socialising events, fundraising, the sports teams and the club helps with networking within the industry. It’s a good way to take a break from study and I definitely will be involved in the future.” 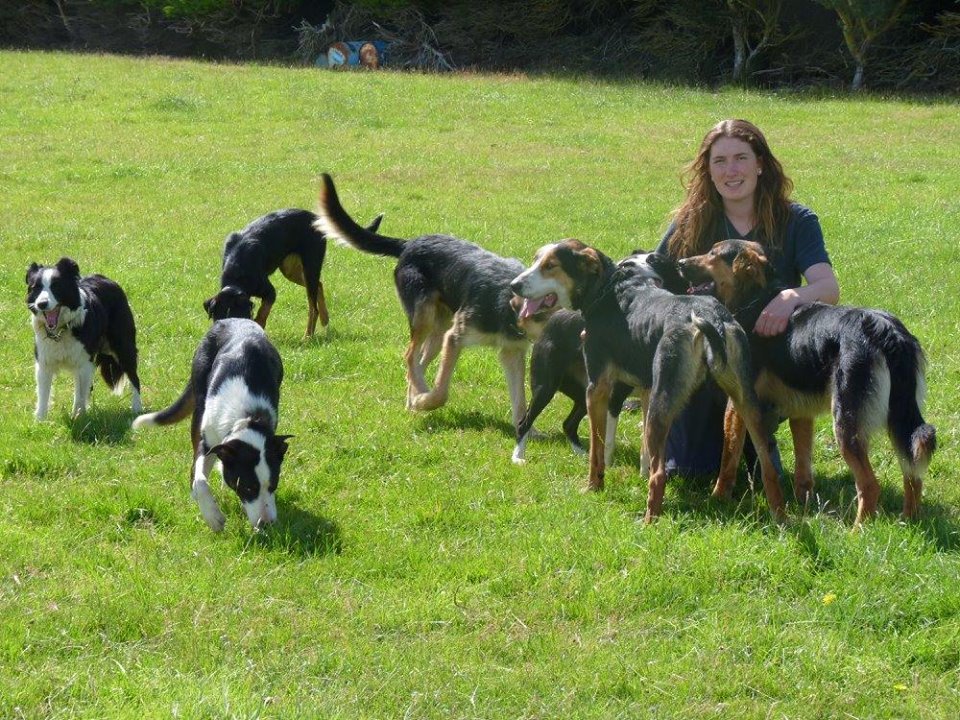 Little did Martha know her involvement with the club would lead her to her role as Fergus the Ram. After the club put the call out for a charismatic, tall volunteer to embody the ram, Martha put her hand up. Drawing on the drama skills she had learned in high school, she made the role her own.

“I thought why not? I didn’t really mind making a fool of myself, and it’s not like anyone can see you or knows who is under the costume.”

A victim of her own success, she was called upon yet again to wear the costume one last time at Massey’s Open Day in the Manawatū, where she got the unique opportunity to shear a sheep and crack a stock whip.

“Shearing was difficult…I had one of the Young Farmers members in my ear telling me I needed to cut  closer to the skin. I was just like ‘Mate, I can’t see a thing and if I get in lower my head’s going to come rolling off, so I’m trying to hold onto the shears with one very sweaty hand, my head with the other, lucky the sheep behaved otherwise it could have been a very messy finale.” 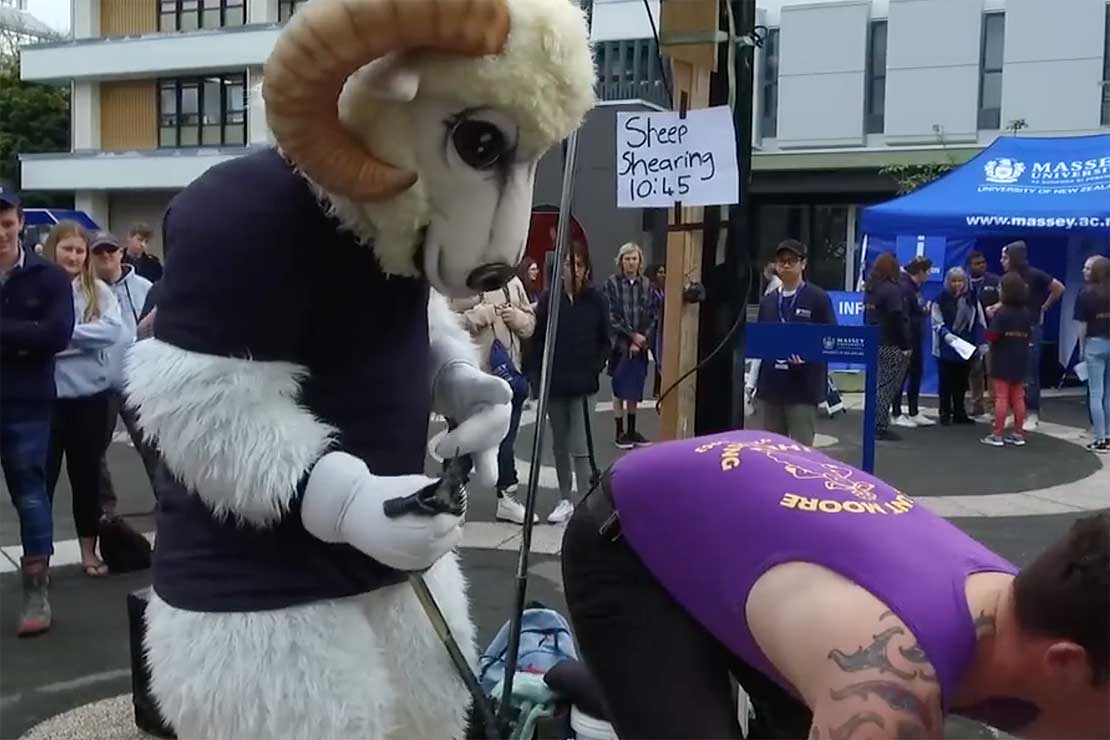 Martha as Fergus shearing a sheep at the Massey Open Day on the Manawatū campus.

Make the most of it

During her study and often her study breaks, Martha made the most of her opportunities by working on a lot of farms over the summer to get experience. “I just wanted to better my myself, apply the skills I was learning, but also see a lot of different places.”

When it came to her study, Martha says she began to notice something strange when looking up papers from leading experts in animal science.

“I’d look up what the leading academics were saying, and I’d have a look at the authors and realise they were my current lecturers such as Paul Kenyon, Rene Corner-Thomas, Hugh Blair and many more. Pretty cool to have lecturers who are contributing at that level and at the top of their fields.

“After a while you start to get to know them more, especially during your final years, so you can go and ask them for advice, which isn’t something every degree can offer.”

Her biggest regret, however, is not waiting a few years to begin her study. “One thing I’m gutted about is all the new degrees in my area being offered in the coming months, as they sound really amazing, but I better get out into a job.”

Getting a job is something Martha hasn’t struggled to do, landing a role as a genetics intern at Mount Linton, a 13,000-plus hectare station, one of the largest privately-owned properties in New Zealand.

The station is focused on producing genetics that survive and thrive in a harsh environment, and Martha described it as her dream job.

“I had worked there a few times and loved it, and then the opportunity came up so I expressed my interest. Then I got the call saying the job was mine if I wanted it. My goal is to one day be a genetics manager, so this an ideal opportunity.

“I am also able to keep my passion for training dogs alive. Looking after sheep dogs and the like, so really, I’m getting the best of both worlds. Out in the field, a good career and doing what I love. I’m not ready for a desk job just yet.

“Maybe I’ll even own my genetics farm one day, watch this space.”