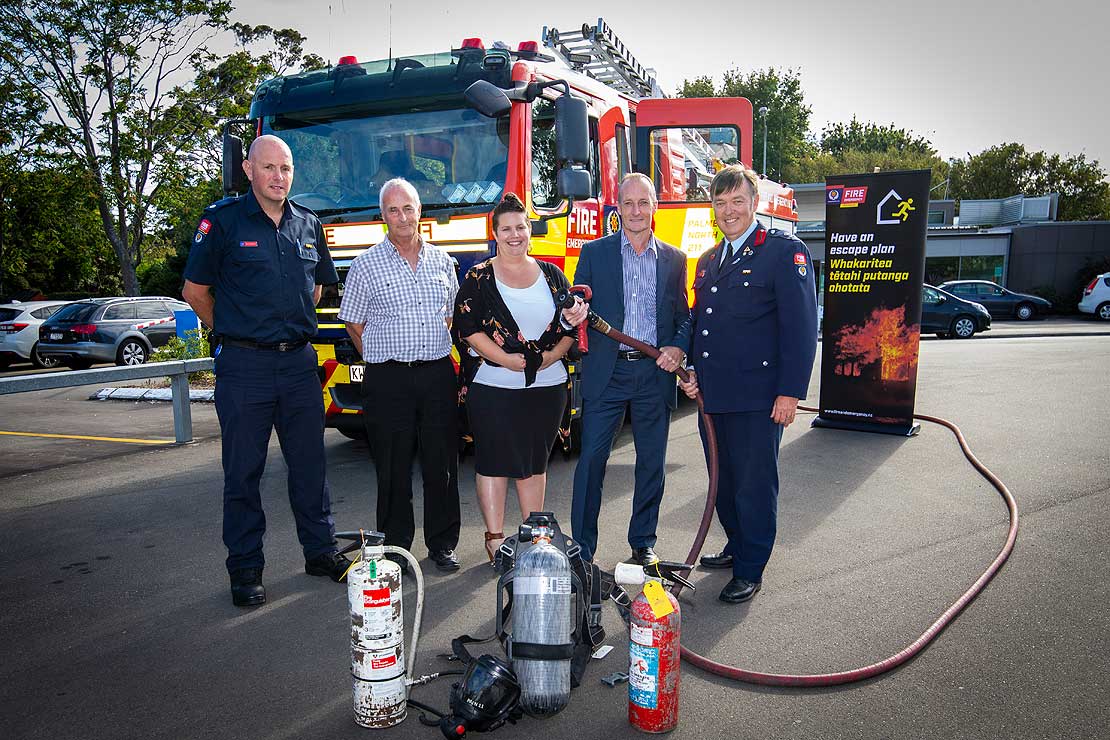 Fire and Emergency New Zealand and Massey University are teaming up to improve fire safety at the university’s Manawatū campus.

A group from Massey and Fire and Emergency meet on Wednesday to formally sign the agreement, which is seen as a pilot for other tertiary institutions.

Fire and Emergency station office Barry Madgwick says the partnership is significant. “Massey is a major stakeholder of ours, and a huge part of the community, essentially a city within the city, so the collaboration and common goals are important.”

One of the partnerships goals is to work closer with Massey’s accommodation services to better educate students in the halls about fire risk management, with the flow-on effect of preparing them for leaving the halls for flatting.

“Massey has been hugely proactive in this space,” Mr Madgwick says. “We can’t stress that enough. Good safe behaviours on campus has always been a priority, but the work with accommodation is another great area of work.”

Another goal is to reduce unnecessary fire alarm callouts. Massey trades and compliance manager John Wylie says there are clear benefits for both sides of the partnership.

“The fire-alarm system in the four science towers on campus are one of the largest in the district. We have 1000 beds on campus, so the scale of our operation is large. This is a win-win for a safer campus and community.”

The partnership has already seen Fire and Emergency teams involved in orientation week.