Quote of the Year finalists announced 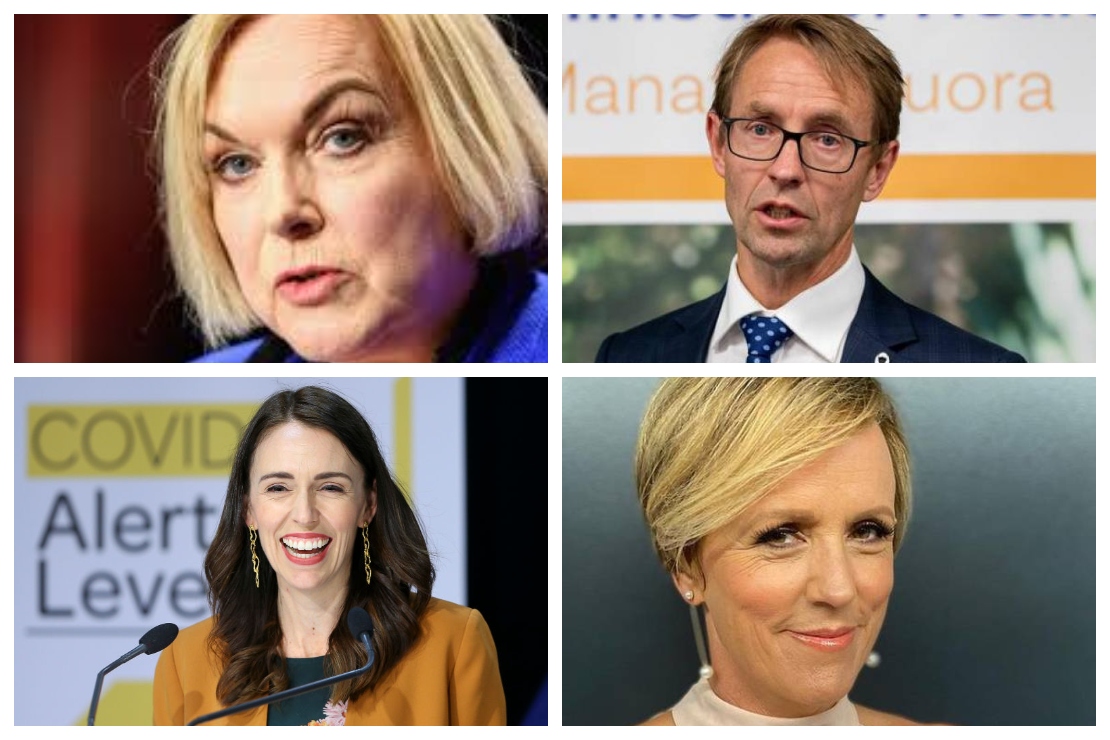 Some of this year's finalists for Quote of the Year

A line from the Buchanan family’s viral lockdown boogie and Hilary Barry’s tweet about the cannabis referendum are among the finalists for Massey University’s Quote of the Year competition.

The ten finalists were chosen from several dozen entries, and the public now has one week to vote for their favourite one – please see the voting form below.

How 2020 entries were different

The shared experience of lockdown dominated the entries, and this was reflected in nominations for quotes said by more than one person. “This was the first time we’ve had quotes where the speaker is a group, including the line from the Buchanan family video. Usually, the entries are full of quotes from individual personalities.”

The most frequently nominated quote was “You’re on mute”, said by almost everyone while on Zoom. “Although the line isn’t original or distinctively New Zealand, it’s highly relatable and a great leveller, with people from all walks of life launching into conversations no-one can hear.”

Another first in the competition is that one quote comes from a non-human—Bird of the Year contestant the orange-fronted parakeet/kākāriki karaka. The parakeet’s campaign line “I am the orange face you can trust” strikes a chord for people who dislike Trump, Dr Kavan said.

Jacinda Ardern and Judith Collins each had six quotes nominated.

Dr Kavan says their best lines were often unscripted. “Jacinda Ardern’s ‘I did a little dance’ shows her humanity more than polished lines like “Know us by our deeds’ that made it onto the front cover of Time magazine.

“Similarly, much of the appeal of Judith Collins’ ‘When my eyebrow goes up, it’s a joke’ is that it’s part of a conversation with journalists. She’s replying to a question about how they can tell whether she’s joking or being factual, and the contrast between her amusement and the journalists’ seriousness makes the scene entertaining.

Dr Kavan says several people have commented that they think ‘You’re on mute’ will have the widest appeal.

“In many ways, quotes are like songs—we recognise a good one when we hear it, but it’s difficult to define why it sparks something within us.

“Incidentally, journalists often ask me which quote just missed out. This year it was Winston Peters’ ‘We’ve opposed woke pixie dust’ that was in eleventh place,” she said.

1.“Because we can't get on each other's nerves if we're dancing constantly.” The Buchanan family in their music video that went viral during lockdown.

2.“When my eyebrow goes up, it’s a joke." Judith Collins on how people can tell whether she is joking or being factual.

3."I am the orange face you can trust."  Orange-fronted parakeet requesting votes in Bird of the Year competition.

4.“There are no new cases of Covid-19 to report in New Zealand today.” Dr Ashley Bloomfield at press conferences throughout the year.

5.“The Aussies can have Russell Crowe, but they can’t have our buzzy bee.” Simon Beattie after The Crown shifted the New Zealand buzzy bee scene to Australia.

6.“Let it be known these tears are not for you.” Sara Qasem speaking to the Christchurch Mosque gunman in her victim impact statement.

7.“I did a little dance.” Jacinda Ardern when asked how she reacted when New Zealand had zero active cases of Covid 19.