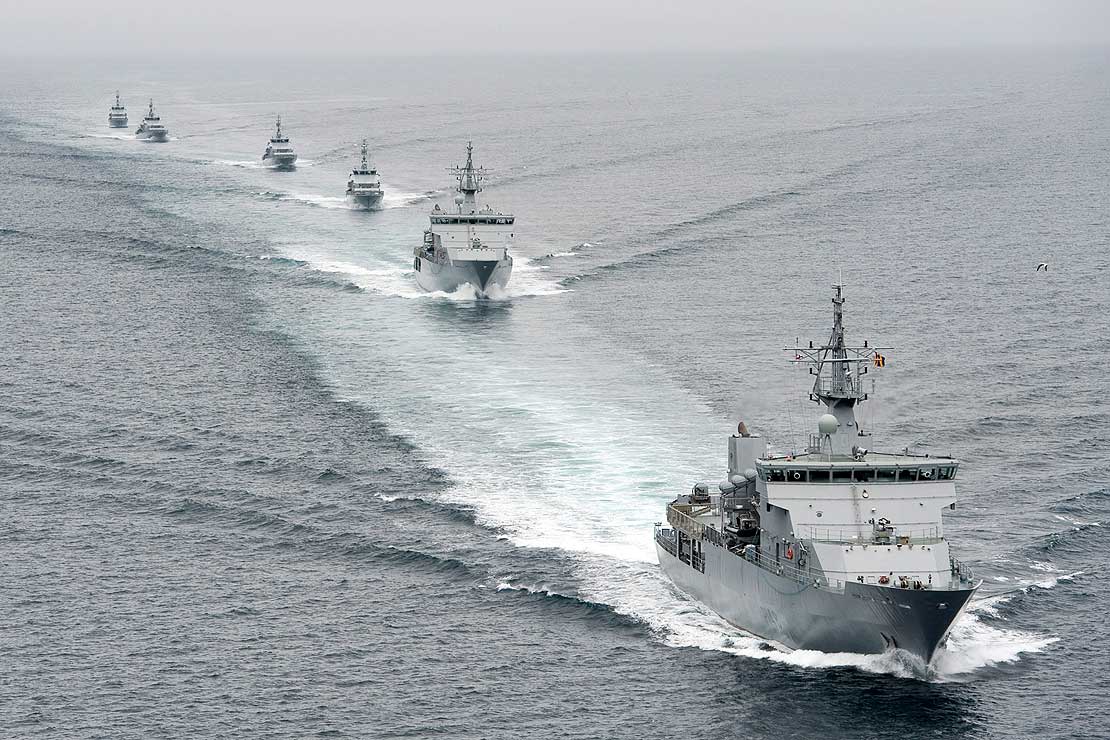 A recognition of the looming challenges facing our Pacific neighbours through climate change and pressures on maritime resources has led to a shift in focus expressed in the just-released Defence Capability Plan 2019.

In line with the Government’s Pacific reset policy, the plan’s $20 billion dollar allocation on asset replacement over 30 years is aimed at a more strategic approach to regional security. But will new ships, new aircraft, new technologies and more personnel bring about a more secure Pacific?

What stands out is the focus on rejuvenating maritime sealift and being strategically positioned to meet the deleterious impact of climate change in the Pacific. This takes precedence over the language of prioritising combat capability that we saw in the 2018 document.

This is a sensible approach and reflects a pivot towards regional priorities, and it also perhaps reflects a change in focus occurring with the new Chief of Defence Force coming from the Airforce, rather than the Army. It does continue to position the prime role of the New Zealand Defence Force as a humanitarian and disaster relief tool.

The other stark difference to the 2018 document is that it is less adversarial in nature – the previous document indicated that Russia, China and North Korea represented challenges to our defence priorities. Wisely, this language is now absent.

The newly-commissioned Manawanui naval ship is the latest acquisition in a list of priorities that extend in the next few years to new Hercules, a sister ship for the HMS Canterbury, an ice-capable patrol vessel, Seasprite helicopter replacements and extending the army to 6000 people by 2035.

Increasing the army size is the most ambiguous aspect of the plan. I suspect this doesn’t mean front-line infantry units, as much as it is a recognition that the support and role of the Army will need to evolve and this will simply require more people. But it doesn’t indicate a turn towards combat capability per se.

Several commentators have previously noted that, over time, the Army will increasingly find it difficult to recruit physically fit and willing recruits, so getting to the 6000 may be a stretch. Lastly, there is understated mention of unmanned aerial vehicles (UAVs) being purchased. When questioned, the Minister Ron Mark indicated that they would have a maritime domain surveillance role, but would not commit to saying whether they could deliver offensive payloads or not.

Nevertheless, when we compare this document to last year’s Strategic Defence Policy Statement, there is still little substantive discussion of investment in the defence workforce, arguably its greatest capability/asset. There is clear language that views defence personnel as being highly-trained professionals and that the workforce requires long-term planning, but no detail regarding the investments required to support these people.

Minister Mark also suggested that near future priorities will include a defence real estate plan and, perhaps innovatively, a strategic approach to questions of biodiversity and biosecurity.

Dollars for welfare or warfare?

Quite rightly, as a media representative asked at the launch, should we not spend $20 billion on welfare and health? Minister Mark’s response was that this is long-term spending on the Pacific region’s and New Zealand’s future welfare and security. This is the strongest argument I have heard from the New Zealand Defence Force (NZDF) for the significant spending allocation, but it remains starkly obvious what the money could do if invested elsewhere.

We need to be aware that the Minister has a particular perspective – he still sees himself as a member of the NZDF. Minister Mark has a deeply personal historical commitment to the NZDF and clearly, as a senior member of New Zealand First, there is a strong political agenda in the funding allocation. He is unlikely to advocate for a reduction in defence spending unless there is a strong NZDF rationale for such an event, something we are yet to see.

There was an argument made that our Five Eyes partners do not drive our procurement, which might be technically accurate, but does not reflect the fact that we primarily service our equipment, purchase from, and deploy alongside these nations. These factors do actually drive decision making priorities.

In the main, the document is sensible if the Government wishes to continue to prioritise the current capabilities of the NZDF, which seems to have cross-partisan support outside of the Green Party – and if it doesn’t wish to spend $20 billion elsewhere.

What stood out, however, was the absence of women in uniform attending the Statement launch. The leadership present were old European men, and this lack of representation contrasted strongly with Minister Mark’s repeated emphasis on the “women and men of the NZDF” and, of course, the need for our defence forces to reflect the our region’s demographic diversity. Only then will our defence forces be truly fit for the 21st century.