Opinion: The right-wing version of academic freedom and communicative inversions

For the far-right, free speech is the discursive trope organised to silence speech. This communicative inversion, the turning of materiality on its head through discursive tropes, is a communicative tool deployed by the right to hold up and perpetuate a broader culture of hate that targets Indigenous, people of colour, gender diverse, women, and diversely abled academics.

When the Newsroom story, Academics divided on their own freedoms, made its way into my mailbox, I was looking forward to reading it. The story was behind a paywall, and I had to wait until noon to read it, when thankfully a colleague kindly forwarded the text of the story to me. The story reported from a survey commissioned by the Free Speech Union and carried out by Curia Market Research. Curia boasts many clients including Pfizer, Microsoft, and the National party. In its opening page, the company pitches itself as having run polling services for New Zealand Prime Ministers and opposition politicians.

The Free Speech Union was formed initially as the Free Speech Coalition in response to the cancelling of an event at an Auckland Council-owned venue to be held by the far-right white supremacists Lauren Southern and Stefan Molyneux. Although it claims support from both sides of the political and ideological spectrum, the positions expressed by the Free Speech Union since its formation in 2018 seem to be concerned with the safeguarding of a particular form of free speech- the freedom to speech of those occupying positions of privilege. This form of speech is organised to target and silence the speech, health and safety of those at the margins of societies.

In multiple instances where the Free Speech Union has run an organised campaign, the campaign seems to be driven to safeguard the expressions of white, patriarchal, colonial structures.

The podcasts on the website of the Free Speech Union seem to be predominantly concerned with what it terms "American style culture war" and "woke culture".

It seems the "chilling effect" the Union is concerned about is the speech of those in hegemonic positions of power. The Union's narrative constructing the fear of being cancelled is driven to safeguard those identity positions in power that have historically and in contemporary contexts perpetuated the silencing of the raced, gendered, colonial margins.

In December 2021, the Union created an academic freedom fund in support of two academics who were being investigated by the Royal Society for a letter they wrote to the New Zealand Listener disputing the scientific legitimacy of Mātauranga Māori. When I received the survey from the Free Speech Union, I ignored it because of the seeming parochial ideological investments of the Union. Speaking with and witnessing the social media accounts of other ethnic minority, Indigenous, and gender diverse colleagues, I observed similar responses.

It was the same reason I had earlier ignored the invitation from the Union to an interview on the film The Kashmir Files. The Union platformed Roy Kaunds, a Hindutva ideologue who has been called out by Indian diaspora activists for his Islamophobic speech. Mr Kaunds previously appeared on the far-right hate infrastructure, Counterspin Media. The Kashmir Files has been critiqued for its role as a propaganda device in spreading Islamophobia, and Hindutva ideologues have deployed the film to produce and circulate Islamophobic hate speech, reflected in calls to carry out genocide of Muslims and organised rape of Muslim women.

It seemed that I was on the radar of the Union as an academic with a different viewpoint (in the words of the person who called me), and yet I hadn't registered a word of solidarity from the Union over the six or seven months my academic freedom was being threatened by the supporters of Hindutva, a far-right nationalist political ideology, here in Aotearoa. Mr Kaunds, the Union's proponent of Free Speech in the context of The Kashmir Files was part of the communicative infrastructure targeting my academic freedom in the context of Hindutva.

The Newsroom article did not tell us much about the sample of the reported survey, the sampling strategy, and the demographic and ideological characteristics of the sample. Moreover, my concerns about source credibility related to the survey are validated by the survey items that were reported in the article. For instance, the article suggests 21 per cent of respondents score 0-2.5 on a 10-point scale in indicating the freedom to “question and test received wisdom.” Without further elucidation of what the item means by received wisdom, the reader is left to guess what the item is pointing toward. In other words, the perception of academic freedom reflected by the item seems to depend on what the operationalisation of “received wisdom” is.

These items once again don’t really elucidate much. They remain vague about the aspects of these issues where academics seem to be experiencing chilling effects.

The focus on these two areas seems random, unless read from the ideological agenda of the far-right here in Aotearoa. For the far-right discursive infrastructures, “gender and sex issues” and “treaty issues” are key sites for perpetuating hate that is targeted at the margins. The freedom of speech here is deployed specifically to legitimise and circulate hate. The language of "cancel culture" is discursively deployed to erase and silence articulations from the raced, classed, gendered margins of the settler-colonial state, silencing the voices and academic freedom of those at the margins.

Who are the academics experiencing chilling effects in discussing "sex and gender" and "treaty issues?" Unless the academics responding to these items on the survey are experts in these areas, the concept of academic freedom in these areas doesn't extend to them. A physicist's academic freedom to make statements about "treaty issues" or "sex and gender" is as legitimate as my claim about academic freedom to make pronouncements about the muon G-2 experiment. We cannot tell from the news story whether the academics experiencing chilling effects in discussing these issues are area experts.

In the absence of details about the sample (including subject areas) and analysis of the findings disaggregated by area of scholarship, one might speculate given the context that the academics who responded to the survey are not experts in the areas of "sex and gender" and "treaty issues." Lacking such detail, the survey could be read as a politically motivated campaign to deploy the tropes of "cancel culture" and "wokeism" to target the academic freedom of scholars at the intersectional "margins of the margins."

In a political climate where the far-right has weaponised diverse forms of attacks on academic freedoms to uphold the hegemonic structures of whiteness, patriarchy, colonialism, and capitalism, the Free Speech Union's survey of academic freedom is an exemplar of communicative inversion, directed at perpetuating a chilling climate in the name of promoting academic freedom.

Professor Mohan Dutta is Dean's Chair Professor of Communication. He is the Director of the Center for Culture-Centered Approach to Research and Evaluation (CARE), developing culturally-centered, community-based projects of social change, advocacy, and activism that articulate health as a human right.

Opinion: Whiteness and calls to dialogue with far-right infrastructures of white supremacy

What exactly is the middle ground when democracies are faced with viral disinformation campaigns, organised by powerful political and economic interests, leveraging the profiteering logics of platform capitalism? 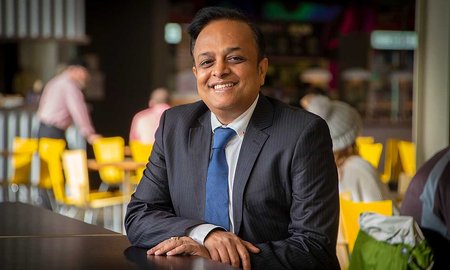 Professor Mohan J. Dutta has been named as a 2021 Distinguished Scholar by the National Communication Association (NCA). 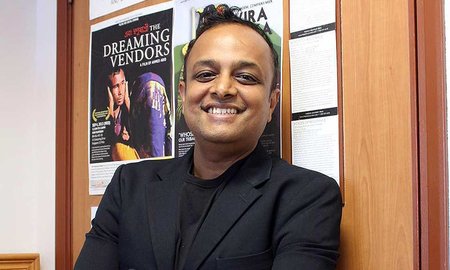 Opinion: Attacking courses on critical pedagogy is a strategy of the far right

The contempt for the creative arts and media studies expressed by Judith Collins should be read alongside similar such attacks by the far right on critical pedagogy across the globe, says Professor Mohan Dutta. 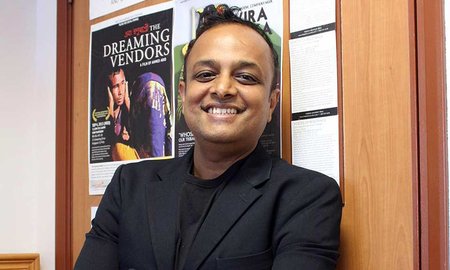 Professor Mohan Dutta has been named a Fellow of the International Communication Association (ICA). 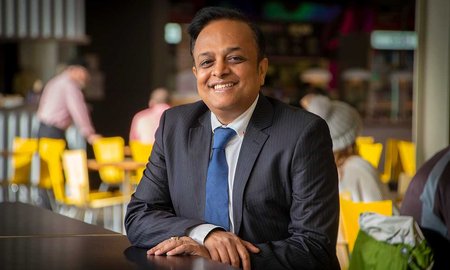