Professor Sarah Riley is the co-author of newly published book that explores the intersection of postfeminism and health studies.

Professor Sarah Riley, co-author of newly published Postfeminism and Body Image, says fifteen years ago she didn't know if she had a thigh gap or not because she didn't have those words in her vocabulary.

“Now I do know. I can tell myself it doesn’t matter, although of course now it does. Because now I know it matters.”

Professor Riley, Director of Massey’s Critical Health Psychology programme, is referring to the social media-driven notion of the desirability of a thigh gap that exploded into women’s consciousness around 2012.

Look up 'thigh gap' on Google today and you come up with over 37 million results. They include YouTube offerings like 'Thigh Gap in 7 DAYS!', attracting comments such as "Giving this a try! My thighs are my biggest insecurity and I desperately want a thigh gap."

The extreme methods some women resort to in pursuit of the ideal thigh gap illustrates the postfeminism idea that women empower themselves by working on their appearance. Professor Riley says if feminism was about the advocacy of equal rights for women, postfeminism sees empowerment through a set of ideas about ideal femininity.

“This idea can influence all areas of women’s lives, their sexual identities, as a mother and their working lives, in relation to how they think about health and personal appearance. On the one hand it’s very attractive because it offers us the promise that we can be whoever we want to be, as long as we want it enough to work on ourselves. On the other hand it ‘smuggles in’ a lot of harm.”

Professor Riley says the postfeminism set of ideas was driven by the media in the 80s and then the 90s, when the Spice Girls were dominating the global charts.

“It was all about female power, using the language of feminism, celebrating women’s sexuality. It all looked new and exciting, but there was this element of hiding traditional gender roles in new packaging. After feminists criticised the culture that requires women to dress up to look nice for men, we now have postfeminism saying that women should dress up to look nice for themselves. You work on your body and yourself as a choice because its empowering.”

Professor Riley says this argument is used to sell incredible amounts of product.

“There’s a lot of pressure to look a particular way. The amount of product, the amount of skill, the amount of work women need to make up a normal face is incredible but it’s ‘their choice’ and empowering.”

The resources required to ‘work on yourself’ range from make-up kits to pricy gym memberships and even kitchen blenders for creating ‘health’ foods for a better body.

“The concern is that it’s hard to complain because it’s your ‘choice’, even if, in our culture, if you don’t do it you can be punished for it."

So while postfeminism appears to offer really desirable ideas about femininity, Professor Riley says there’s always ‘a bit of a sting in the tail’. Her research looks at how the pursuit of ideal femininity can undermine women and make them vulnerable.

“This sets us up to fail. And to understand that the failure is our fault.”

Professor Riley and her co-authors Dr Adrienne Evans and Dr Martine Robson spent time on the internet looking at make-up tutorials and health influencers as part of the research for Postfeminism and Body Image.

“We looked at this idea of loving your body. Women have to have a positive body image. If they don’t then somehow they’ve failed. Now you’ve got a body you don’t like, and a mind you don’t like and both of them are your fault," Professor Riley says.

She says these days telling women to diet is seen as suggesting their bodies aren’t good enough, but telling them to eat healthily – or ‘healthy’ as the media would have it – amounts to much the same thing.

Professor Riley says complex issues rarely have simple solutions, but the book offers some useful tips such as using your emotions as a barometer. If the social media you follow makes you feel good, keep following it, but if it makes you feel bad, give yourself a break.

It’s also really useful to know that ideas of ideal femininity are contradictory, so however hard we try it’s impossible to get it right.

“We can experience our bodies in ways that are less judgemental,” Professor Riley says.

Postfeminism and Body Image follows an earlier book by Professor Riley and her co-authors, Postfeminism and Health, which won a 2021 British Psychology Society book award. 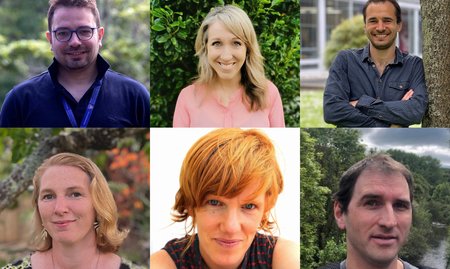 Professor Sarah Riley from the School of Psychology has won the Monograph award at the 2021 British Psychology Society Book Awards. 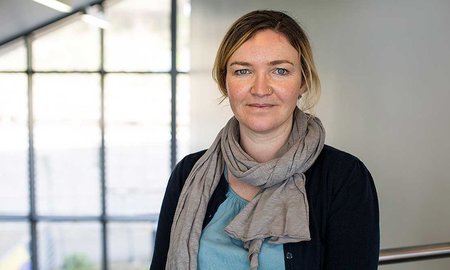 From the impact of pop culture on body image to why men dance the way they do, how people manage ageing and illness, and whether self-help books actually help - Sarah Riley, a professor in critical health psychology, explores. 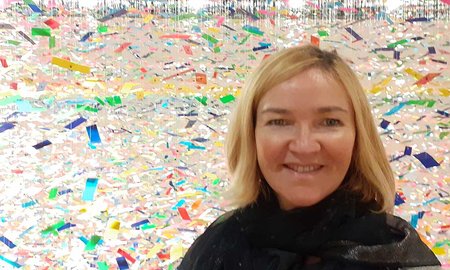