For his work in population genetic theory and international recognition as a research leader, Professor Cox has been granted this prestigious award.

Professor Murray Cox from the School of Natural Sciences has been named the recipient of the 2022 Hector Medal by The Royal Society Te Apārangi.

The Hector Medal is awarded annually for chemical, physical, mathematical, or information sciences, to the researcher who, working within New Zealand, has undertaken work of great scientific or technological merit and has made an outstanding contribution to the advancement of the particular branch of science.

Professor Cox was nominated for major advances in population genetic theory and the development of associated methods that have delivered insights into genome evolution.

His major breakthroughs include discovering a previously unknown species of archaic human and showing that it lived in the Pacific region, identifying the limits to which functional information from European genetic datasets can be transferred to Pacific communities, building the first quantitative model to elucidate how social behaviour jointly shapes language and genetics and identifying new mechanisms for how the 3D structure of DNA in a cell’s nucleus coordinates gene expression.

His scientific discoveries are routinely published in the world’s top journals, with four recent articles making the covers of Nature and Cell. His findings frequently capture global attention, as highlighted by major international media like National Geographic, The Economist and The New York Times.

Professor Cox has received a number of significant awards and fellowships throughout his career. In 2016, the Association of Commonwealth Universities awarded him the Titular Fellowship, which he held as a senior fellow of St John’s College at Oxford University. In 2017, he was made a fellow of the Humboldt Foundation. In 2019, the University of Melbourne awarded him its Miegunyah Distinguished Visiting Fellowship, the first New Zealander to be given this distinction. The University of Otago awarded him a Doctor of Health Science in 2017, and earlier this year he was appointed as a Fellow of the Royal Society Te Apārangi.

Professor Cox’s nomination for the Hector Medal stated: “The uptake of his novel quantitative and computational approached, and his repeated success in applying them to answer long-standing questions, strongly distinguishes Professor Cox from his contemporaries and has allowed him to forge major new paths forward in his field. Professor Cox is an internationally recognised research leader of real distinction and his special contributions strongly merit him the award of this Royal Society medal.”

Provost Professor Giselle Byrnes says, "Massey University is enormously proud of Professor Cox’s world-leading research and his many achievements to date; he is richly deserving of the Hector Medal which recognises the innovation of his research and the ways in which he and his teams have been constantly working across disciplines to solve problems that matter to the communities we serve.”

The Hector Memorial Fund was established in 1910 to support the award of the medal. It was previously awarded annually, in rotation, for plant sciences, chemical sciences, human sciences, solid earth sciences, mathematical, physical and engineering sciences, and animal sciences, to the investigator who, working within New Zealand, had done most towards the advancement of the branch of science to which the medal was allotted that year. From 2001 to 2005 the medal was awarded biennially, but awarded annually again from 2005.

Previous recipients can be found here. 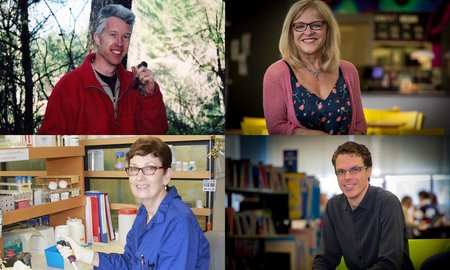 Professor Murray Cox has been awarded the Te Rangi Hīroa Medal by the Royal Society Te Apārangi for his work decoding how past societies lived through their DNA. 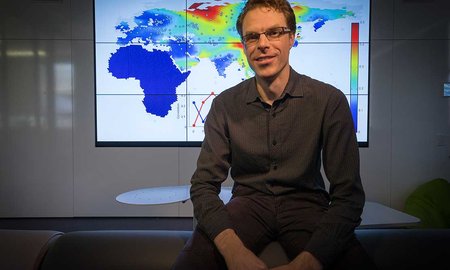 Two Massey academics have been elected to the Academy of the Royal Society Te Apārangi for their distinction in research and advancement of mātauranga Māori, humanities, technology and science. 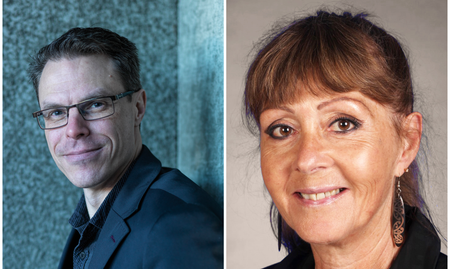