Professor Tony Signal and Professor Barry Scott are awarded emeritus titles in recognition of their service to the university.

The title “Professor Emeritus” is conferred upon retirement to select nominees who are recognised nationally as having been outstanding in their discipline; and who have made an outstanding contribution to scholarship or the university or both; as well as being held in the respect and esteem of colleagues.

Professor Signal has made significant and sustained contributions to his discipline of physics over a 32-year period and is highly regarded by his peers. He has established himself as a leading theoretical physicist in the areas of nuclear and particle physics, with a special emphasis on deep inelastic scattering and quantum chromo-dynamics.

In recognition of his contributions, he was made a Fellow of the New Zealand Insitute of Physics in 2004, and was awarded the NZ Science and Technology Bronze Medal the following year by the Royal Society of New Zealand Te Apārangi.

Professor Signal began as a lecturer in 1990, before rising through the ranks to Professor, which he held up to his retirement. He also served the university in many different roles, including on the University Council, Academic Board, and as Academic Dean Science.

Head of School of Natural Sciences Professor Jamie Quinton, says Professor Signal has contributed to Massey for over three decades. “The Emeritus Professor honour is well deserved and recognises his keenness to continue to contribute to the teaching and research activities with the College of Sciences over his time with us. Tony has been a high achiever throughout his whole academic life, and this was typified in his being promoted from Senior Lecturer straight to Professor in 2002. But his connection with Massey started with his first-class honour’s degree in 1985. After successful doctoral and post-doctoral experiences overseas, he returned to Massey, where he became a longstanding and influential Massey citizen. He is held in high esteem but his colleagues who all wish to continue to work with him in his new role as his expertise is of great value to all.”

College of Sciences Pro Vice-Chancellor Professor Ray Geor says Professor Signal is a wonderful ambassador to physics, his school, the college, and the university as a whole. “Tony was the Academic Dean Reporting directly to the College of Sciences office, so I have had the pleasure of working with him directly. Tony has also made significant contribution to his field and is held in high regard by his peers within the discipline of physics. This was recognised when he was made Fellow of the New Zealand Institute of Physics in 2004 and was awarded the NZ Science and Technology Bronze Medal in 2005. Emeritus Professor Signal continues to work with current Massey researchers within existing collaborations with experimental groups at several particle physics laboratories around the world. I congratulate Tony on this very fitting honour. “

Professor Barry Scott is internationally recognised for his research contributions to the understanding of plant-microbe symbiosis. His contribution to scholarship includes 17 book chapters and 125 published primary research papers, 30 of which have been cited 100 or more times.

He was elected as a Fellow of the Royal Society of New Zealand Te Apārangi in 2010 and has received several national and international awards for his research, including a Humboldt Research Award in 2014 and the Marsden Medal in 2010. Professor Scott has served on several university, national, and international committees and boards, and is highly respected for his mentorship of postgraduate students and academic staff throughout his long and distinguished career.

Head of School of Natural Sciences, Professor Jamie Quinton, says Professor Scott is one of the most highly regarded researchers in Massey’s recent history. “Barry’s unwavering support of the sciences; his generous mentorship to everyone from junior researchers through to senior professors; his ongoing role in raising the research standards, and particularly funding grant success rates; and his extensive international and national networks, including industry partnerships, continues to bring immense value to his colleagues at Massey University. As an Emeritus Professor, Professor Scott remains actively engaged with Massey University, both in a teaching and research capacity. And we hope he will continue to do so as we value his scholarship, skills and knowledge.”

College of Sciences Pro Vice-Chancellor Professor Ray Geor says Professor Scott has contributed at the highest level of the university during his time at Massey, including expanding the university’s work in molecular biosciences, and the Massey University Centre for Genomics. “Barry’s leadership at college level was significant including as a Head of Institute, within the Doctoral Research Committee and University Research Committee, and Chair of the College MURF Committee. Barry was instrumental in establishing a Professorial Forum that recognised the need for senior academic debate and networking on important issues. A highlight in Barry’s career among many awards and honours, was being the inaugural recipient of the Massey University Research Medal for Exceptional Citizenship Whaowhia Ngā Kete O Te Wānanga. As an Emeritus Professor, Barry remains a committed and much-valued researcher, teacher and mentor to his colleagues, and I offer him my congratulations.” 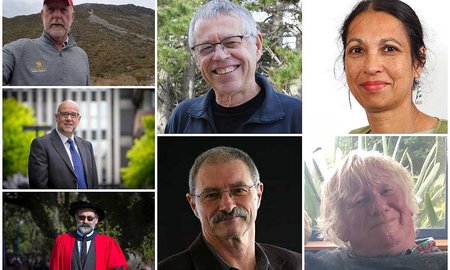 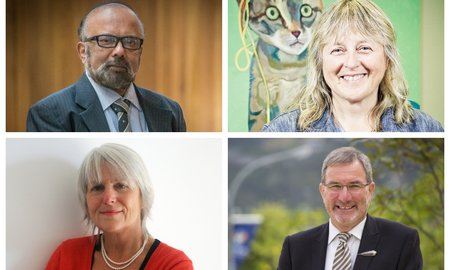 Sleep researcher Professor Philippa Gander has been awarded the title of Emeritus Professor. 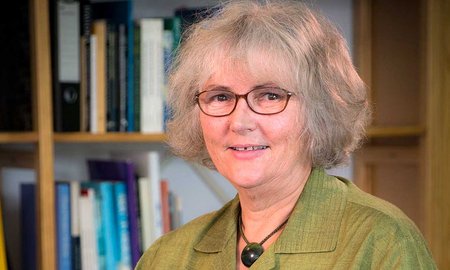