A new study from the Centre for Public Health Research provides an important baseline for tracking trends of chemical exposure levels in New Zealanders. 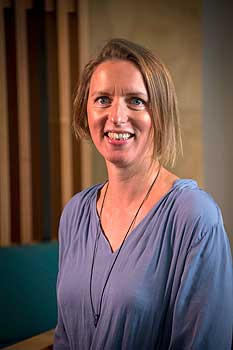 New research from Massey University’s Centre for Public Health Research shows for the first time the levels of certain environmental chemicals in the New Zealand population.

Between 2014-2016, 319 adults and 303 children participated in the first national biological monitoring programme for selected chemicals of concern in New Zealand.

The purpose of the survey, funded by the Ministry of Health, was to find out the general population’s exposure levels for certain environmental chemicals.

Associate Professor Andrea ’t Mannetje led the project and says the study covered a range of chemicals, including those that have long been of concern, such as lead, as well as chemicals that more recently have come under scrutiny, such as bisphenol A (BPA) and phthalates.

“The study provides an important baseline for tracking trends of exposure levels in New Zealanders over time, so the effectiveness of policies aimed to reduce New Zealanders’ exposure to environmental chemicals can be assessed,” Dr ’t Mannetje says.

“We now know what New Zealanders’ exposure levels are for these very common environmental chemicals, as before we had no idea. This means we can finally compare ourselves with other countries, and we are able to indicate how any individual’s level compares with the general population, while before we had to rely on overseas data to know what was ‘normal’. We can also see how exposure trends develop over time which will show the effectiveness of any action taken to reduce exposures, such has been shown for lead in other countries after removing lead from petrol.”

Results were presented by age group, gender, geographic region and for Māori and non-Māori, to see whether exposure levels differ between demographic groups in New Zealand.

-        New Zealanders’ exposure levels to environmental chemicals are generally similar to those of other developed nations.

-        Lead was detected in all blood samples but none were at levels above the notifiable blood lead level.

-        Mercury and arsenic levels were higher for those who reported fish consumption in the 48 hours before blood being taken.

-        For both children and adults, the lowest levels of fluoride were observed in the South Island, likely reflecting regional differences in water fluoridation.

-        Concentrations of phthalates, commonly used as plasticizers in plastics, were the highest in the youngest age group, age five to seven.

-        Concentrations of parabens, commonly used as preservatives in personal care products, were higher in women compared to men.

A full report of the national biological monitoring programme is available on the Centre for Public Health Research’s website.