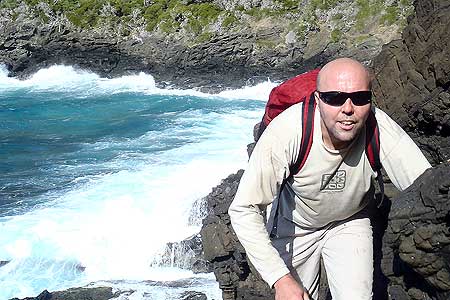 Researchers are calling for human intervention to deal with the extent of plastic ingestion in wildlife, with 1557 species worldwide now documented to have eaten plastic.

“It demonstrates wide contamination across numerous branches of the tree of life; including eight phyla and more than half of the vertebrate orders.”

Published in the highly prestigious journal Science, the new article is the most up to date comprehensive report of plastic ingestion of species worldwide including terrestrial, freshwater and marine environments.

Co-author of the review, Dr Machovsky-Capuska says for many years the main explanation for plastic ingestion was that plastics were confused with prey that animals consumed, however the review shows it’s much more complicated than that.

“There are many factors to be considered including the availability of plastic in the environment, the nutritional status of the animal, and their foraging strategy.

“These characteristics or traits play an important role for understanding the risk of plastic ingestion in each species.”

Plastics can be considered ‘evolutionary traps’ because animals face the challenge of distinguishing plastics as non-prey items despite extremely similar physical and chemical characteristics.

Dr Machovsky-Capuska says there is a very small chance that species could start to evolve and adapt in response to plastic pollution.

New Zealand phasing out more single-use plastics by 2025 is exactly the human intervention that Dr Machovsky-Capuska wants to see more of.

“It will certainly reduce plastic availability in the environment and hopefully decrease the chances of wildlife encountering and ingesting plastic. While there is still plenty more that needs to be done, it’s a step in the right direction.”

CERG Research Director, Professor Karen Stockin added “The significance of plastics in the environment is certainly recognised by the New Zealand government and for good reason, as this new study demonstrates”