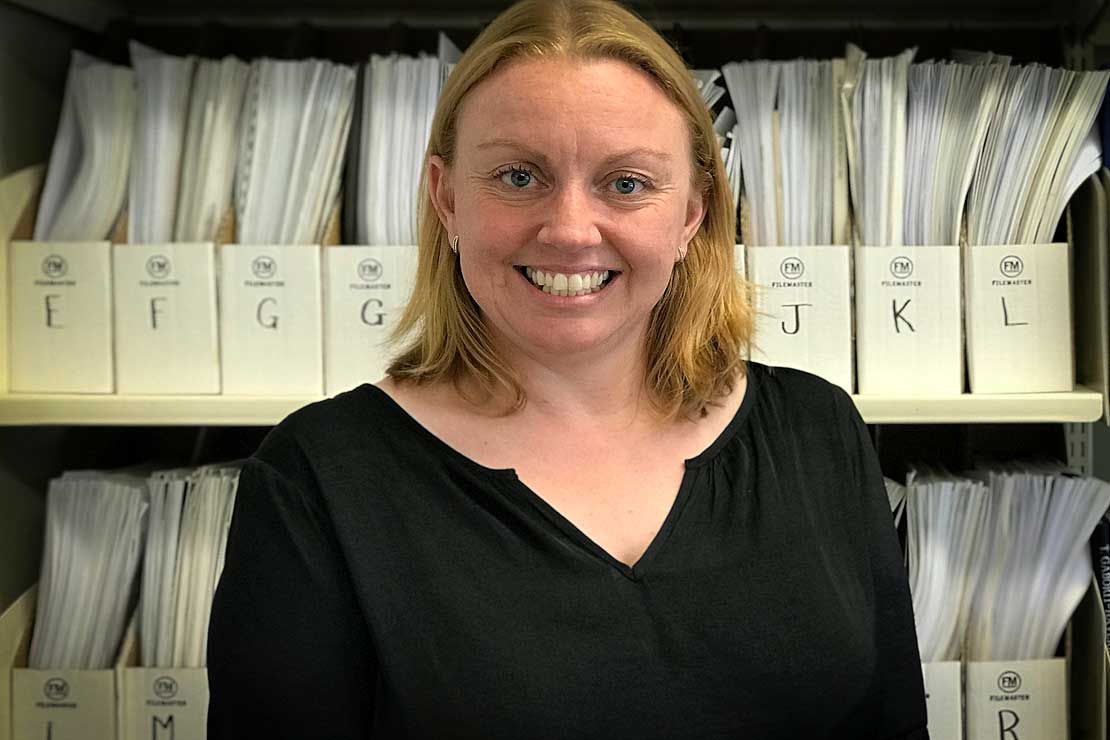 Dr Stockin will take up the newly established role of strandings coordinator within the recently-created Strandings Initiative. The initiative was formed to assist international stranding networks in their capability to respond and investigate stranding events.

The initiative has been in the works for a number of years and was requested by several of the commission sub-committees, including the welfare sub-committee, to provide more support and strategic direction around strandings of whales, dolphins and porpoises.

Dr Stockin has a clear record of excellence and experience in whale strandings both nationally and internationally. Within Massey's Institute of Natural and Mathematical Sciences, she is the director of  the Coastal Marine Research Group at the Auckland campus. She has also been appointed an associate investigator at the Animal Welfare Science and Bioethics Centre.

New Zealand is internationally recognised for its high frequency of strandings, and especially for its record mass strandings of pilot whales. As part of the new position, Dr Stockin will be responsible for convening the Strandings Expert Panel, which comprises 22 of the world’s leading authorities on marine mammal strandings.

Dr Stockin was the recent recipient of the Bob Kerridge Animal Welfare Fellowship for investigating the human dynamic to stranding events, as part of a larger project designed to improve the conservation-welfare nexus during stranding events.

“The IWC role is a natural progression to the research myself and colleagues at Massey are undertaking nationally on strandings, and it’s a huge privilege to be a part of such a respected international commission such as the IWC,” Dr Stockin says. Scope of the work

Earlier in 2017, the Expert Panel and Intersessional Steering Group were convened, drawing from strandings experts from a number of different countries, to draft an initial work programme for the initiative, which called for an initial focus on emergency response and on trainings. Dr Stockin was part of the Steering Group, but as stranding coordinator, her primary role now will be to guide the strategic development and implementation of the portfolio outlined by the Expert Panel.

Some of her responsibilities will include developing strategies for handling requests for assistance, expanding coordination efforts with other intergovernmental organisations and developing international training workshops for emergency response.

A major part of the work will be developing frameworks to guide the commission when it needs to assist governments in unusual stranding situations when called upon. Additionally, Dr Stockin will assist the commission with its work on other initiatives relevant to strandings as and when required (e.g. ship strike, entanglement).

In New Zealand, the Department of Conservation is legally responsible for marine mammals. Project Jonah is a marine mammal welfare charity which is a partner to the department, providing logistical expertise and trained volunteers to assist at stranding events.

As a member of the commission's Stranding Panel, general manager of Project Jonah Daren Grover said, “the appointment of Dr Stockin as the commission’s Strandings Coordinator will bring considerable benefits to New Zealand, as well as helping share knowledge to save lives at future strandings, both here and overseas”.

Dr Stockin’s history with the commission dates back to her undergraduate years when she studied minke whale diving behaviour as part of her Bachelor of Science in Marine Biology at Plymouth University, England. Her findings which published in the Journal of the Marine Biological Association of the United Kingdom in 2001, were originally presented to the scientific committee of the commission on the grounds her findings had impact to the way in which abundance estimates were calculated in minke whale populations subject to scientific whaling quotas.

Since then she has periodically attended the commission's scientific meetings as an invited participant, and will be invited participant at the Modelling and Assessment of Whale Watching Impacts workshop, being held in La Spezia, Italy prior to the commencement of the European Cetacean Society conference early next month. Additional international duties for Dr Stockin in her new role include attendance at the upcoming Scientific Committee meeting in Bled, Slovenia at the end of April and the Commissions’ biennial meeting held in Mexico in September.

Dr Stockin will begin her new role next month, continuing in her existing roles at Massey University, with the commission position being part-time.

The commission is the global intergovernmental body charged with the conservation of whales and the management of whaling with 87 member countries, bringing together a number of sub-committees to deal with major issues like animal welfare and conservation.

Massey and the IWC

Dr Stockin is not the first Massey staff member to be involved with the commission, with one of the most notable pioneers being the late Professor Emeritus David Blackmore. In 1991 Professor Blackmore was asked by the New Zealand government to prepare a paper for the commission on the humaneness of the methods used for the slaughter and euthanasia of whales. He worked tirelessly in the field during many strandings and demonstrated via his research, a need for investigation to ensure that stranded whales, unable to be returned to the sea, were euthanised using pain-free methods. More recently, Professor Craig Johnson facilitated an commission workshop investigating welfare threats to whales in situations other than strandings with the aim of encouraging further research into the effects of interactions between whales and humans.