A pilot study led by Associate Professor Carol Wham, is the first in a series to investigate the prevalence of malnutrition risk in older people across three settings in Auckland. 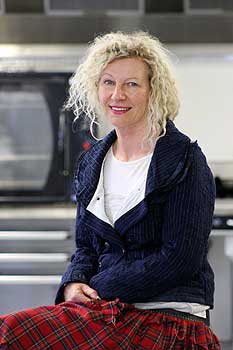 New research from Massey University shows concerning levels of malnutrition among older people living independently in the community or newly admitted to hospital or a residential care facility.

Associate Professor Carol Wham led the study, investigating the prevalence of malnutrition risk in older people across three accommodation settings. The study was conducted within the Waitemata District Health Board region in Auckland, including North Shore City, Waitakere City and the Rodney District, in 2014.

Of the 167 participants, 23 per cent were malnourished, and 35 per cent were at high risk of malnutrition. Those recently admitted to residential care had a higher prevalence of malnourishment – 47 per cent, compared to 23 per cent in hospital, and two per cent living in the community.

The pilot study, a first of its kind in New Zealand, is the first in a series to screen for risk of malnutrition in community and early admission to hospital and residential care. The research is currently being followed up, using a larger group of 250 people in each of the three settings. Researchers are now analysing these results.

Dr Wham says older people are known to be at disproportionate risk of malnutrition, with health conditions both contributing to having an inadequate food and nutrition intake and occurring as a consequence of inadequate intake. “Maintaining good nutritional status is important for remaining independent, yet far too often key aspects of food provision for older people are disregarded or taken for granted, especially among those with health disparities.”

She says elimination of particular foods or food groups from the diet, due to chewing and swallowing difficulties, aggravates the risk of malnutrition. “Reduced food intake can contribute to dysphagia [difficulty swallowing], and can compromise the integrity of the swallow, which initiates a vicious cycle further decreasing food intake and further exacerbating poor swallowing function.”

The risk of malnutrition is a burden on older people and health-care facilities, Dr Wham says. “In community-living older New Zealanders, high malnutrition risk has been shown to impact health-related quality of life. It’s associated with higher infection rates, loss of muscle mass, strength and function, longer length of hospital stays, as well as increasing morbidity and mortality.”

This study highlights the need for mandatory screening for malnutrition risk in all settings, Dr Wham says.

“We discovered marked differences in nutritional risk and the prevalence of dysphagia between older adults living in the three different social settings. Independently living older adults demonstrated the best nutritional profiles with nutrition risk and prevalence of dysphagia significantly lower than those recently admitted to hospital or residential care facilities. We expected these results. However, this data revealed the stark delineation between well older adults, and those experiencing a slide in their health status and profile.

“Malnutrition and swallowing difficulties significantly affect quality of life and are costly to individuals, families and the community. Simple intervention measures to manage under-nutrition, can make a substantial difference. However, given the differences we have identified between each setting, a more targeted approach should be used to identify the optimum nutrition intervention for each setting,” Dr Wham says.

She would like to see awareness around malnutrition in older people, given a higher profile. “This issue should not be considered a ‘normal’ part of ageing. It needs to be higher up the political agenda,” Dr Wham says.