The successful Marsden grants – made up of nine "fast-start" grants for new and emerging researchers and six "standard" grants – represent 8.7 per cent of the total $85.6 million funding pool awarded this year. The projects include problem gambling in games, online illegal drug markets and understanding various aspects of cells and their functions.

Massey University Vice-Chancellor Professor Jan Thomas says the results illustrate the University is achieving its strategic goals in relation to research. “Massey’s point of difference is our research’s connection with industry and community and we aim to produce and nurture research that solves national and global problems,” Professor Thomas says. “The range of Massey projects that have been awarded Marsden funding this year are evidence of this. As these new projects begin, and the previous year’s projects continue, we look forward to the discoveries they produce.”

Massey University Provost Professor Giselle Byrnes, who is responsible for the University’s research strategy He Rautaki Rangahau, says the results reflect Massey’s ambition to significantly increase external research income by supporting early career and established researchers in competitive research funding rounds. “The Marsden Fund is particularly valuable, due to its ability to support such a broad range of research, both pure and applied,” Professor Byrnes says. “We are delighted that we have been successful in a range of disciplines, including health, humanities and fundamental sciences.” 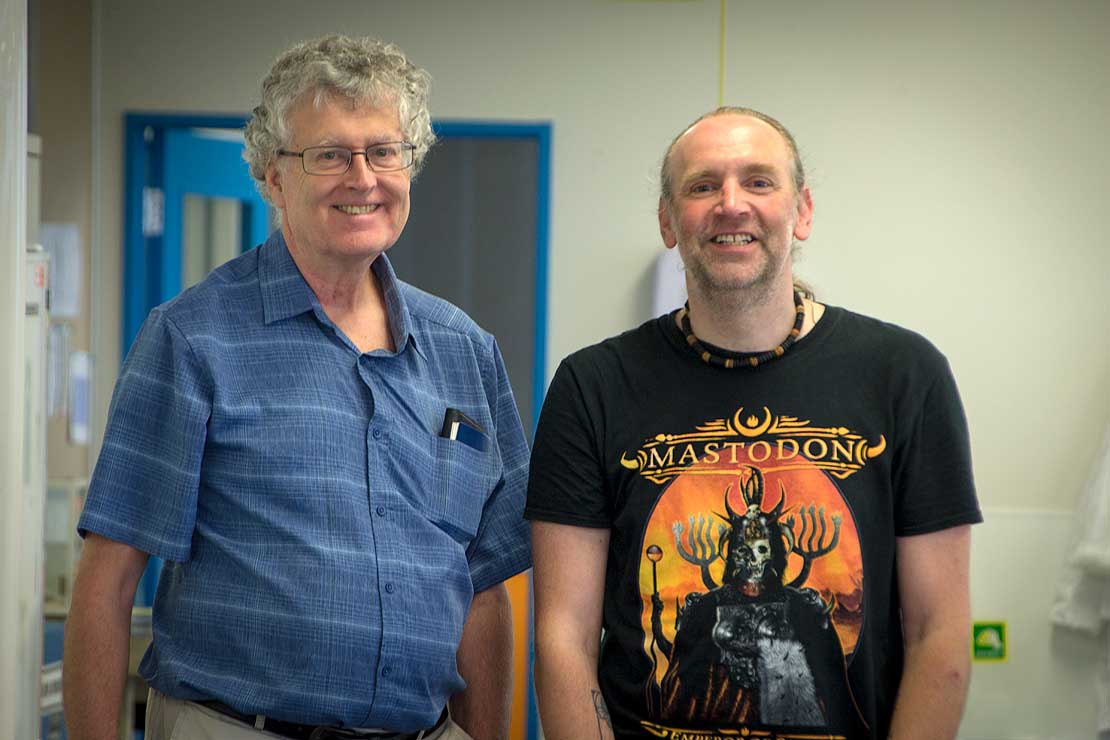 Success in the standard fund

A project led by Professor Jameson and Professor Williams of the Institute of Fundamental Sciences, who are principal investigators in the Riddet Institute and MacDiarmid Institute respectively, was awarded $935,000. It will involve Professor Brett Savary of Arkansas State University, Dr Davide Mercadante of the University of Zürich and Professor Jérôme Pelloux, Université de Picardie Jules Verne.

The project will look at an important structural component of plant cells in the hopes of creating "designer" pectins with potential applications across biotechnology.

Pectin, a complex polysaccharide well known for making jams and jellies, is an important structural component of plant cell walls. There is a large family of enzymes called pectin methylesterases (PMEs) within the plant cell wall, which modify pectin throughout the plant’s life-cycle. The team seek to uncover the mechanism by which PMEs do this and thereby make 'designer' pectins.

“Unfortunately, we understand remarkably little of how PMEs work,” Professor Jameson says. “Despite sharing a common scaffold amongst plants, fungi and bacteria, these enzymes show widely varying preferences in conditions of temperature, pH and salt for best activity. We have already made the first detailed characterisation of a non-processive fungal PME. These results provide the foundation for our studies on a range of PMEs (and mutants) to uncover the mechanism.”

The group will apply state-of-the-art biophysical techniques, including optical tweezers on single molecules and X-ray diffraction to uncover how nature tunes pectin structure and function. 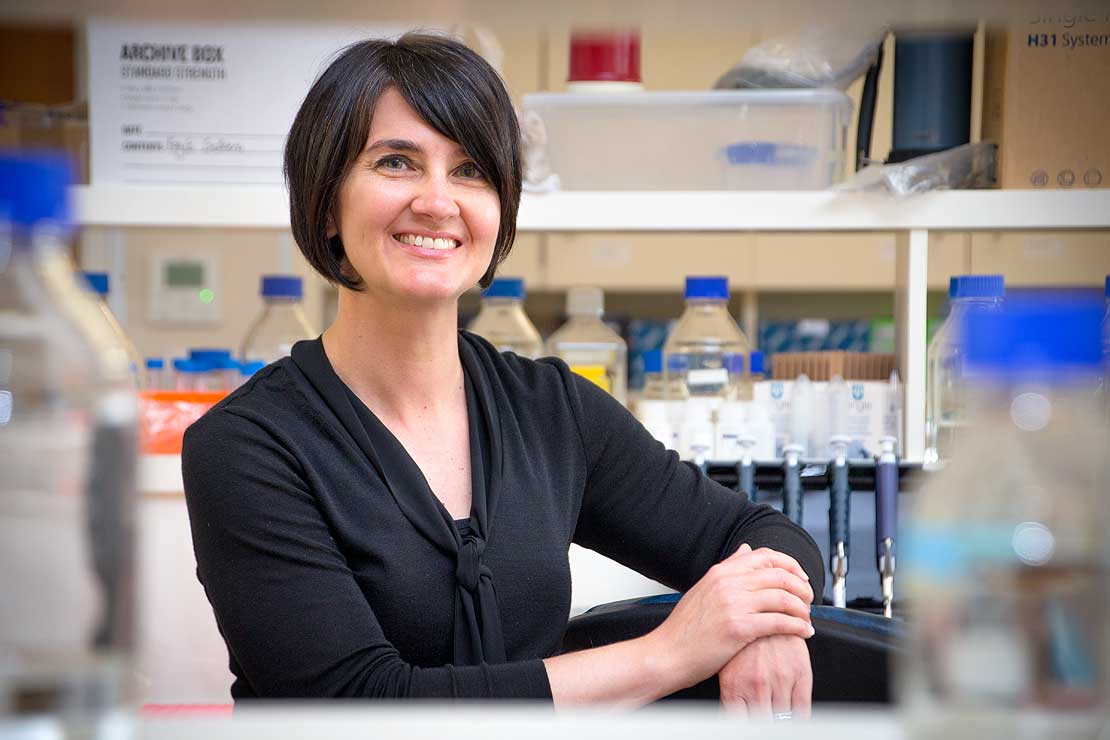 Getting the balance right: how do allopolyploids successfully integrate interspecific nuclear and cytoplasmic genomes?

A project will be led by Dr Jennifer Tate of the Institute of Fundamental Sciences, alongside Professor Murray Cox, Dr Dan Sloan of Colorado State University, and Distinguished Professors Douglas Soltis and Pamela Soltis University of Florida, has received $929,000.

The project aims to determine if there are genomic "rules" to successful polyploid speciation.

“In plants, multiple genomes coordinate to generate energy and conduct photosynthesis and successful coordination of these genomes is crucial for regular growth and development," Dr Tate says. "When different species hybridise, this coordination is even more important for the new hybrid species to be successful.

"We want to know how duplicated nuclear genomes inherited from different species integrate with the single-copy cytoplasmic genomes, which usually only come from the maternal parent. Our aim is to develop a broad view of allopolyploid cytoplasmic-nuclear integration, which has implications for basic evolutionary theory, ecology and crop science."

Dark side of the Net: Exploring and modelling the impact of online illegal drug markets – Social and Health Outcomes Research and Evaluation (SHORE) and Whāriki Research Centre.

The team will analyse the way illegal drugs are sold online, using encrypted websites on the ‘darknet’. Studies have found high numbers of darknet drug dealers (per capita) in Australia, thought to a result of Australia’s geographical isolation and high domestic drug prices. New Zealand shares these attributes but no New Zealand research on darknets has been completed to date.

This research will empirically study and develop a new theory of darknets, using innovative webometric, environmental toxicology and online survey methods to analyse darknet vendors selling to New Zealand, the market structure, the relative competitiveness of darknets compared to street drug markets, and the impact of darknets on drug use in New Zealand.

Dr Heather Hendrickson has received $884,000 to answer a major question in evolution along with associate investigators Massey’s Dr Elizabeth Ostrowski and Professor Ant Poole of the University of Auckland.

The team will be taking an experimental evolutionary approach to the question of how one free-living cell can give up independence and form an intimate, intracellular partnership with another. This partnering is called endosymbiosis and while the mitochondria and plastids are famous examples of endosymbiosis, it is a common occurrence between single-celled eukaryotes and bacteria in the soil.

The Auckland-based research team will use protozoan predators and bacterial prey to induce endosymbiosis and study the mutations that take place early on in this process.

"We are really excited about this opportunity to study this important event in the laboratory,” Dr Hendrickson says.” Our hope is that by understanding how separate organisms develop partnerships we can learn what is required to strengthen the endosymbiotic partnerships we rely on today and how to forge new ones in the future." Head of the New Zealand Institute for Advanced Study Distinguished Professor Gaven Martin has received $671,000 to lead a project that seeks to advance two central areas of mathematics – nonlinear analysis and low dimensional topology and geometry – unified through conformal geometry.

He will explore applications of new ideas to the geometry of moduli spaces of Riemann surfaces, "closing the loop on Ahlfors' approach to Teichmüller theory and resolving difficult mathematical problems from the 1950s."

Professor Martin hopes to shed light on and identify new directions for research in this very active area of mathematics. “Our recent analysis of one complex dimensional moduli space, via knot theory and pleating rays, gives a concrete description, bringing us tantalisingly close to identifying all small co-volume lattices, and completing the classification of all two-generator arithmetic groups."

Dr David Simpson, along with Professor Paul Glendinning of the University of Manchester, received $500,000 to influence the design of switched dynamical systems, such as power converters by developing a general mathematical theory for robust chaos.

“Chaos refers to irregular and essentially unpredictable behaviour despite evolution being governed by simple deterministic laws. The switching is the cause of such robust chaotic behaviour, but the reasons for this are poorly understood.

The results will be applied to encryption algorithms and prototypical models of power converters with the aim of influencing future design in these areas. Dr John Matthewson – ($300,000) What is a population? A philosophical account of population-oriented research in the sciences – School of Humanities.