Troy Kingi performing in front a portrait of the Queen.

The ballroom at Government House was filled with the sounds of folk and rock on Friday night during a performance from the award-winning musician and recipient of the Matairangi Mahi Toi Māori artist residency Troy Kingi.

Her Excellency the Rt Hon Dame Patsy Reddy said that while she’d hosted many performances at Government House over the years, from ballet to cabaret, she had never heard anything like this in the ballroom before.

“I loved the performance. Each song got better. I felt that the Queen was smiling a bit by the end – in fact I could almost swear she was tapping her foot,” said Dame Patsy.

Mr Kingi, Te Arawa, Ngāpuhi, was performing a preview of his forthcoming album Black Sea Golden Ladder, which was written and recorded at Massey University’s music studios in Wellington as part of the Matairangi Mahi Toi Māori artist residency.

The residency is a partnership between Massey University’s Toi Rauwhārangi College of Creative Arts and the office of the Governor-General that was established in 2016 to encourage and promote the development of Māori and Pasifika visual arts and creative practices. The artist in residence has the opportunity to live as a guest in a cottage at Government House as an established senior artist or creator in their field.

Mr Kingi was hosted in Wellington by Dame Patsy, from July to October of last year, where he collaborated with fellow award-winning musician Delaney Davidson to co-write and produce the album. Part of his 1O 1O 1O Series, (10 albums in 10 years in 10 genres), the album explores the folk genre. 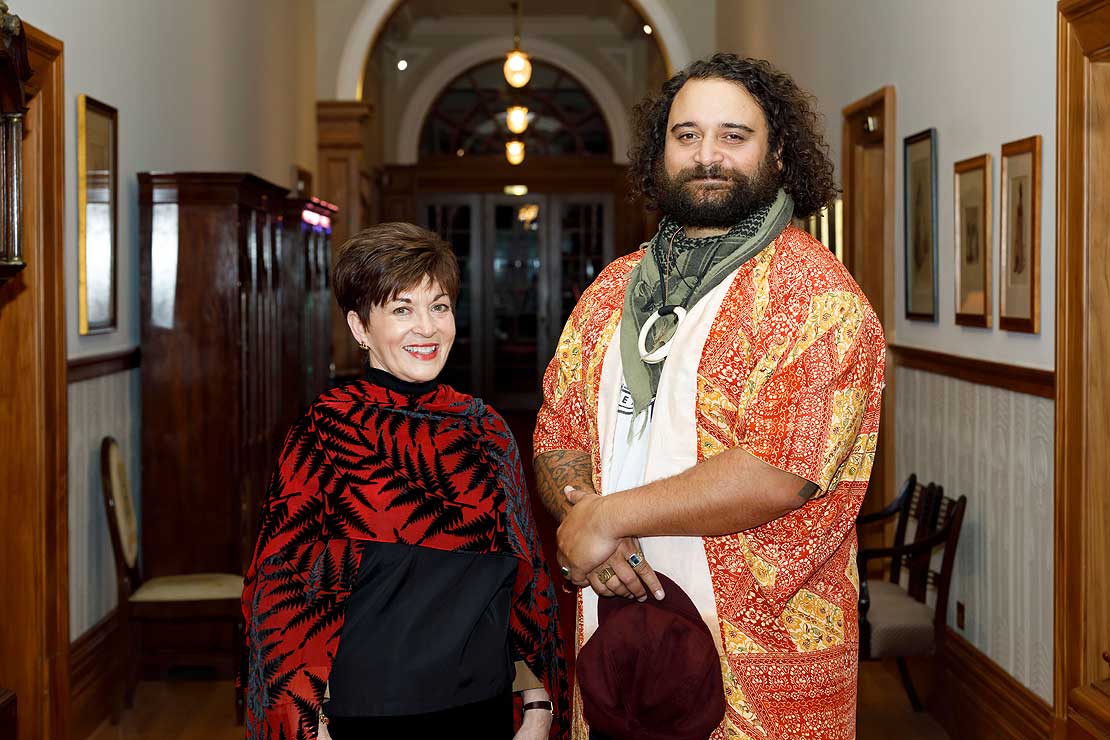 Mr Kingi said he was elated after the performance. “I suppose it was a little daunting at first, but once I got up there, I had a lot of fun. It’s a once in a lifetime opportunity to play in a place like this and it’s a little bit surreal.”

He says the residency removed a lot of the stress of recording an album. “We didn’t have to worry about where we were staying, where we were recording, how we were going to pay everyone and that’s always good when you want to be creative – although sometimes being stressed can be good for being creative as well!

“The Massey studio is amazing. Beautiful studio – it’s such a big space, and Delaney and I used the whole space with gear everywhere. I have to say – the drum room next to the control room has some of the best drum sounds I’ve ever heard recorded so it’s a good facility.”

Kahautu Māori at Toi Rauwhārangi, Ngataiharuru Taepa, says Matairangi Mahi Toi Māori is an acknowledgment of its location first and foremost on Pukeahu, and “the responsibility and privilege we have as Toi Rauwhārangi and ­­Te Ranga Tai Kura (Māori and Pacific Arts Development Team) to welcome our practitioners, our experts, and in collaboration with the Governor General and Government House, to provide them with a space that is free for them to explore their art form.

“For us our greatest reward is for our students to be with the practitioners and see them practice, and the intangible things that come from that. That’s the real reward that comes from that kaupapa.”

Mr Taepa says it was not a requirement for Mr Kingi to produce an entire album during the residency, but “that is the outcome of allowing magic people to do what they do and create magic. 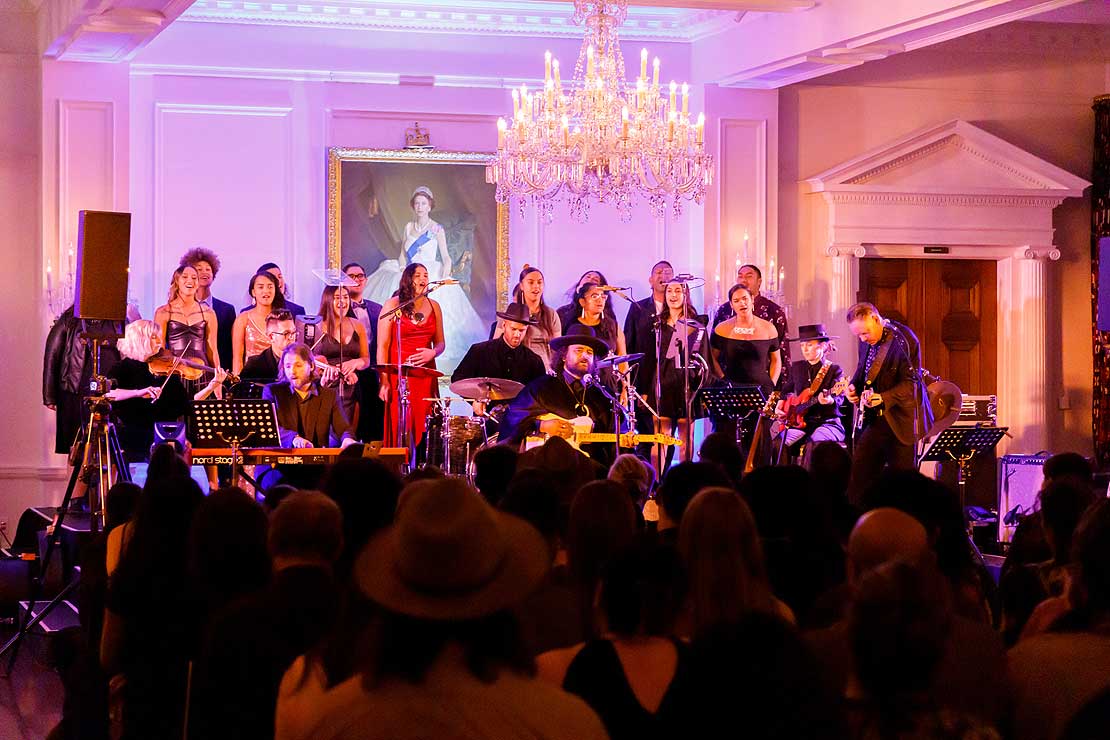 Troy Kingi and his band performing with the Ka Hao choir.

Dame Patsy said Māori arts were the essence of our culture. “The arts are who we are, our culture, and Māori arts are the unique part of Aotearoa, the special part, the Indigenous part, so it goes without saying that I think they’re very important.”

She said she enjoyed hosting Mr Kingi and his whānau at Government House. “We’ve had a huge range of artists over the years on the residency, but Troy is a superstar.”

During his time in Wellington, Mr Kingi met with more than 100 rangatahi (young people) from Massey University, whare kura (schools) and the Epuni Care and Protection Residence. He worked with first language te reo rangatahi from Mana Tamariki in Palmerston North who wrote, performed and recorded music in the Massey music studios.

He also translated and re-recorded his 2019 album Holy Colony Burning Acres into Te Reo Māori with the help of translators Komene Cassidy and Paulette Tamati-Elliffe.

At the performance on Friday night, Mr Kingi was joined on stage by Delaney Davison, his bandmates Marika Hodgson, Treye Liu, and Guy Harrison and violinists Mahuia Bridgman Cooper and Jess Hindin.