Massey University researchers are conducting online surveys in partnership with Stuff media to gauge the nation’s mood on key issues in the lead up to the September 19 elections and in the wake of a global pandemic.

More than 70,000 people responded to the first of two surveys launched in July. It was created by politics lecturer and media commentator Associate Professor Grant Duncan and political and cross-cultural psychologist Professor James Liu, with PhD student Sarah Choi, all based at Massey’s Auckland campus.

Survey questions explored how the unprecedented COVID-19 crisis is shaping our outlook on the future following massive damage to businesses, jobs and health – and what is needed to recover. The second survey will run at the end of August on Stuff, with a focus on economic recovery options.

“These pre-election surveys are giving people the opportunity to express their feelings on the present government’s performance, on how lockdown has affected them, and on some key political issues,” says Dr Duncan, author of the recent book: The Problem of Political Trust: A Conceptual Reformulation.

“The public gets to tell us how things look from their point of view. In return, we will feed back some key survey findings with expert commentary. This will stimulate pre-electoral dialogue on the real needs, perceptions and aspirations of voters. It will reduce the space available for political point-scoring, misinformation and scandal,” he says.

Along with the surveys, a team of Massey academics with expertise in political trends and leadership, economics, the role of media, health, housing and social issues are contributing media opinion and analysis pieces as food for thought and evidence-based information. These include politics lecturer Professor Richard Shaw, from the School of People, Environment and Planning, and College of Creative Arts’ Pro Vice-Chancellor Professor Claire Robinson, who specialises in political branding, marketing and communication. Theirs and Dr Duncan’s analysis is being published across global media, including on The Conversation, in the British Guardian and the New York Times. Results from the first survey have yielded rich insights, including a greater polarisation between parties, and the galvanisation of National supporters around Judith Collins (relative to previous leader Todd Muller).

The perceived mood of the country is completely different depending on whether you are among the 50 per cent who love Jacinda or not, says Ms Choi. Those who feel personally close to the Prime Minister were much happier about the state of the nation compared to those who felt closer to some other political figure.

Among surprising findings from the first survey – which ran during the tumultuous week when Todd Muller resigned as National Party leader and was replaced by Judith Collins – was a desire among 60 per cent of respondents for economic reform in the wake of the pandemic lockdown. Gauging the impact of social media

Though not a scientific poll, it was completed by close to 75,000 New Zealanders, some two per cent of the voting public. Of these, 28 per cent said their household income had reduced, 66 per cent said it was unchanged, and for five per cent their budget had actually increased.

Professor Liu says that while the survey is a non-representative sample, with over-samples of men, high income occupation professionals, Wellingtonians, older people, and ACT supporters, the sample still had Labour comfortably in front.

He is particularly interested in the way social media has influenced the way we do politics.

“Social media has been used to spread misinformation, such as advice to eat garlic or gargle with salt water as protection against COVID-19, or the conspiracy theory that the pandemic is a ruse to coerce mass vaccinations,” says Professor Liu. “On the other hand, social media can also galvanize previously disengaged citizens to become more politically active. For example, New Zealand’s “team of five million” success in containing the coronavirus was bolstered by Prime Minister Ardern’s regular use of Instagram to communicate her government’s actions to stop COVID-19 to her 1.3 million followers.”

Professors Liu and Dr Duncan are planning to write a book on the survey results and on the process of working with media to share information; “in the interests of furthering democracy by presenting voters with data from which to make informed choices.”

Professor Liu is also editing a special issue of the journal, Political Psychology, with articles from academics around the world on the theme of COVID-19 anxiety, which in places has given rise to fear and authoritarian responses evident in the thinking of mass publics in other parts of the world.

“New Zealand is very lucky to be feeling something different,” he says. “We want to capture that feeling and share it with other democracies around the world that are struggling at the moment.” 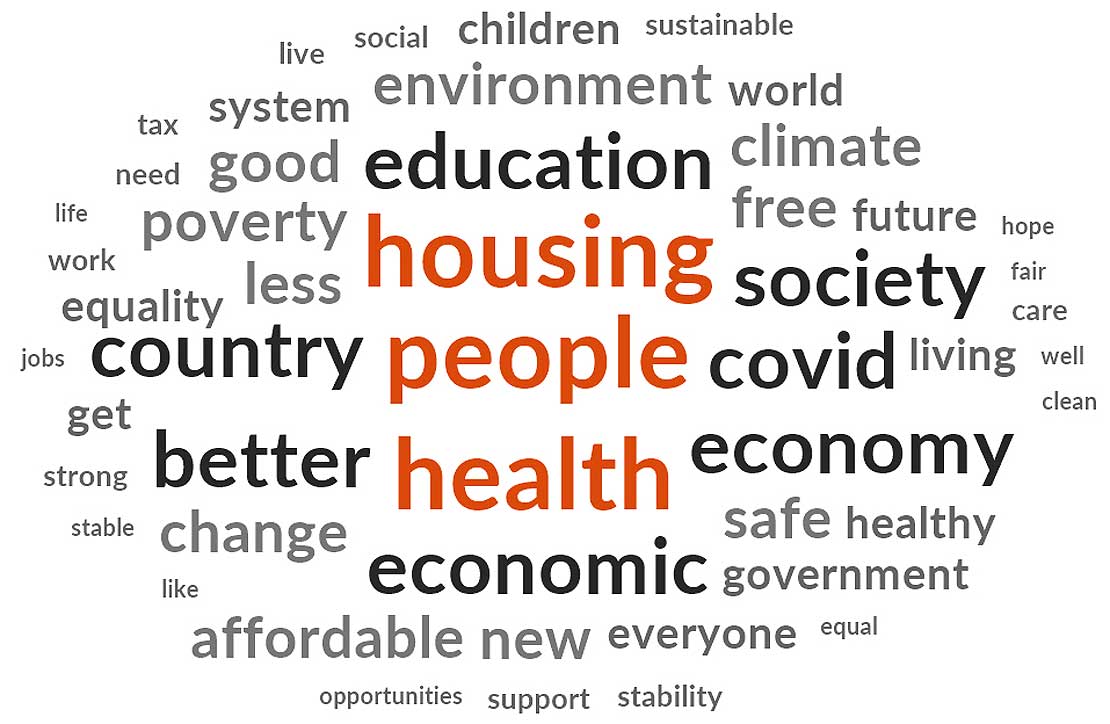 Opinion: Let’s get ahead of ourselves - fast
Survey shows 1 in 3 NZers impacted by job and income loss due to COVID-19
Opinion: COVID-19 and the election: can we keep prejudice out of politics?
The PM’s pandemic response: A masterclass in crisis leadership