The investment with impact 270 rangatahi from the Manawatū and around 100 rangatahi in Hawkes Bay. (Image credit Pūhoro STEM Academy) 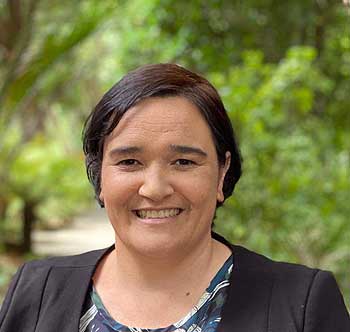 Massey University’s Pūhoro STEM Academy has received an investment of $975,000 from the Provincial Growth Fund (PGF) to support rangatahi Māori to enter study and careers in the science, technology, engineering and maths sectors.

Director Naomi Manu says it is one of the largest grants they have ever received.

“It’s a massive win, we’re just so deeply grateful; It’s going to change lives and it could lead to inter-generational change as well.”

Established in 2016, Pūhoro was developed in response to national low engagement of Māori in STEM (science, technology, engineering and maths) related career pathways. The academy partners with secondary schools on the condition that students enter into an academic pathway learning science-based subjects.

The investment will not only impact the 270 rangatahi engaged in the programme across eight schools in the Manawatū but will support around 100 rangatahi from the Hawkes Bay as the programme begins to be rolled out there.

It is estimated the funding will provide 250 participants with training over two years and help place 50 rangatahi into internships, apprenticeships or cadetships, on top of the other internships they have already secured this summer.

Ms Manu says recent research and evidence confirms the school streaming process is a racist system but the Academy is helping disrupt this prevailing narrative around Māori students engaging in the sciences.

“So many of our young Māori are being streamed out of science, which is why the largest drop off of science participation occurs between Year 11 and 12 when science is no longer compulsory at school. So, if our young students are being streamed out of academic programmes or are not eligible to continue with sciences at Year’s 12 and 13 we disrupt that, and we have since 2016 by making it a non-negotiable part of a school partnership.”

She says what they have found is their students, two thirds who originally were not on an academic pathway, are either achieving on par with or above the nationwide pass rate of non- Māori across chemistry, biology, physics and maths.

“These rangatahi, many of whom would typically be streamed out of science are engaged in science and then collectively achieving higher than their non- Māori counterparts.”

Staff from the Academy work with rangatahi within schools and Ms Manu says this particular PGF grant will provide additional supports for rangatahi at risk of disengagement. She says the Academy not only reengages these students in education and employment, but also assures the teachers consistently support the students right through their employment pathway.

“It’s not hand holding, they do the work and they’re so motivated, but they develop this self-belief and confidence that they may not have had before.”

Māori currently represent less than two per cent of the sciences and technology workforce within New Zealand and Ms Manu says the academy aims to become a driving force that targets and encourages 15 to 24-year-old’s within the Māori population in New Zealand to become part of the STEM workforce.

“That’s why this funding is so important as we are able to use our network and the STEM industries to provide opportunities for rangatahi. We have to be able to place rangatahi in internship opportunities with the Our Land and Water National Science Challenge, the High Value Nutrition National Science Challenge, the Riddet Institute, Plant and Food research and ESR.”

The Academy is also helping research organisations that require Vision Mātauranga and capability requirements to diversify their workforce which Ms Manu says unleashes innovation and diversity in STEM from a Maori perspective.

“There’s lots of transformation not only for rangatahi themselves but for the science and technology sector by having more and more Māori engaging in that sector and transforming it by bringing a unique Māori perspective,” Ms Manu says.

About the Pūhoro STEM Academy:

The Academy is based in Manawatū and was launched at the beginning of 2016. There are currently 350 rangatahi in the secondary phase of the programme and around 210 rangatahi in the tertiary phase of the programme. There are also 250 students engaged in the programme in South Auckland and around 100 in Christchurch. This recent grant will only be available for students in the Manawatū and Hawkes Bay regions as the Academy has already secured funding to support students in South Auckland and Christchurch from other foundations. The Academy’s principal partner nationwide is the Our Land and Water National Science Challenge.