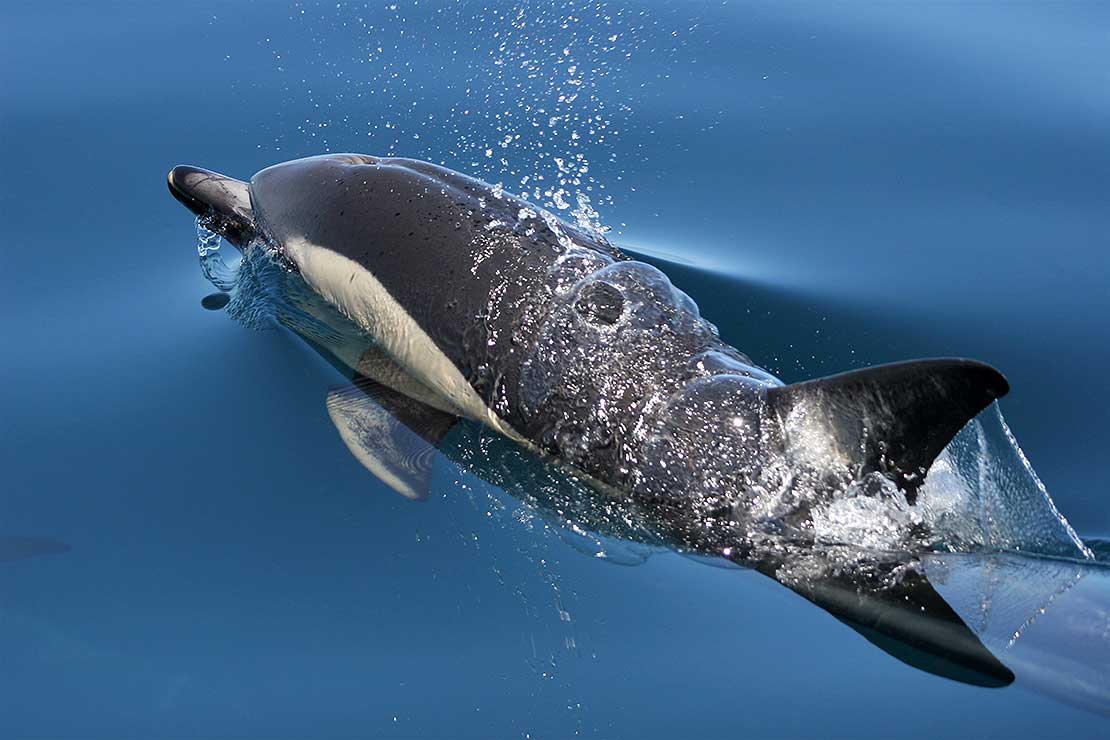 “We were surprised to learn PFAS in our dolphins aligned with levels recently reported in porpoises examined off the coast of Japan and other PFAS manufacturing countries in the past decade" - Professor Karen Stockin. Scientists have revealed emerging environmental contaminants of concern within New Zealand dolphins, with similar pollution levels to Japan despite government restrictions on the use of toxic substances.

In a new international study just published in Marine Pollution Bulletin, the authors report surprising levels of per- and polyfluoroalkyl substances (more commonly known as PFAS) in common dolphins examined post-mortem between 2019 and 2020.

PFAS are a large group of manufactured compounds that have been used since the 1950s to make products that are resistant to heat, stains, grease and water. Used in many different industrial and consumer applications, more than 4,000 such substances exist, grouped in various subclasses within the generic term PFAS. Perfluorooctane sulfonate (PFOS) and perfluorooctanoic acid (PFOA) are the most studied PFAS due to their known toxicity and are now listed under the Stockholm Convention. While PFOS use in New Zealand was phased out as of 2011, some applications of PFOA have remained possible until only recently.

Since late 2017, the Ministry for the Environment has been leading an all-of-Government programme including the Ministry for Primary Industries, Ministry of Health, Environmental Protection Authority, NZ Defence Force, Crown Law, Fire and Emergency New Zealand and Local Government New Zealand to tackle PFAS within the environment and to assess risk posed. While of concern, the concentrations and extent of PFAS reported in the New Zealand environment from this earlier all-of-Government response suggested PFAS levels were low compared to similar sites in Australia and the United States.

However, new international research led by Massey University and its collaborators, the University of Auckland, University of Sydney, Centre for Environment and Food (CEFAS), Cawthron Institute, AsureQuality and others, highlights new insights about the prevalence of PFAS in New Zealand.  Scientists examined stranded dolphins post mortem and assessed a number of environment contaminants as part of their ongoing health and life history programme.

Massey University Professor Karen Stockin, Rutherford Discovery Fellow and study lead says, “We were surprised to learn PFAS in our dolphins aligned with levels recently reported in porpoises examined off the coast of Japan and other PFAS manufacturing countries in the past decade.

“We also note that the levels reported in New Zealand dolphins are higher than those of other indicator species recently examined during the all-of-Government response to PFAS,” she adds.

“Our findings highlight two important considerations. Firstly, the remarkable ability for marine mammals to act as sentinel indicator species, and secondly, the risk apex predators such as dolphins and humans endure due to their ability to accumulate such contaminants via the processes of bioaccumulation and biomagnification.”

Dr Louis Tremblay, an ecotoxicologist at the Cawthron Institute and the University of Auckland stated: “This study confirms the persistence of this family of fluorinated pollutants. We don’t yet know the full extent of the risk these substances pose to humans or wildlife, but it highlights the need for a better management and stewardship of persistent chemicals to minimise their unintended impacts.”

Dr Shan Yi, an environmental biotechnologist and engineer in the department of chemical and materials engineering at the University of Auckland, commented: “The exposure of marine mammals is ultimately traced back to the contamination and persistence of PFAS in the aquatic environment.  From an engineering perspective, an important implication of this research is that we need efficient PFAS treatment technologies and to improve our knowledge of PFAS environmental fate and transport. Together, these technologies and improved understanding will better protect Aotearoa’s aquatic environment, communities, and unique endemic biota.”