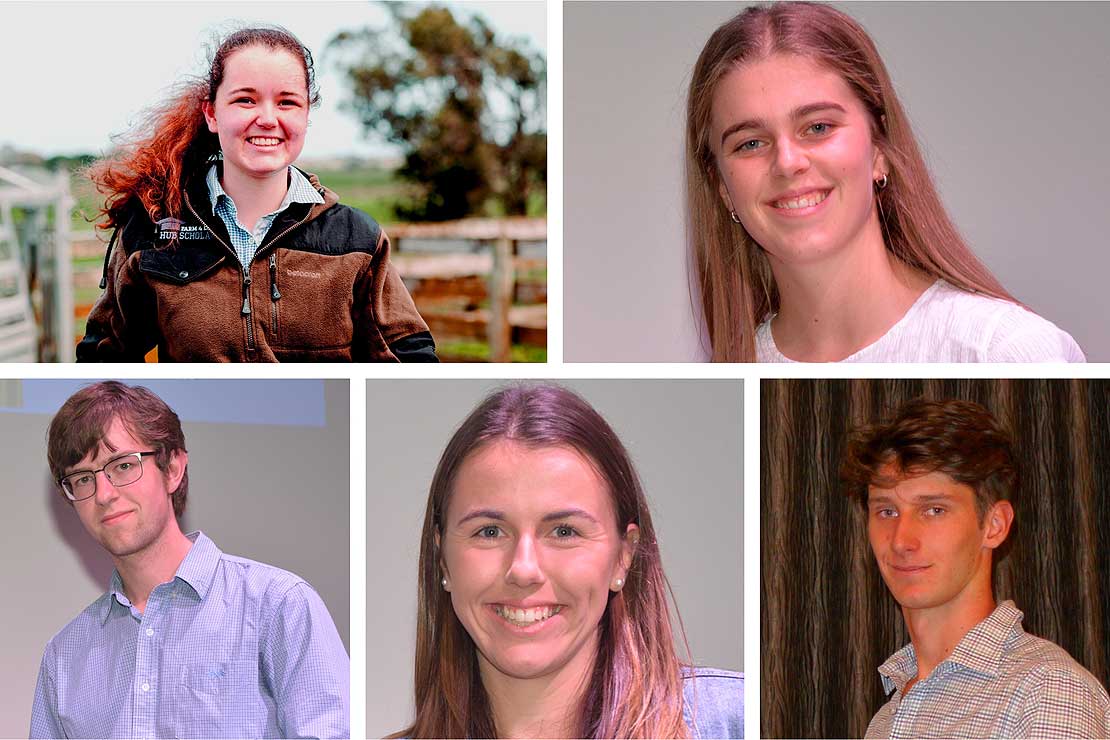 Prizes have been announced for the undergraduate agricultural and horticultural students who have excelled in the past year. Although an awards dinner was unable to be held this year, sponsoring companies were still keen to reward those students who have excelled in their studies and will shortly be going on to contribute within the primary industries.

Head of the School of Agriculture and Environment Professor Paul Kenyon says they are grateful for the continued support shown by industry sponsors. “The level of support we receive matches the demand our graduates find themselves in once they graduate.”

Hope Mauchline was the winner of the Ravensdown Award for overall top third year student across agricultural, horticultural and agribusiness degrees. She also received the AgFirst Award for having the best practicum two report. Hope has undertaken her entire agribusiness degree as a full-time distance student, working from her new home near Whanganui. In May this year she also received the Lord Bledisloe Prize for excelling in the first two years of study.

Chelsea Hopkins and Bruce Donald, who come from a Feilding dairy farm and Ohakune beef farm respectively, were each presented with a William Gerrish Memorial Award for excellence in Farm Management. Chelsea is finishing the farm management major of the Bachelor of Agribusiness, while Bruce is completing the Bachelor of Agricultural Science.

Benjamin Crane was named the recipient of the Agriculture Student of the Year Award, sponsored by Bayer. The winner of this award is nominated by fellow students, who choose who they consider to have made the best contribution to the wellbeing and reputation of students in the agricultural programmes. Benjamin is a DairyNZ scholar, and has been instrumental in running career progression events for students, as well as showing leadership in his passion for agriculture and helping fellow students with their work. The Zespri Prize for Excellence in Horticulture was awarded to Bram Paans, who grew up on a mixed organic and conventional market garden enterprise in the Wairarapa. Bram was the top student within the Bachelor of Horticultural Science degree. He has a particular interest in how to grow fruit and vegetable crops in areas not traditionally considered suitable for horticulture.

The Balance Agri-Nutrients Award for being the best second-year student across the agricultural, horticultural and agribusiness degrees went to Erika Lilley. Coming from Te Puke, Erica has an interest in both the dairy and kiwifruit industries, and is studying the Bachelor of Agribusiness in Farm Management.

The Southern Cross Horticulture Award for the best first-year student across the agricultural, horticultural and agribusiness degrees was shared by Yeun An and Sarah Ridsdale, who got identical grades. Yeun was born and raised in Auckland and initially began an engineering degree at the University of Auckland before realising that agriculture was where her true passion lay and enrolling in Massey’s Bachelor of Agricultural Science. Sarah is similarly doing the Bachelor of Agricultural Science degree, and is keen to learn more about sustainable agriculture.