Opinion: The communicative strategies of Hindutva 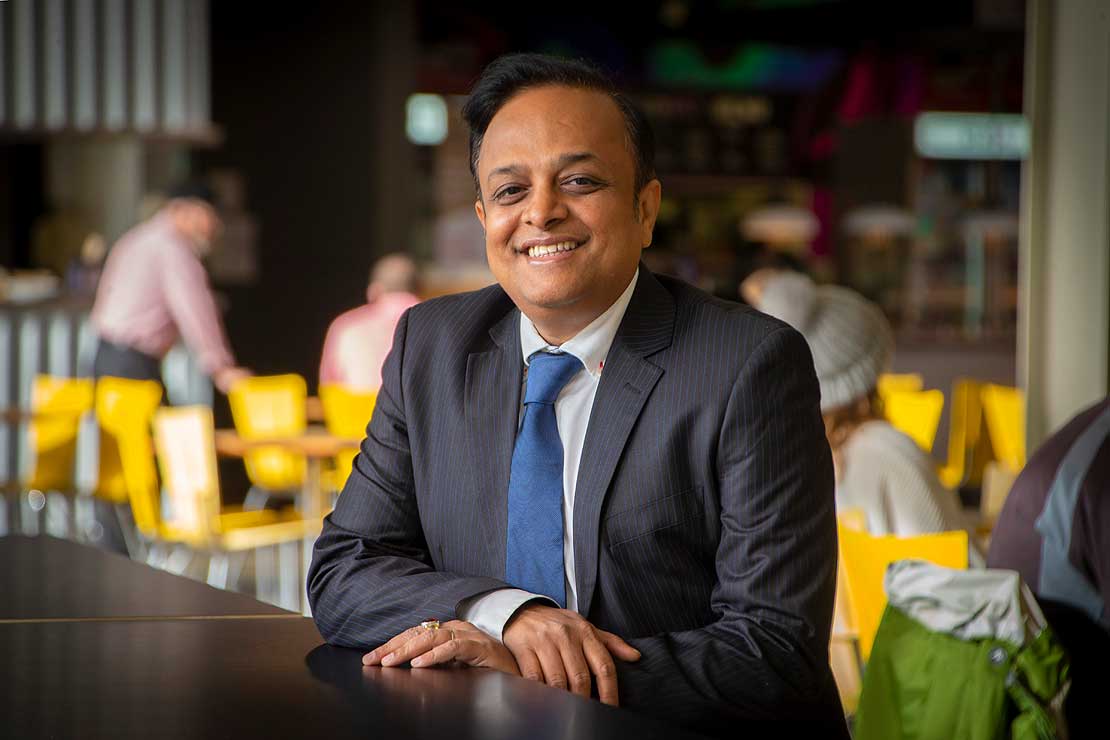 Professor Mohan Dutta, director of the Center for Culture-Centered Approach to Research and Evaluation (CARE) at Massey University.

Hindutva, a political ideology that seeks to construct India in the structure of a Hindu nation (Hindu Rashtra), draws its conceptual tenets from the organising framework of fascism. As a modern project, Hindutva is rooted in the desire to create a Hindu nation that is organised on the principles of the European nation-state through cultural hegemony that homogenises the population, simultaneously erasing the rights of religious minorities.

The fascist root of Hindutva is evident in the writings of one of the key architects of the concept, MS Golwalkar, who writes: "German race pride has now become the topic of the day. To keep up the purity of the race and its culture, Germany shocked the world by her purging the country of the Semitic races - the Jews ... a good lesson for us in Hindustan to learn and profit by."

Note here the deep interplays of the ideology of Hindutva and white supremacy. The purity of race and culture that forms the hate structure of white supremacy is mobilised in the political formation of Hindutva. Hindutva embodies the colonial imposition of a politics of purity through the purge of the 'other' organised by the state.

One of the key architects of Hindutva, Vinayak Damodar Savarkar, wrote the book Hindutva in 1923, outlining the concepts of a common nation (rashtra), a common race (jati) and a common culture or civilisation (sanskriti). Note the parallels here with the ideology of the German Nazi party, anchored in ein volk (one people), ein reich (one nation), ein Fuhrer (one leader).

The effects of this ideology are evident in the hate and violence that have been directed at Muslims. The ongoing political project of disenfranchising Muslims through the Citizenship Amendment Act (CAA) is a reminder of the Nuremberg Laws passed in Nazi Germany to strip German Jews of their citizenship.

The celebrated Indian film-maker Anand Patwardhan, observed at the Dismantling Global Hindutva conference, “If Hindutva is Hinduism, then the Ku Klux Klan is Christianity.”

The recent attacks on me, the Center for Culture-Centered Approach to Research and Evaluation (CARE), Massey University, and on academics globally writing on and debating about the pernicious effects of Hindutva, are reflective of the hegemonic communicative infrastructure of Hindutva. At the heart of this hegemonic infrastructure is the silencing of dissent while imposing a monolithic ideology. In this instance, Hindutva proclaims to speak for all Hindus as it carries out this fundamental attack on academic freedom.

From trolls reproducing digital hate, to hateful propaganda published in diaspora digital portals, to letter writing campaigns targeting the university, to petitions attacking the university for steadfastly supporting academic freedom, forces of Hindutva draw on a wide range of strategies. Hindutva deploys bullying and rhetorical fallacies to silence dissent because it lacks the tools of argumentation to appeal to reason.

Referring to these forces of Hindutva at work to silence academic freedom in the form of the organised attacks on the Dismantling Global Hindutva conference, Professor Gyan Prakash, Dayton-Stockton Professor of History at Princeton University, observes: “The extraordinary thing about the conference was the massive disinformation campaign by those seeking to prevent the academic scrutiny of Hindutva. The campaign launched against this conference was concerted, comprehensive, and entirely without scruples. As has been covered in the Guardian and Al Jazeera, many participants received threats, including death threats. We know that, as a co-sponsoring institution, you also faced overwhelming pressure to pull out from this conference. The threats include nearly every threat to academic freedom listed on the AAUP's (American Association of University Professors) website.”

Of particular concern in western democracies are the threads of foreign influence and interference into academic freedom and the fabric of pluralism.

In western democracies, Hindutva seeks to silence criticism by communicatively inverting the violence perpetuated by the political ideology of Hindutva, while simultaneously playing to the ethos of superficial western multiculturalism. It projects a narrative of fragility, constructing references to Hinduphobia, in seeking to assert its cultural hegemony in the diaspora, while simultaneously silencing dissent and articulations of social justice. Hindutva actively erases the voices of adivasis (indigenous people), oppressed caste communities, women experiencing gender violence, gender diverse communities, and minority communities in seeking to establish the hegemony of its monolithic values.

In our work at CARE that seeks to co-create spaces for the voices of the 'margins of the margins' to be heard, we will continue to pursue our justice-based scholarship in spite of the organised forces of hate seeking to silence these voices by policing the term Hindutva. We are empowered in this work by the steadfast support of the leadership of Massey University in safeguarding our academic freedom, and in the protections offered by the Education Act 1989.