Māori perspectives need to be included in discussions about Antarctica's future, according to authors of an article in Nature Ecology & Evolution (photo:Derek Oyen/Unsplash).

The inclusion of Māori and other Indigenous philosophies in the conservation management of Antarctica is the theme of an article co-written by Māori philosopher Associate Professor Krushil Watene.

Just published in the prestigious Nature Ecology & Evolution scientific journal, the article –  Transforming Antarctic management and policy with an Indigenous Māori lens – asserts that customary Māori practices and values align with the need for protecting Antarctica’s resources and environment.

Bringing together Indigenous frameworks to bear on Antarctica’s future for the first time, the article sets out to establish an impetus for New Zealand, other nations, and Indigenous peoples to consider prerogatives and obligations as party to the Antarctic Treaty System (ATS). They include other obligations such as the 1840 Treaty of Waitangi.

Although a review of the Antarctic governance is not due until 2048, Dr Watene, from the School of Humanities, Media and Creative Communication, says she and the six mostly Indigenous authors from Massey and Otago Universities, and Te Rūnanga o Ngāi Tahu, feel strongly that changes to governance need to be considered now.

“Māori narratives about Antarctica provide us with new ways of thinking about our relationships with and responsibilities to the sea and landscapes,” the authors say.

“Whakapapa, and the broader Māori concepts that it invokes, provides an alternative cultural lens through which to analyse the human-environmental relationship with the Antarctic.” Could Antarctica be best protected by having legal personhood status? (photo:Cassie Matias/Unsplash)

Time for a sea change in approaches to Antarctic conservation

A shift from heroic exploration and resource exploitation to envisaging Antarctica as an entity with rights and protections – by granting it legal personhood – is among the approaches the authors put forward. Prerequisites for bestowing legal personhood to a natural entity include the Whanganui River as well as other international examples – the legal system of India protects the Ganges River; Colombia’s Atrato River; Ecuador’sVilcabamba River; and Australia’s Yarra River.

“Over the last 200 years, heroism, risk, strength and self-sufficiency have been at the heart of dominant historical Antarctic narratives and claims, and these characteristics have far-reaching consequences for present policy and governance,” they say. “As we move towards a likely review of Antarctic governance in 2048, we are concerned that proposed initiatives, discussion and decision-making will centre on not only a commitment to conserve Antarctica as an uncharted, pristine and unowned territory, but also feature aspirations for wealth creation in tourism and fishing, and the potential for mining exploration.” 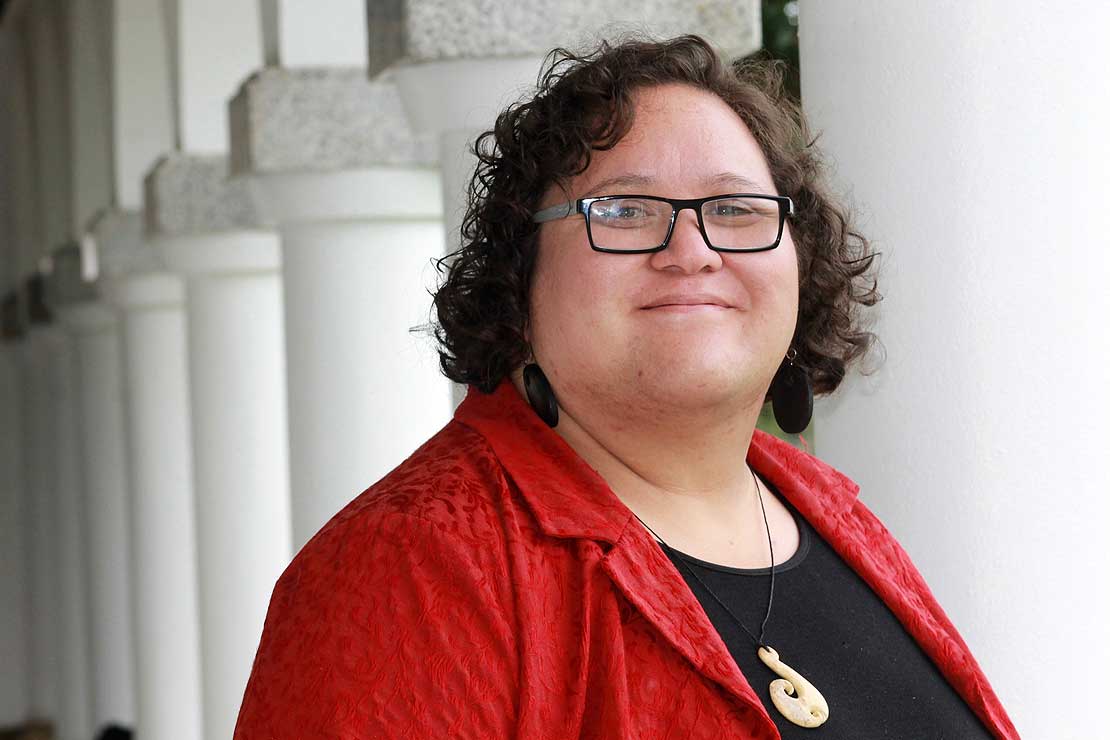 The authors highlight fascinating historical links Māori had with the frozen continent. “Human voyaging into Antarctic waters by Hui Te Rangiora and his crew on the vessel Te Ivi o Atea in around the seventh century may have followed cetacean migratory routes from Rarotonga in the Cook Islands.

“In so doing, they were perhaps the first humans to set eyes on Antarctica; evidence of their likely discovery lies in its name Te tai-uka-a-pia which denotes the frozen ocean, as well as oral accounts handed down through the generations.”

Key customary Māori practices that could be applied to the Antarctic context include imposing catch and size limits, use of seasonal and spatial closures, protection of important habitats for fisheries management, protection of associated and dependent species, and compliance and enforcement.

“Such ecosystem commitment is inherent in the Māori concept of whakapapa, which draws attention to the roles and responsibilities that our relationships encompass within Indigenous knowledge and knowledge systems, where knowledge, philosophies, processes and practice are intertwined,” the authors say.

“Whakapapa in its fullest sense highlights the foundation on which human networks of relationships are built and is thus central to Māori philosophical frameworks. Such Indigenous frameworks provide us with alternate models for decision-making, socio-environmental management, and ecosystem and fishery management by highlighting the relational responsibilities of humans toward non-human kin that best practice encapsulates.

“By moving beyond the Western liberal, nationalistic and geopolitical approach we currently experience, and by including nations and peoples with diverse economies and perspectives in the Antarctic Treaty System, we can strengthen a commitment to Antarctica for future generations.”

Recognising the intrinsic link between the well-being of tangata (people) and whenua (lands and waters), Māori have an intergenerational obligation to ensure the relationship with Antarctica is reciprocal and sustainable.