Which sports drinks are best for hydration? 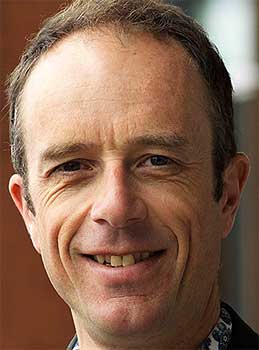 Hypotonic drinks ingested during exercise hydrate better than isotonic, hypertonic, and water-based sports drinks, according to new research led by a team from Massey University.

Sports drinks, those typically containing carbohydrates and electrolytes, are commonly used during exercise for hydration purposes. The drinks can be formulated to be more concentrated, similar, or less concentrated (hypertonic, isotonic, hypotonic) than body fluids.

Professor Rowlands says there was some confusion and misinformation about which type of sports drink is the most effective at hydrating during prolonged periods of exercise.

“We extracted and analysed data from 28 studies that consisted of healthy individuals and athletes drinking these drink types, as well as water, while cycling or running for prolonged periods of up to three hours, to see what effect the drinks had on central hydration. We assessed this by the simple change in blood plasma volume compared to rest.”

The findings showed one key result: hypotonic drinks, which typically contain a lower amount of sugar and salt, hydrated better than isotonic and hypertonic sports drinks.

Professor Rowlands says looking at the quantity and type of carbohydrate mix in all of the drinks was a large contributing factor.

“Hypotonic drinks typically contain about half to two thirds of the sugar found in isotonic and hypertonic drinks. When sugar [sucrose] is broken down in the intestines into two smaller sugars [fructose and glucose], the result is the concentration of sugars about doubles. This then draws more water out of the body and into the intestines, effectively the reverse of what an athlete wants when trying to hydrate.”

Although, he adds, drinks with more carbohydrates do provide more energy, which is useful for long-duration exercise performance.

“Interestingly, we found that most of the commercial isotonic sports drinks contained a high amount of ordinary sugar. So, in the gut the isotonic drink’s sugar concentration was doubled because sugar is disaccharide comprising glucose and fructose, and the effect on hydration was similar or worse than a hypertonic drink,” Professor Rowlands says.

The team studied the change in plasma volume during exercise, the liquid portion of the blood, and how this was affected by the different drinks. Plasma makes up around 55 per cent of our blood volume, which is important to maintain during exercise to keep up the capacity for oxygen and nutrient delivery to the working muscles, and distributing heat from the muscles to the skin for loss.

“If the plasma volume starts to drop, our cardiovascular system will have to work harder to maintain blood pressure and blood flow to the muscle and the skin. During exercise, plasma and blood volume starts to decline as people become more dehydrated, so our measurements looked at which of the four drinks was most effective in slowing down the decline in plasma, and hypotonics came out best.”

Professor Rowlands says another surprising finding was evidence for a small but worthwhile benefit to hydration with hypotonic drinks compared to water. The research suggests that this may be due, in part, to the sodium in the drinks that helps to retain water in the body and limit losses through urine.

“If there hasn’t been a substantial amount of dehydration and athletes are drinking water it will dilute sodium and increase urine production. This may also occur if too much hypotonic drink is ingested.

“On the other hand, when there has been a substantial amount of dehydration, usually around three to four per cent bodyweight lost or more, then the athlete is more likely to experience declines in performance. In these cases, drinking water or hypotonic sports drinks are likely to be more beneficial because the sodium concentration in the blood has gone up and so drinking more water will dilute the concentration back down towards normal whilst also recovering plasma volume and cardiovascular function.”

Professor Rowlands says a second suggestion that would explain the improvement in hydration with hypotonic drinks compared to water is the effect of the carbohydrate component in the hypotonic drinks. “When these carbohydrates get absorbed in the middle of the small intestine, it helps to draw in water into the body.”

The researchers also noted the benefit of hypotonic beverages for hydration was further improved as exercise intensity increased.

The team are now wanting to focus future research on how effective hypotonic beverages are on exercise performance.