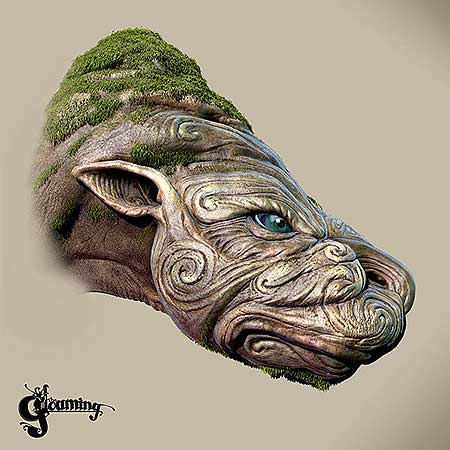 The Gloaming by Hamish Fraser. The Gut by Tahiwi Trenor Hunt and Rhys Humphries.

Massey University is introducing concept design as a specialist major in its Bachelor of Design with Honours programme, a first for any Australasian university.

Concept design is a dynamic new area of study that creates the ideas behind film, television, gaming, performance, products and interactive experiences. This new design major will set graduates up for careers in New Zealand’s booming film and entertainment industries.

School of Design head Professor Brian Lucid says the new major has been created to meet demand for qualified concept designers in New Zealand. “There is growing demand for graduates who can apply rigorous speculative thinking at a strategic level,” Professor Lucid says. “Our graduates will gain transferrable skills that can be applied whether in business, government, or within social and civic enterprises.”

Massey graduate and concept designer Hamish Fraser works at independent games studio A44 on open world and action-RPG games. “I had been interested in concept design since high school, from watching movies and playing games growing up. I took computer animation, and illustration papers. It took a while to realise I could do it, and build skills to working as a designer,” Mr Fraser says.

“Having a major at the university level will help people get those skills under their belt before they go into their workplace.”

The major is open for applications now for semester one, 2020.