Methamphetamine easier to buy than cannabis 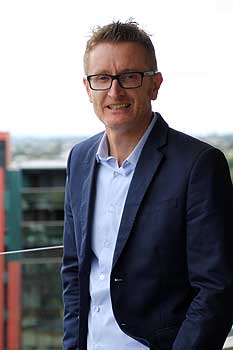 The study, carried out by researchers from Massey University’s SHORE and Whāriki Research Centre, aimed to measure the availability of alcohol and drugs and demand for help services for substance use problems in all regions of New Zealand. The first of a series of research bulletins reporting the findings has been released today. Detailed analysis of the findings will be presented to the Ministry of Health and other government agencies later this month.

The anonymous online survey, promoted via a targeted Facebook campaign, was conducted from November 2017 to February 2018. A total of 6,100 people completed the survey. Participants were asked a series of questions about the availability of the drugs they had used in the past six months. Anonymised surveys were carefully reviewed to ensure high quality and consistent data.

“While there have been anecdotal reports around the country that meth is easier to obtain than cannabis, to date there had been no data available to verify these claims, or confirm the extent of the issue throughout New Zealand,” Dr Wilkins says. “These findings suggest a need to further prioritise the focus on meth, rather than on cannabis. This could include increasing access to help services for substance use problems for people living in the regions.”

This raises some serious questions concerning the supply of drugs and policy settings in relation to different drugs types. “Is the higher availability of methamphetamine the result of an intentional strategy by drug dealers who are seeking to maximise profits by promoting the sale of a more addictive drug type with a higher profit margin? Does the current supply reduction strategy need to be refocused on methamphetamine rather than cannabis?

“Methamphetamine is widely considered to be the more harmful drug, but cannabis is more vulnerable to routine law enforcement activity due to the space and time required to cultivate it, and its bulky and distinctive physical appearance and smell,” Dr Wilkins says.

Regions where lower availability of methamphetamine was found were in Auckland, Taranaki, Wellington, Nelson/Marlborough, Canterbury and Otago.

Forty-five percent of the sample was female and the average age was 29 years old (range 16-87 years). Twenty-one per cent identified as Māori and 72 per cent Pakeha. Thirty-five percent had completed secondary school education, 33 per cent a polytech or trade qualification and 28 per cent had a university degree. Eighteen percent were students, 11 per cent unemployed or on a sickness benefit and 65 per cent were employed.

The research was carried out by Dr Wilkins, with Jitesh Prasad, Dr Marta Rychert, Dr Jose Romeo and Thomas Graydon-Guy.

The SHORE and Whāriki Research Centre would like to acknowledge the support of the Community Action on Youth and Drugs (CAYAD) with special thanks to the Te Runanga O Ngai Te Rangi Iwi Trust.