Dr Kathryn Beck has been awarded nearly quarter of a million dollars to investigate how diet and lifestyle patterns affect the health of older people. 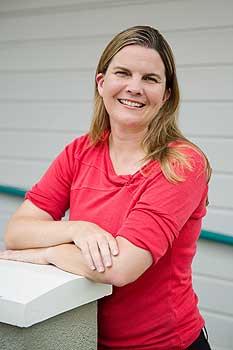 Dr Kathryn Beck from Massey University’s School of Food and Nutrition has been awarded nearly $250,000 from the Health Research Council of New Zealand to find out how diet and lifestyle patterns affect older people.

Dr Beck is one of 13 researchers to receive emerging researcher first grants valued at a combined total of $3.03 million from the Council’s 2017 funding round.

“Age related cognitive decline is one of the most serious health issues we face as the New Zealand population ages. Identifying dietary and lifestyle patterns and their associations with cognitive function and metabolic health is important to ensure people maintain optimal health and independence for as long as possible,” Dr Beck says.

Rather than focusing on individual foods and nutrients, a dietary pattern approach looks at the overall diet and how foods are eaten in combination, she says. “New Zealanders are likely to have different dietary patterns to those seen overseas. Identifying the unique dietary patterns of New Zealanders and their associations with cognitive function and metabolic health is the first step in developing recommendations to ensure optimal cognitive function and metabolic health as people age.”

Dr Beck says variables including physical activity and genetic factors will be controlled for. “Dietary patterns will be determined using a validated food frequency questionnaire, and cognitive function will be assessed using a range of tests focusing on areas such as memory and attention.”

This research will form the platform for a subsequent longitudinal study and future randomised controlled trials. Dr Beck has been awarded $246,508 to carry out her study over 36 months.