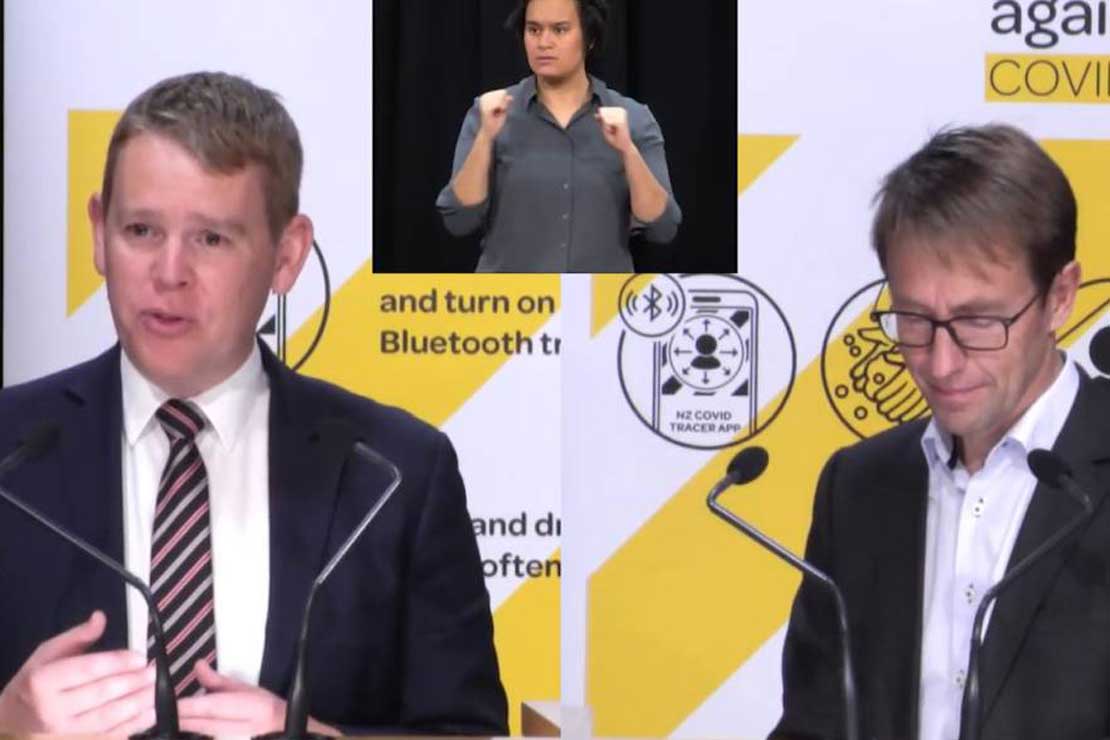 COVID-19 Response Minister Chris Hipkins’ slip of the tongue has taken out New Zealand’s Quote of the Year competition, beating a toddler’s response to seeing a goat by a mere 0.5  percent of votes.

The quotes were neck to neck throughout the polling, which had a record 8,296 votes cast.

Hipkins’ slip of the tongue occurred during a press conference in August when he accidentally referred to New Zealanders going outside to “spread their legs”. The unusual health advice brought raised eyebrows from Dr Ashley Bloomfield who was standing next to him. The gaffe attracted 38.9 per cent of the votes.

Winners from day one
Massey speech writing specialist and competition organiser Dr Heather Kavan said Hipkins’ and the toddler’s quotes were streaks ahead in the poll within the first hours of voting.

Kavan attributes their success to the light relief they provided during the pandemic. “The videos sparked wit and creativity across the internet as New Zealanders revelled in the footage.

“Almost immediately, Hipkins’ gaffe became a rallying cry to ‘Spread your legs, not the virus,’ and the toddler’s goat quote became an internet sensation.”

The gaffe that energised a nation
The full impact of “spread their legs” may never be known, and there is social media speculation that it could increase New Zealand’s birth rate, Kavan said.

“New Zealanders posted photos of themselves and their pets spreading their legs, while the Royal New Zealand Ballet tweeted photos of its dancers doing sculpture-like leg poses that most of us could only dream of accomplishing.

“There was also a heady remix video with the sign language interpreter’s gestures portrayed as dance moves.”

This is not the first time a slip of the tongue has won Quote of the Year. In 2018, Leader of the Opposition Simon Bridges beat top New Zealand comedians in the poll with his accidental reference to deputy Paula Bennett as ‘Paula Benefit’.

The toddler and the goat
Runner-up “No, it’s a f…ing goat!” was an unusual quote for the top ten because of the speaker’s young age. Although the two-year-old’s name was already public, the judges de-identified her in case the list had ramifications for her when she was older.

it was the child’s innocence that wowed voters, Kavan said. “Most of the other speakers had a topic of national importance and a relatively sophisticated vocabulary. But the toddler had a sincerity that viewers loved.”

Like “spread their legs”, the goat quote took on a life of its own, spawning social media commentary and a parody video in which the goat was replaced by footage of Donald Trump dancing. The parody has since been removed from YouTube.

Kavan said her favourite comment was by Twitter user Andrew Frame who imagined how annoyed New Zealand’s 26.16 million sheep must be that the country has gone viral because of a single goat.

Jemima Gazley
Third place, with 13.8% of the votes, went to a more serious quote—Jemima Gazely’s “If I can't be cured, I'll be the cure.” Fourteen-year-old Ms Gazley was diagnosed with inoperable brain cancer in February and spent her last weeks crowdfunding to help Australian researcher Dr Matt Dun find a cure.

“If ever a quote told a story, it’s this one. My hope is that Jemima’s family can take some small comfort from knowing her courageous words will endure.” Kavan said.
New Zealand’s Quote of the Year competition began in 2011 and celebrates the country’s best language moments.