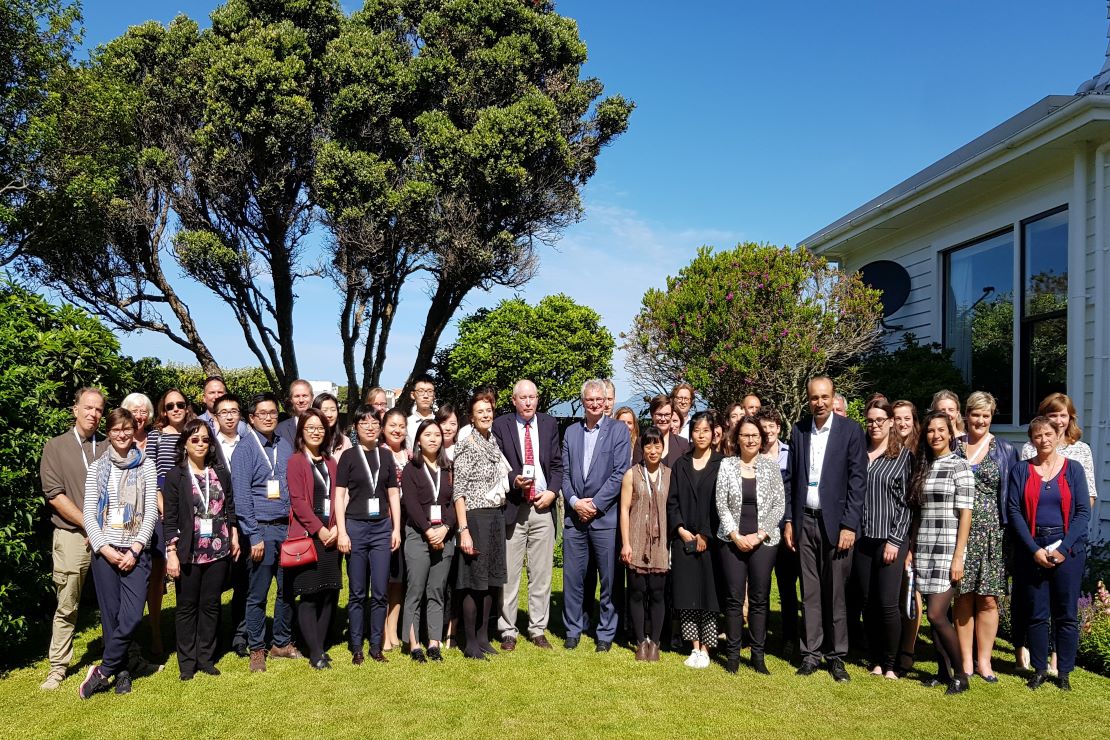 Distinguished Professor Paul Moughan has been honoured with a Supreme Silver Medal from Wageningen University and Research Centre, one of the Netherlands' top universities.

Professor Moughan, a Fellow Laureate of the Riddet Institute, has a long and distinguished career in protein science both at Massey and at Wageningen, where he spends time working and teaching every year.
Wageningen brings together the university and the Dutch Government-owned former agricultural research institutes and has 12,000 students. It is the top-ranked university in the world for agriculture, food science and technology and consistently ranks in the top 150 universities of the world.

Professor Louise Fresco, president of Wageningen’s executive board, presented the medal at a ceremony in Wellington. “This honour is extended very rarely and is because of Professor Moughan’s excellence in protein nutrition research, and committed and motivated collaboration with Wageningen. We have had over 80 collaborative research projects together, over 34 years,” she says.

Professor Moughan’s association with Wageningen started in 1985 when he first travelled to the Netherlands for a sabbatical period to work in the area of mammalian growth simulation modelling. He is the only honouree outside the university to receive the Wageningen Silver Medal since international recipient Kofi Annan, Secretary-General United Nations in 2008.
Professor Moughan says: “Wageningen University is as much my university as Massey is and our collaboration is strong, and any efforts I have put in were returned several-fold over the years.
“Collaboration is the glue that holds our relationship together. This will become even more important as agriculture and food become the defining areas of research over the next few years.”

Professor Moughan has set up a number of joint research programmes with Wageningen. The Proteos project on protein evaluation of human foods is the latest joint programme where Professor Moughan has actively involved animal and human nutrition groups. This project is part of the first memorandum of understanding signed between Massey and Wageningen University in 2013 and has largely been established as a result of the efforts of Professor Moughan. The Proteos project aims to develop an international database of the protein quality of human foods.