“The results from this year’s data strongly indicate that employee and organisational productivity and sustainability would greatly benefit from a focus on these four features,” Professor Bevan Catley says. 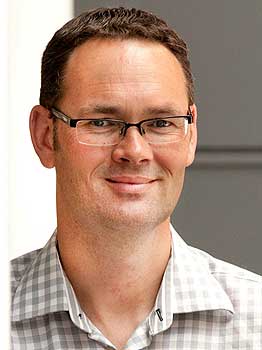 Professor Bevan Catley from the School of
Management.

A survey by Massey University’s Healthy Work Group of more than 1400 people from 21 New Zealand workplaces has found four key features associated with positive outcomes for both employees and organisations.

Professor Bevan Catley says the survey highlights where businesses wanting to have positive working outcomes for individuals, which ultimately leads to better organisational outcomes, could direct their attention. “Based on this year’s data, these four variables appear to be the key resources which organisations, industries and policy makers should focus on for developing and sustaining worker health and wellbeing, and for positive individual and organisational outcomes more generally,” Professor Catley says.

The first is perceptions of organisational justice, or being treated fairly across all areas of the organisation and aspects of the employment relationship.

The second is feelings of inclusion, or being involved in the decisions affecting work and having access to information which affects work, including having the required resources to get the job done.

The third was having a positive, thriving psychosocial safety climate which involves equal emphasis on management’s visible, substantive and on-going commitment and prioritisation of health and wellbeing, along with clear communication and involvement of staff in implementing positive changes.

And the final feature is perception of management competence, which includes management qualities such as integrity, empowerment, conflict management, being empathetic and being accessible.

“The results from this year’s data strongly indicate that employee and organisational productivity and sustainability would greatly benefit from a focus on these four features, and therefore organisations might want to consider what this might look like for them,” Professor Catley says.

Interestingly, the findings appeared to indicate that the COVID-19 pandemic did not have a substantial impact on businesses and how employees worked. However, the researchers say this is almost definitely not the case, as industries such as tourism, health or education which were more widely affected by the pandemic were not represented, nor was data collected from individuals who were not employed at the time of data collection.

More positively, previous participants in the NZWB have been using the results to direct their healthy work initiatives and it is likely that this helped them to buffer the challenges associated with COVID-19.

- Older (65+) and young (under 26) participants reported the highest levels of job satisfaction, with the lowest levels reported by those aged 26-54.
- Levels of mental wellbeing were higher among males and older workers. It was also higher for those respondents in managerial roles compared to non-managerial roles.
- Almost 40 per cent of respondents reported having witnessed others being bullied.
- Higher levels of job flexibility were related to a higher psychosocial safety climate and inclusion, and less conflict caused by incompatible demands between work and family roles.

Click here for more information or to get involved in the next study.